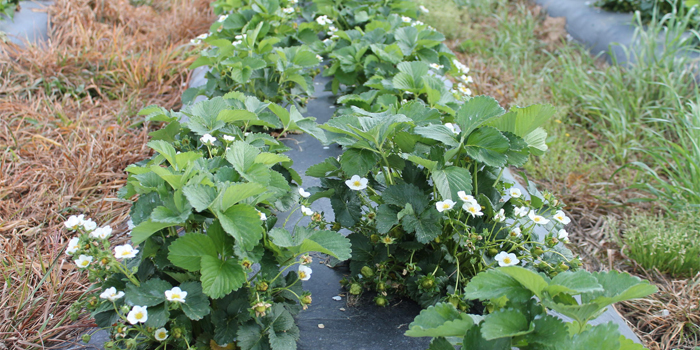 Kevin Hall and his wife, Lara, grow strawberries in Charlotte on land that has been in Kevin’s family for four generations.

But launching a pick-your-own produce farm in Charlotte’s Ballantyne-area was not a predictable career path for a couple with engineering degrees from Virginia Tech who knew nothing about strawberries.

“I never came from a strawberry-picking background,” Kevin says. “I don’t ever recall picking strawberries as a child.”

It was Kevin’s uncle, Tim, an agronomist with the state of North Carolina, who first suggested a strawberry operation. After taking time to do research and purchase equipment, Kevin and Lara produced their first crop of berries in 2008. Weather, location, and customer demand are all integral to the business.

The land they farm dates back to Kevin’s great-grandfather, John Kistler Hall Sr., who saved his money and once amassed about 600 acres, where he grew cotton. Much of the acreage was later sold off in the 1950s. 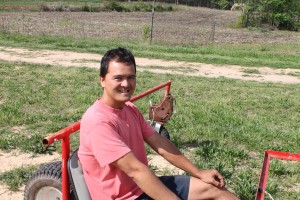 Kevin Hall operates Hall Family Farm in Charlotte with his wife, Lara, on land that has been in his family for four generations.

Kevin’s grandfather, Leitner, was a police officer, not a farmer, though he did garden. Tom, Kevin’s father, is an engineer.

Kevin and Lara have heard Hall family stories preserved through the years, such as the one about a time many years ago when a crop-dusting plane in the area was said to have clipped some power lines and crashed nearby. One of Kevin’s favorite memories centers around his great-uncle, Harry, and an old family homestead no longer standing. Kevin remembers entering the farmhouse kitchen as a child and watching Harry slather an entire stick of butter on bread, then smash the whole thing together to make a sandwich of it.

Lara likes spring on the farm, including “just seeing how nature takes its course,” she says as she watches birds fly overhead on a recent morning. 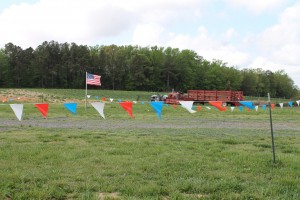 Hall Family Farm is producing strawberries this spring and will produce pumpkins in the fall.

There are about 37,000 strawberry plants in Kevin and Lara’s fields this year. Each plant should yield 50 to 70 strawberries. About 75 percent of the Halls’ berries are Chandler strawberries, which Kevin says are superior in aroma and flavor.

In a field of Chandler strawberries, “the smell will just about knock you down it’s just so excellent-smelling,” he says.

The rest of the strawberries are the Camarosa variety, known for its large size and vivid red color.

“I tell you what my son’s favorite way to eat a strawberry is: grab that strawberry in one bite, the top third of the pointy end – the sweetest part – and throw away the rest. You can see this trail of one-third-eaten strawberries,” Kevin says.

Funnel cakes are a new treat to be sold at the farm this season. The Halls tested 10 products before narrowing their choices to two commercial mixes they plan to experiment with, adapting the recipes and adding ingredients as needed. 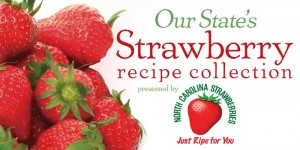 Strawberries, however, are the main attraction. If customers pick the strawberries themselves, they are $2.19 a pound. Pre-picked strawberries are $2.99 a pound.