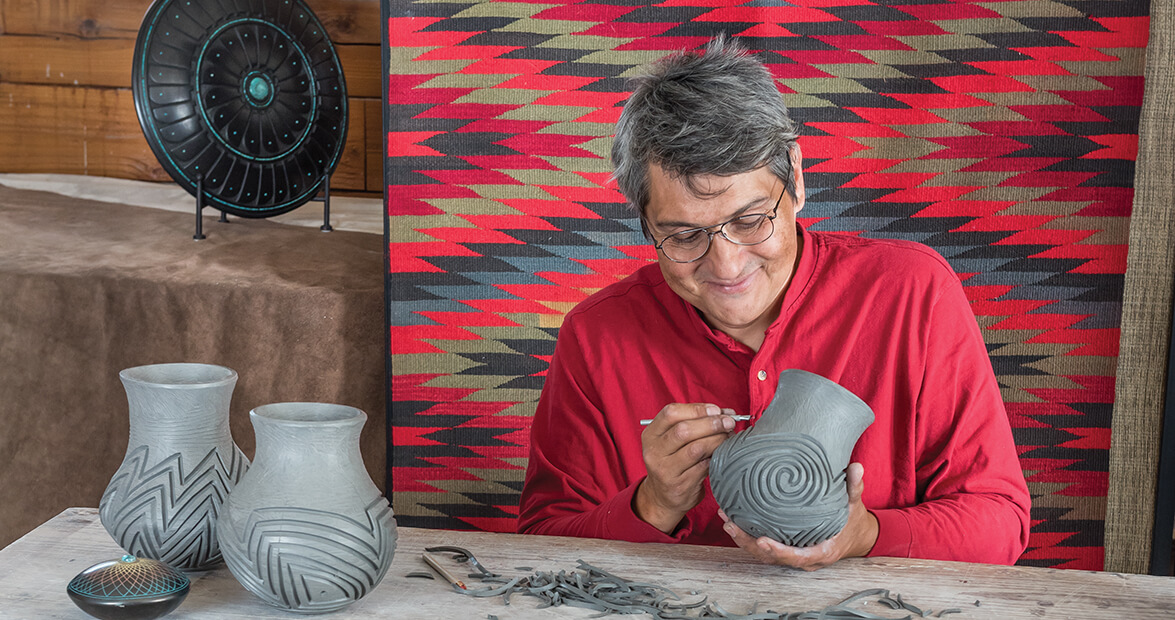 “Pottery was born into me,” Joel Queen says, and rightly so, with eight generations of Native American “coil-built” traditional pottery on his family tree. In a roadside studio near Cherokee, Queen uses only his fingers and a small amount of water — no potter’s wheel — to create thin-walled, patterned pieces, the same way his ancestors did, “hand-building” blue clay and engraving or stamping it with textured paddles he’s carved himself. Smooth quartz stones and even Mason jar lids are his polishing tools, and when it’s time to fire the pot, it’s done outside in a “hot, fast fire” of hemlock wood. He recently sold the largest pot he — or any Cherokee — has ever made. The studio door frame had to come off to fire it.

Feature image, above: In addition to his own gallery in Whittier, Queen’s work has been displayed at the Smithsonian Institution, the British Museum, and Monticello.