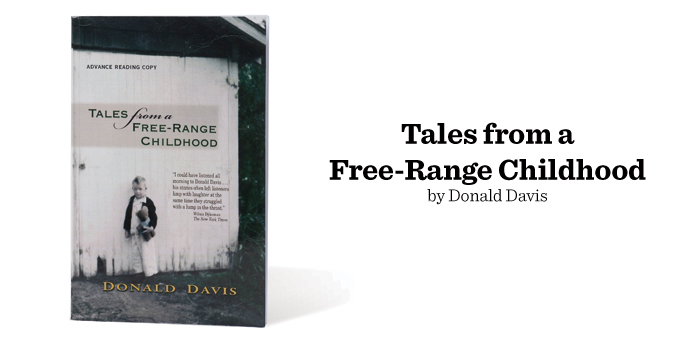 Folksy storyteller Donald Davis doesn’t take a position on the parenting debates raging in America’s neighborhoods. But depending on your view of the matter, Davis either had an innocent, magical childhood during a simpler time when common sense prevailed, or he was the unwitting victim of borderline neglect in another parenting era.

Davis, a professional raconteur molded by his small-town upbringing in Waynesville, has nothing but fond recollections of his Opie Taylor-like pranks and capers in western North Carolina. Davis’s loose collection of stories recalls a time free of modern parenting anxieties: ticks, bullies, peanut allergies, standardized tests. Jeepers, when he grew up half-a-century ago kids often toted pocketknives with them to school.

Great social changes were already set in motion but had not yet reached the Appalachian Mountains — newfangled concepts like child safety, self-esteem, and the quaint notion of a 16-year-old owning an automobile. Child supervision was a distant concept. In chapter after chapter, children entertain themselves without an adult in sight. The consequences: scrapes, bruises, broken bones, and emergency-room visits.

After one such outing, Davis writes: “On the bus ride back to Waynesville that late afternoon, I knew that I just had one of the greatest days of my life.”