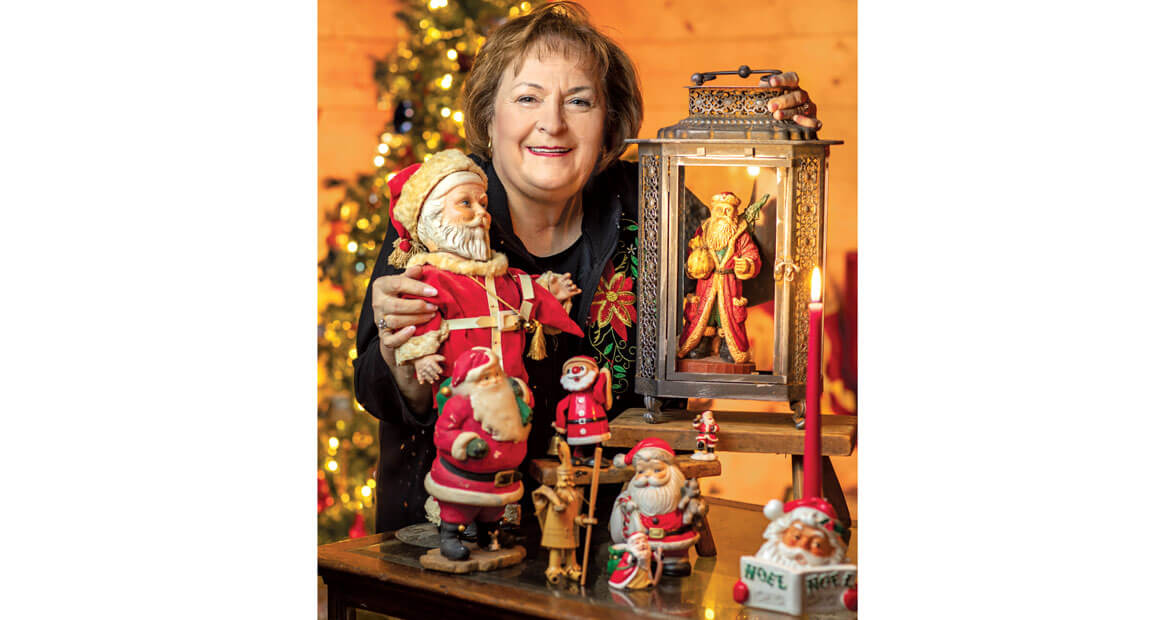 he small building behind Judy Barnhardt’s home in Concord bears a sign that says “Santa’s Workshop,” but that doesn’t quite prepare you for what’s inside the wooden structure: nearly 10,000 Santas that Judy has collected, from figurines smaller than a thimble; to waist-high dolls that move and sing; to paintings, posters, and gift cards that all feature Santa Claus. “If it has Santa on it, we get it,” Judy says.

Next to the door is the Santa that started it all: a traditional-looking figure that Judy painted in 1987. She was looking for a way to occupy her time after a difficult divorce when she stumbled upon a shop where someone was painting Santas. I can do that, she thought. She started with a set of four and was captivated by the different expressions on their faces. Judy’s Santa collection began to grow, and out of her despair came one of her life’s greatest passions. “I think Santa really rescued me,” she says.

In 2013, Judy and her current husband opened their “Santa House” to the public, giving donations to hospice centers in Cabarrus and Union counties. It’s a cause dear to Judy’s heart, as both of her parents were hospice patients. “We wanted people to enjoy the Santas as much as we did,” she says. “But also, we wanted some way to thank hospice for what they had done for us.”

For directions, appointments, and additional information, call (980) 521-0523 or email jmbarnhardt@carolina.rr.com.