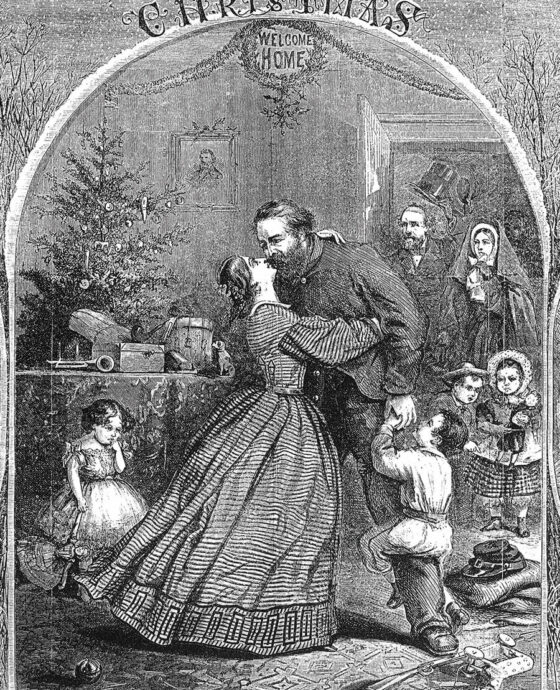 As North Carolina troops march off to war in the spring of 1861, their leaders repeat an old lie: They will be home for Christmas. The first volunteers enlist for just six to 12 months.

The first Christmas of the war is celebrated in traditional ways on the home front.

At mansions such as that of John D. Bellamy in Wilmington, wreaths might be hung over mirrors and mantels, and garlands draped from the high brass gasoliers. Children’s stockings adorn the fireplaces, their presents of toys and candy hung on the tabletop cedar or pine tree. Early in the war, Christmas feasts are sumptuous: The Bellamys’ wealthy neighbors, the John Taylor family, host friends in their Greek Revival mansion, offering a menu of duck, oysters, turkey, country ham, Irish potatoes, brandy peaches, and five kinds of pies.

A popular carol is sung in parlors and by outdoor revelers: “The One Horse Open Sleigh,” also called “Jingle Bells,” written by secessionist James Pierpoint in 1857. 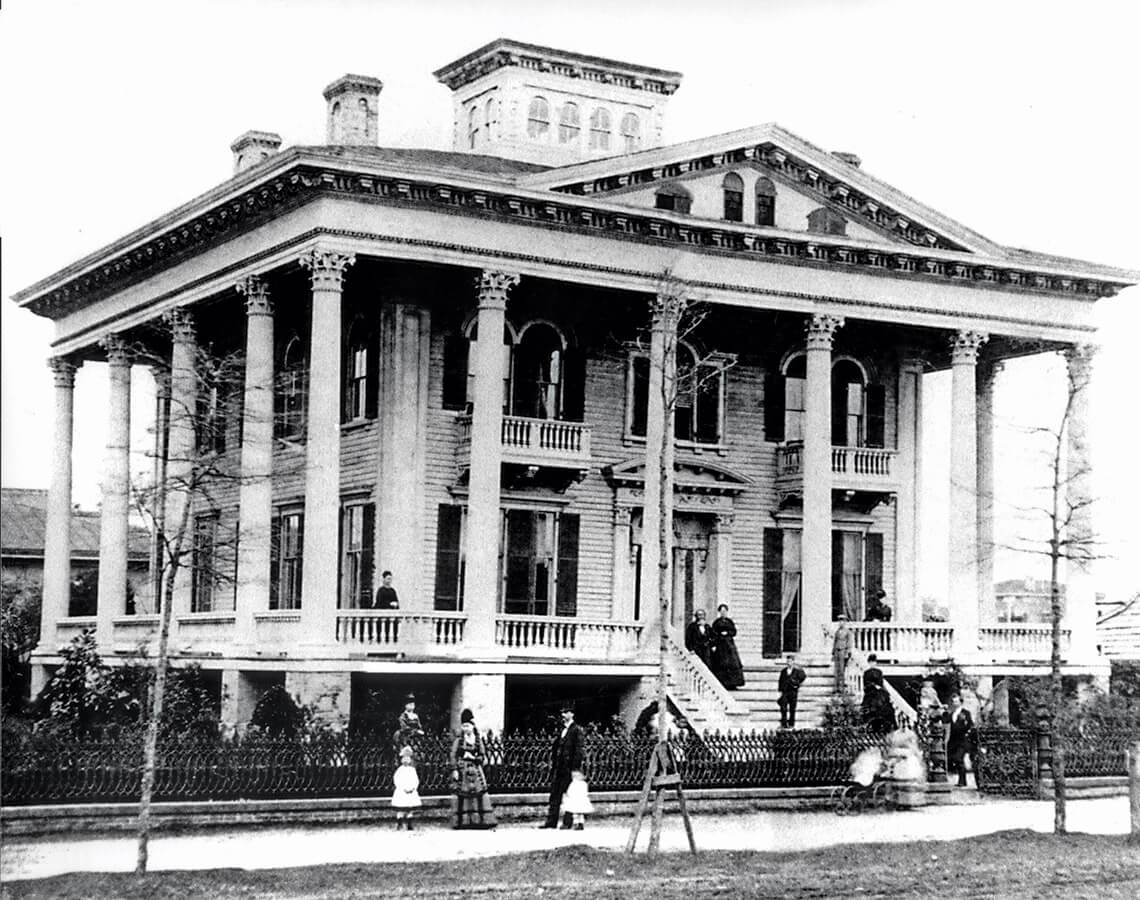 Bellamy Mansion in Wilmington (pictured in 1873) and the 1861 memoir Incidents in the Life of a Slave Girl, written by Harriet Jacobs, who escaped slavery in Edenton, provide two very different views of Christmas in 19th-century eastern North Carolina. Photography courtesy of BELLAMY MANSION MUSEUM OF HISTORY & DESIGN ARTS 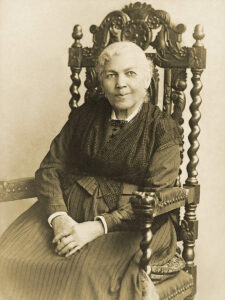 Harriet Jacobs hid out in Edenton for seven years before finding her way to freedom. photograph by AGEFOTOSTOCK/ALAMY

On plantations such as Somerset near the Great Dismal Swamp, enslaved people enjoy a rare respite from labor, ranging from a single day to a whole week — to keep them from running away in fear of January 1, the traditional date for hiring out or selling off slaves. They receive gifts of food, money, or liquor. Some feast on hogs and wild game, and selected men sing and parade in costume for Jonkonnu, a celebration that allows them, for that brief period, to mock their enslavers and break the monotony of their captivity. Harriet Jacobs, who hid out in a crawl space in Edenton for seven years before finding her way to freedom in 1842, writes, “Every child rises early on Christmas morning to see the Johnkannaus. Without them, Christmas would be shorn of its greatest attraction.”

But in thousands of households across the state, the holiday is now transformed by one brutal fact: Tens of thousands of fathers, sons, and brothers are away at war. During the course of the war, some 130,000 North Carolina men serve in the Confederate forces, and another 8,000 or more white and Black soldiers serve in U.S. regiments. Never in living memory have so many men been absent from their homes for so long — some 30,000 of those absences made permanent by disease or death in battle.

By fall 1862, all men ages 18 to 45 are eligible for Confederate conscription — the draft — for three years or the duration of the conflict.

It has been just a generation since Christmas was popularized by Charles Dickens’s A Christmas Carol. In that time, the holiday has evolved from its status as an important date on the Christian calendar to a day dedicated to gift-giving, a shared family meal, and prayers for peace on earth.

Now, Christmas assumes a new poignancy — hollowed out by absence, infused with sentimental longing. In the North and South, it becomes for many the most significant family celebration of the year. The tradition extends to African Americans in Washington, liberated by the presence of Union soldiers, who arrange tables in a vacant store and serve U.S. soldiers and sailors a Christmas Day 1862 feast of chicken, goose, duck, and other local fare.

In 1863, Thomas Nast, a cartoonist for Harper’s Weekly, creates the modern image of Santa Claus as a jolly, rotund figure: “Santa Claus in Camp” shows the white-bearded elf handing out presents to U.S. soldiers — clearly a Union man. 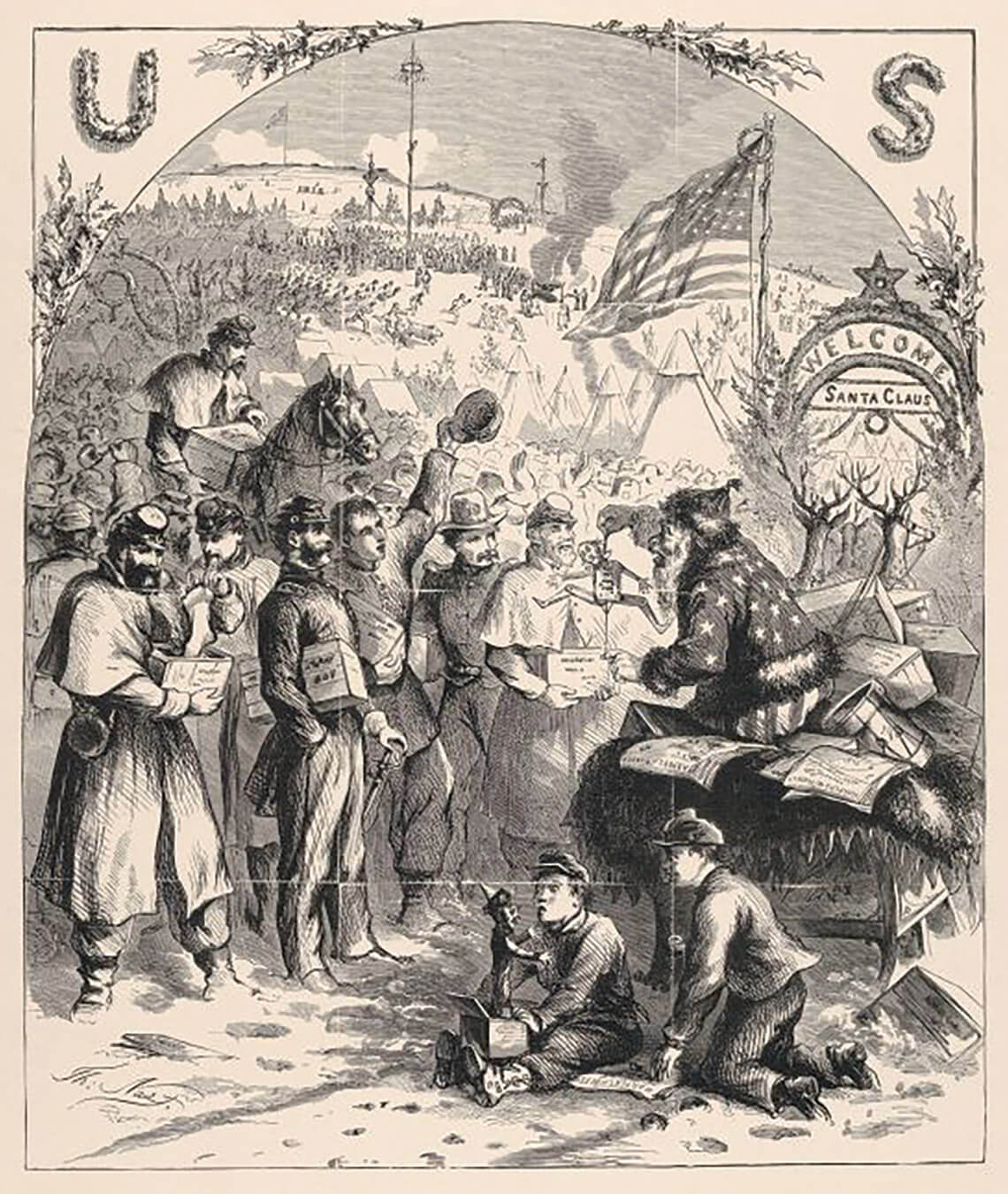 Thomas Nast invented our modern image of Santa Claus in a series of cartoons for Harper’s Weekly. Beginning with “Santa Claus in Camp” in 1863, Nast used St. Nick to show his support for causes like abolition and civil rights. illustration by SEPIA TIMES/CONTRIBUTOR/UNIVERSAL IMAGES GROUP EDITORIAL/GETTY IMAGES

Some of those troops, stationed in the Washington County town of Plymouth, celebrate that year with a rowing match between the crews of two gunboats. In a letter to the New Berne Times, a soldier identified as KAPPA reports, “‘The night before Christmas’ was ushered in by an illumination of the Head Quarters and Hospital of the 85th New York … From the ceiling were suspended rustic chandeliers twined with the sprigs of evergreen, and interspersed, here and there, clusters of wild fruits of the woods, of all colors, vieing with art itself. Such handicraft we thought must be the work of the fairies.”

Second Lt. John F. Sink, Company A, 42nd North Carolina, posted with his regiment to Wilmington on Christmas Day 1863, writes a gloomier report to his uncle Michael Sink of Lexington: “Uncle, this is the third Christmas that I have spent in the Service of our country & I am getting tired of it but complaining is no good. I hope I will live to see another Christmas pass but I want to get out of this troublesome war.”

The bitter winter of 1864, likely to be the final Christmas of the war, is ushered in by a new carol, “Santa Claus” (now known as “Up on the Housetop”), penned by Benjamin Hanby, an Ohio abolitionist whose family is said to be part of the Underground Railroad.

On December 5, Daniel H. Dellinger writes to his wife from Salisbury: “Dear wife and children, I should like to come home and see you all but I cant get no time now when I can come … I don’t see en prospect of our giting off as long as they keep these Yankeys hear, but there is one thing that is shure and that is starvation will disband us all and that before a nother year.”

In most households throughout the state, there are no store-bought presents. Santa, some children are told, is being kept away by the Yankees — maybe even shot. Mary McCrimmon offers a bitter poem called “Santa Claus” in which she writes:

This happened one Christmas. I’m sorry to write,
Our ports are blockaded, and Santa, to-night,
Will hardly get down here; for if he should start,
The Yankees would get him unless he was “smart.” 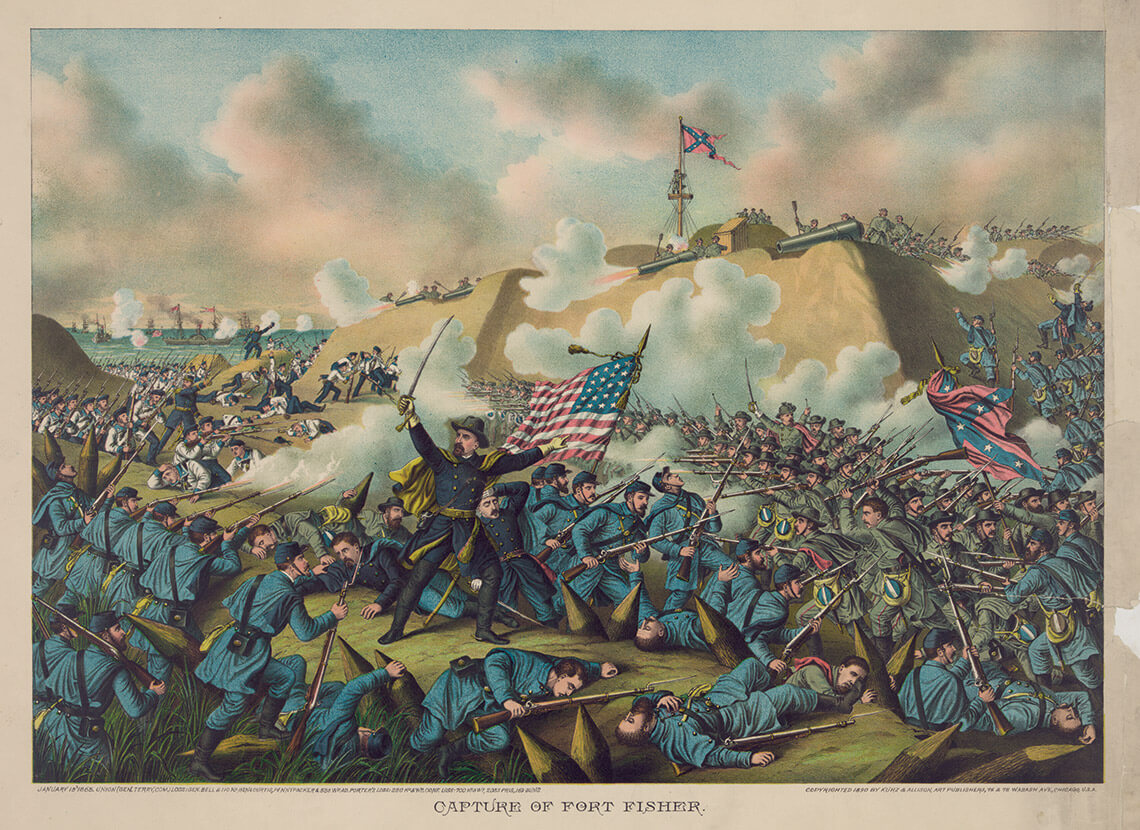 Neither the troops in the field nor the civilians at home enjoy much feasting. Lieutenant Sink returns to Battery Anderson, south of Wilmington, with the 42nd NC regiment in boxcars in below-freezing weather on December 23 — just in time for battle. The Wilmington Soldiers’ Aid Society has arranged for Christmas dinner at the railroad depot. Now, it hurriedly ships the precious turkeys, hams, potatoes, and other foods to Fort Fisher.

On Christmas morning at St. James Episcopal Church in Wilmington, the congregation’s hymns are punctuated by the booming salvos of cannon fire from the great U.S. Navy armada bombarding Fort Fisher at its southern sea face.

The end of the war will align with another Christian holiday: Easter. President Abraham Lincoln will be assassinated on Good Friday. Twelve days later, on April 26, 1865, when Gen. Joseph E. Johnston surrenders some 90,000 soldiers to Gen. William T. Sherman at Bennitt Place near Durham, the Union will be resurrected.

For now, soldiers and civilians alike endure one last Christmas of war — for too many, a bleak season of privation and battle that seems to mock the very idea of peace on earth and goodwill toward men. But others see a ray of hope in the old traditions and the story that inspired them, of a man and his pregnant wife finding refuge in a rude stable along the road to redemption.

Other sources include the following: