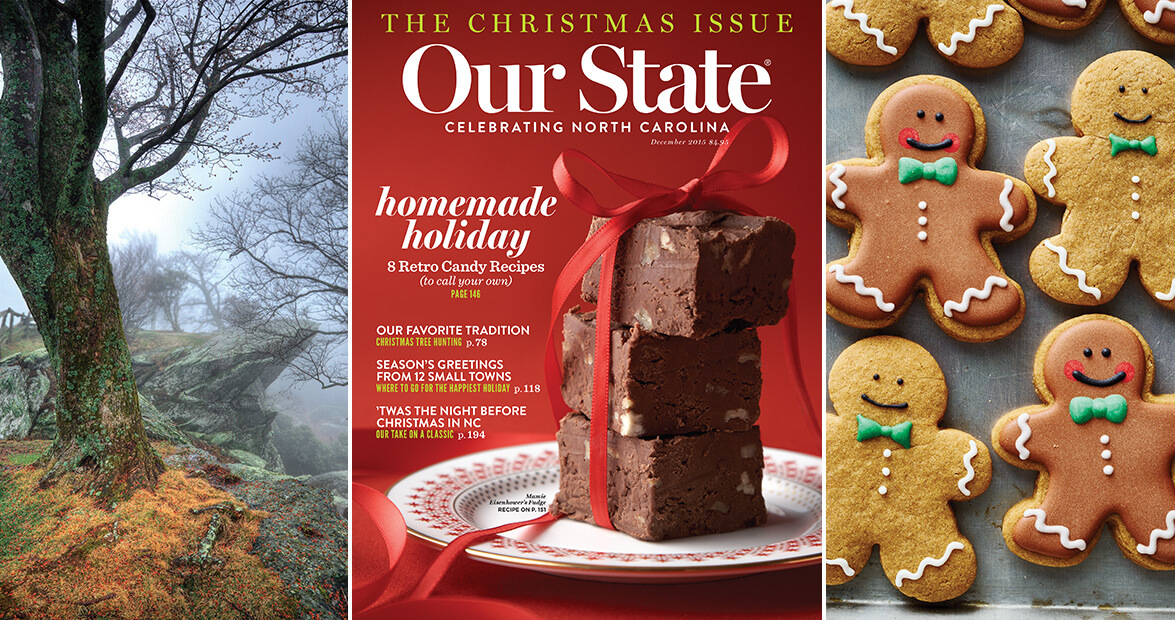 Want to see inside this issue?

Buy the digital edition and start reading now. Then, subscribe to save money on the cover price and not miss the next issue.

A Tree by Any Name

And to All a Good Night

A Whirl of Song and Dance

The Truth About Gingerbread

A Place to Land

The brilliance of an urban Christmas in Charlotte.

In search of tradition — not perfection.
by T. Edward Nickens

Features: A Christmas to Remember

A childhood fantasy of the town known for Christmas.
by Eric G. Wilson

The Hoggard brothers’ Windsor light display is a 12-month affair.
by Kevin Maurer

A Gift From Across the Globe

The heirloom candy of a homemade Christmas (recipes included).
by Sheri Castle

Every Ornament Tells a Story

Trimming the tree with family memories.
by Duncan Murrell

The Tall Tale of the Christmas Flounder

On the printing of Wilmington’s oft-told legend.
by Paul Stephen

Bonfire of the Christmas Boxes

A father-son Christmas requires empty packages and a Zippo.
by T. Edward Nickens

A Cuban Christmas meal is the language of love.
by Drew Perry

When the Turkey is Takeout

Catastrophes, hilarity, and the epiphanies that accompany tradition.
by Scott Huler

In Greensboro, tap shoes and trumpets join Mary at the manger.
by Susan Stafford Kelly

The Night Before Christmas (NC-Style)

A new North Carolina take on the classic poem.
by Susan Stafford Kelly

When hockey came to Raleigh: the story of the Carolina Hurricanes.
by Shane Ryan

The View from Here: Mount Holly