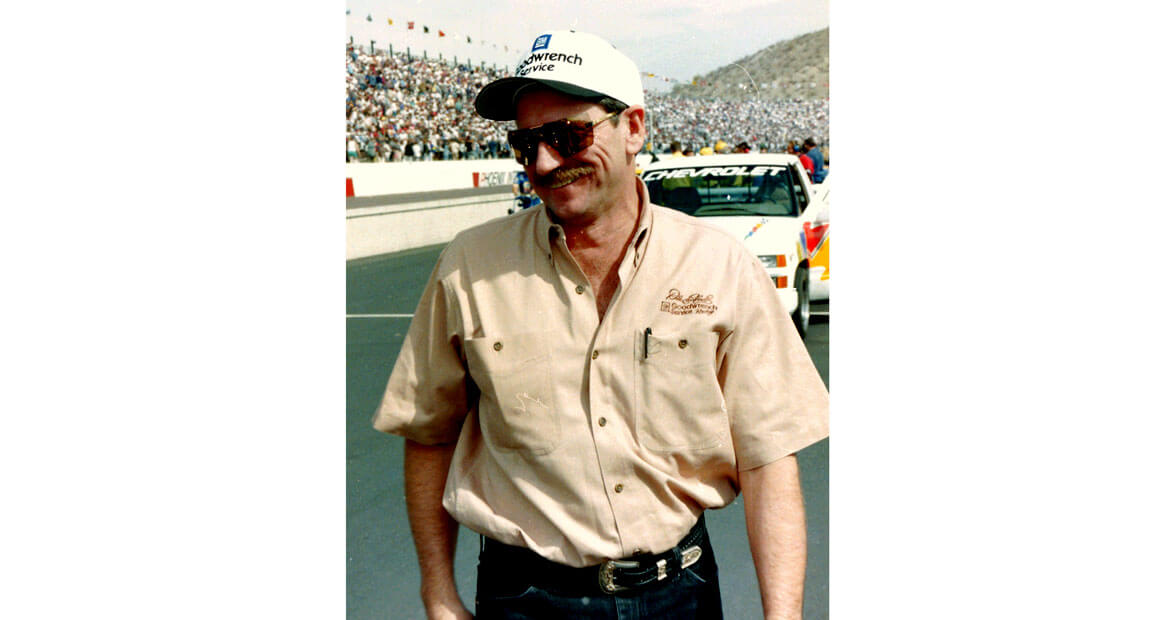 The smell of singed rubber, the thunderous sound of engines at full throttle, and the curve of an asphalt track became the backdrop of Dale Earnhardt’s life. The NASCAR racing icon and native North Carolinian, born in Kannapolis on April 29, 1951, grew up in the racing world — his father, Ralph, was a mechanic and a stock car driver himself. Following in his father’s footsteps, Earnhardt dropped out of school in ninth grade to pursue a racing career of his own, and soon became known as the kind of driver that put everything on the line and left everything on the track. He was driven, committed, persistent — and sometimes reckless.

He made his debut in 1975 at the World 600 at Charlotte Motor Speedway, and just a few years later, he signed with sponsor Rod Osterlund for his first full-time Winston Cup contract. Earnhardt won his first NASCAR title at the Southeastern 500 in Bristol, Tennessee, and by the end of the season, he’d won more than $200,000 and was awarded NASCAR’s Rookie of the Year. He then went on to win his first major competition: the NASCAR Winston Cup series championship. This win made Earnhardt the first driver to win the two awards back to back. These titles were followed by many others — including the 1998 Daytona 500, NASCAR’s premier race.

Known for his intense style of driving, Earnhardt was nicknamed the “Intimidator” and the “Man in Black.” His aggressive driving and tenacity on the track earned him legendary status and many victories until his death at the 2001 Daytona 500, when, in a stunning accident, Earnhardt’s car was clipped from behind and sent forcefully into a wall. He died on impact.

Following his death, Earnhardt was inducted into multiple halls of fame, including the International Motorsports Hall of Fame and the inaugural class of the NASCAR Hall of Fame. Today, Earnhardt’s legacy continues to inspire the NASCAR racing community to push limits and achieve the impossible.