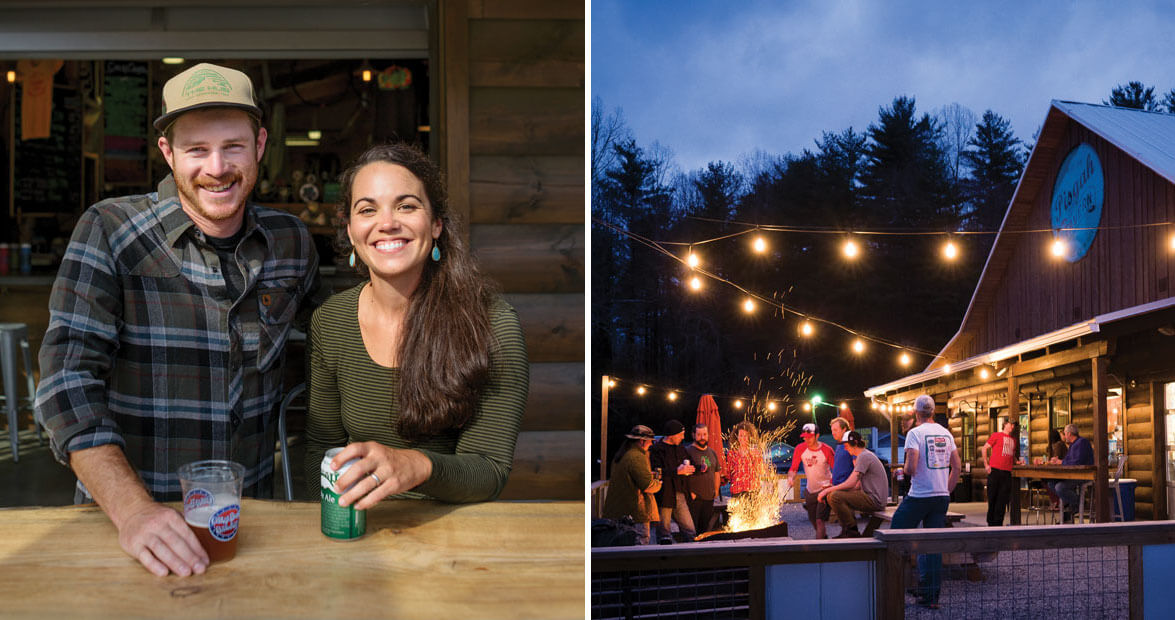 Food trucks and mountain bikes flank the entrance of The Hub bike shop in Brevard. Inside, mechanics with bushy beards twist wrenches while packs of mountain bikers sip craft brews and recount what sounds like the best day ever.

But underneath The Hub’s hip surface is a family business with a passion for Pisgah Forest. “We put a lot of emphasis on making a place for people to come hang out,” owner Sam Salman says. Ten years ago, when he and his wife, Jordan, bought a small bike shop in Brevard, there weren’t many places like theirs serving beer.

It was actually skiers, rather than cyclists, who inspired Sam’s vision for The Hub. He wanted to re-create the lodge scene known as après ski, but with a mountain biker’s bent. “There was no post-adventure community,” Sam says. “It became apparent that Pisgah needed an après scene.”

In 2015, the Salmans purchased an empty lot across the street from their initial location. Their new real estate put them right at the entrance to Pisgah Forest, and The Hub essentially became the new trailhead for some of the best mountain biking on the East Coast.

And while the Salmans’ bike shop/tavern is all about having a good time, The Hub has also embraced its responsibilities as a steward of the forest: The shop donates $5 from every bike rental to the Pisgah Conservancy and helps maintain a number of trails. “I see The Hub as the direction this community wants to move,” Sam says. “They’re all coming together because they love Pisgah.”