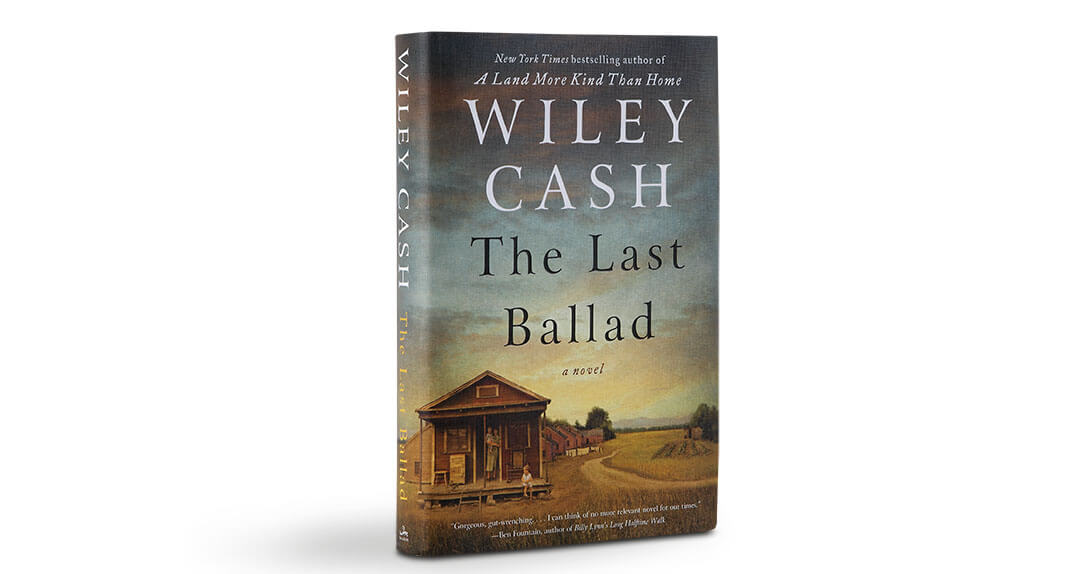 Even without the date at the top of the page, April 4, 1929, we know where we are, what moment in history we’ve stumbled into by opening Wiley Cash’s much-anticipated new novel, The Last Ballad (William Morrow, 2017) — and we’d better steel ourselves for what’s to come.

The Loray Mill strike in Gaston County — the infamous moment when the South’s nascent labor movement rose up, only to collapse on itself in a tumult of violence — is the historical territory on which Cash stakes his narrative claim. Here, a time and a place and a tragedy written about many times before is rendered anew in vivid, devastating detail. Cash’s tightly wound and heavily researched novel is all the more heartbreaking because these struggles remain so resonant today.

From the first pages, it’s clear that this mill town is on edge: Rabble-rousing Marxists from New York have come to unionize the overworked, underpaid mill hands, and the town’s Council of Concerned Citizens has launched a fearmongering campaign to stop them. Workers at mills throughout the county must choose a side: Either trust the outsiders with their promises and risk unemployment, or stand behind the white local leadership, who use racism and violence to maintain the status quo.

Ella May Wiggins works for a poverty wage at a nearby mill in Bessemer City, and she just wants to switch her shift so she can care for her sick child. Such requests are always denied at American Mill No. 2, and her increasingly desperate circumstances push her toward the local union, whose organizers turn her into a folk hero for the movement. Singing ballads that in real life were later performed by Woody Guthrie and recorded by Pete Seeger, Ella May becomes the voice of the mill workers.

It was an ugly time, but Cash gives kindness and tenderness equal space on the page. Strip away the history and the politics of the union battle, and there is another subject explored here: motherhood. But that, too, is complicated. Cash’s characters understand that within the warm, beating heart of maternal love, there is a hard, stubborn kernel of fear. It can be suppressed, contained even, and for a time, if you’re lucky, forgotten, but a ragged cough, a spiked fever, a late curfew, and those hard little edges press deep.

Ella May’s unlikely friendship with a mill owner’s wife would never have come to pass without their shared grief over losing a child. A young black man whose father was murdered by a lynch mob in Mississippi is haunted by his mother’s frantic attempts to protect him. A girl loses a baby brother she has mothered since infancy. These, too, are the stories Cash tells. And today, in another Southern town, when someone’s child dies at a protest against white supremacy, and her mother demands for “her life to count,” there’s comfort in knowing that our writers will tell and retell our most difficult stories until we finally get the ending right.