When Bob Hinkle first stepped into the old brick building in the heart of downtown Black Mountain, he knew that the space was made for performers. The curved wooden ceiling was high enough that he had to crane his neck to see the arched beams that were only noticeable from inside the former car dealership. The acoustics were perfect for his next endeavor. Seven months later, the White Horse Black Mountain performance venue was open for business.

Hinkle, a successful music producer turned venue host, had a clear vision of a place where people could gather to celebrate a passion that he and so many others share: music. Since its grand opening in 2008, White Horse Black Mountain has become a sort of downtown living room for folks to wander in, sit back on a comfy couch, and spend the evening being entertained by hand-selected performers from all over. “It’s a listening room,” Hinkle says. “The whole point of this is that you are actually supposed to come and listen to the music and make contact with [whomever] is onstage.” 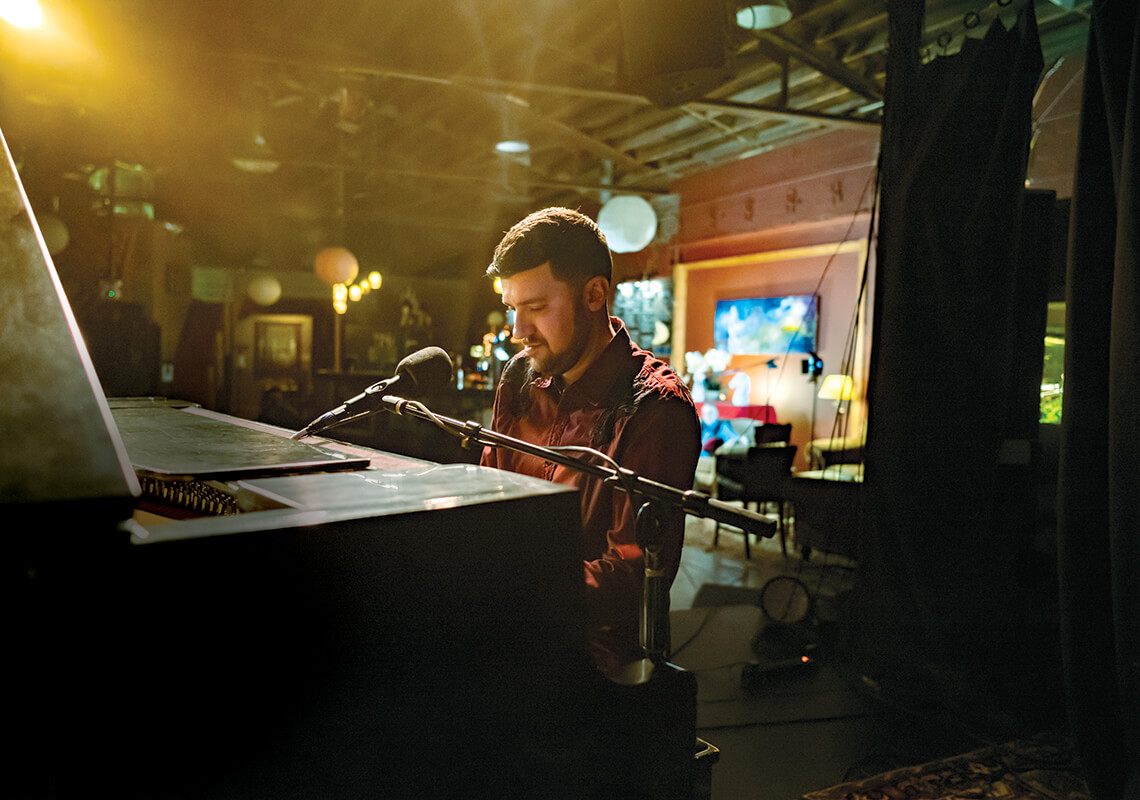 Hinkle grew up just down the road, in West Asheville. There, he spent countless hours listening intently to “Sweet Corn Serenade,” his favorite western North Carolina radio show. The first song to entrance the young audiophile was the cowboy classic “Ghost Riders in the Sky.”

“It had just a great story and a lot of images in it that were very intriguing to a 4- or 5-year-old kid sitting in a green rocker in West Asheville, back before [that area] was cool,” Hinkle says. He began his career as a musician just a few years later: When he was 10, he performed a Harry Belafonte song at the fifth-grade talent show with his treasured restrung Silvertone guitar. “There were girls in the fifth grade that talked to me after that show who had never talked to me before,” he says. He took that as a sign that he was on the right track.

Hinkle soon left the mountains to set off on what would become a 50-year career in the music industry, performing with and managing some of the most notable rock acts in modern history: While at the University of North Carolina at Chapel Hill, he would skip classes to play in his band, The Good Earth Trio, as they toured with Mitch Ryder & the Detroit Wheels. In his early years as an Ampex Stereo Tapes product manager, he brought attention to the previously unknown Creedence Clearwater Revival and James Taylor. Later, he comanaged The J. Geils Band and worked with The Band in their prime.

After decades in the New York music industry, he and his then-wife decided it was time for a change of pace. They drove to Hinkle’s hometown to see if it would be a good place to settle down. “I drove down the parkway, and my then-wife fell in love with the mountains,” Hinkle says. “She would cry around every turn and [when she was] outside. And it turns out that Asheville was in a hell of a lot better shape than it was when I left in 1963.” 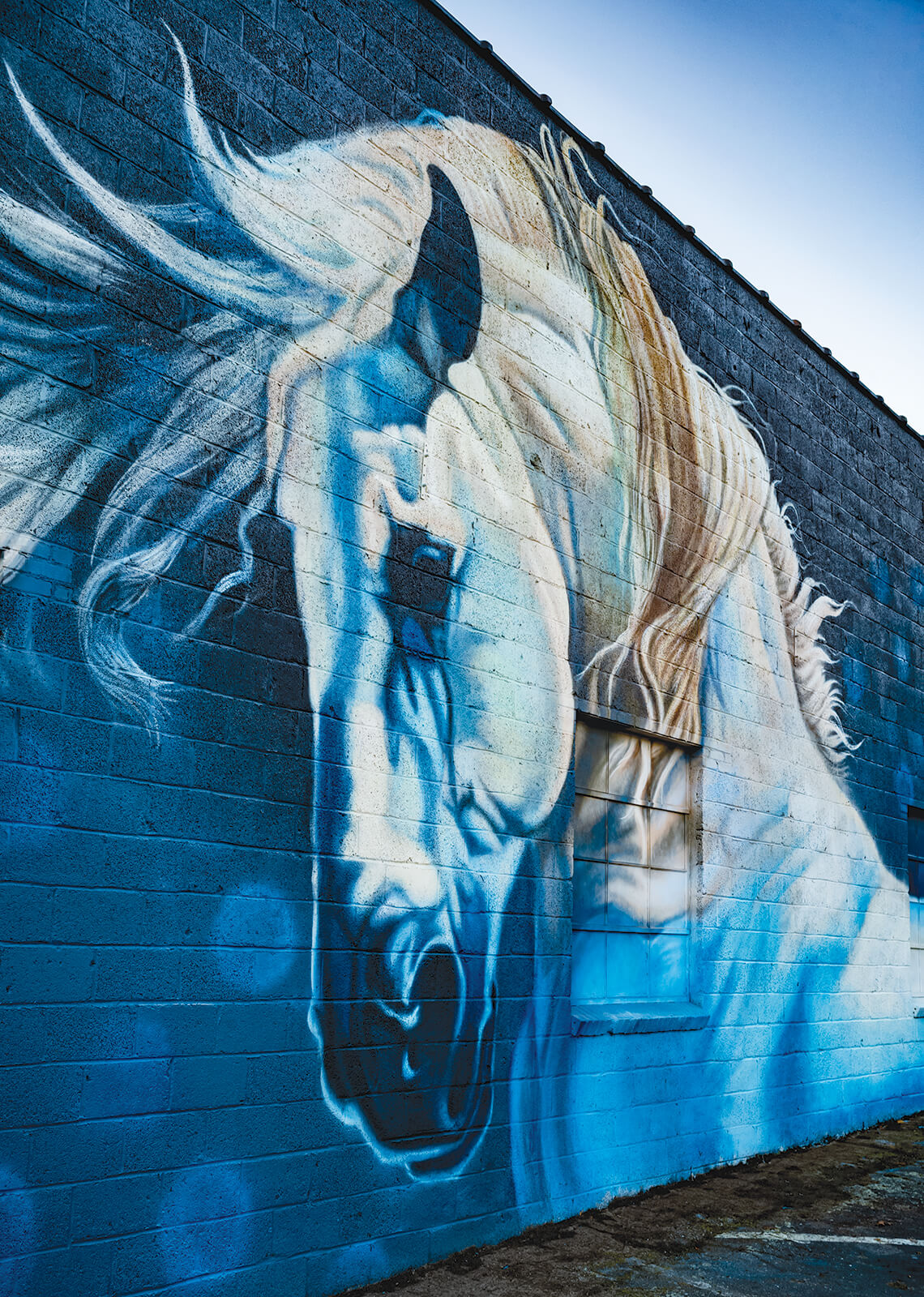 Asheville’s Ian Wilkinson painted the mural on the building. photograph by Charles Harris

White Horse Black Mountain has been a passion project for Hinkle, one of the most rewarding things he’s done in his life, he says. “It keeps me in touch with the music itself, the people that make the music, and the ideas that come from being around the music.”

With this endeavor, Hinkle has an opportunity to support artists he believes in, giving them a space to express their art and perform in front of a community of like-minded people. BJ Leiderman, best known for composing the theme music for NPR’s popular “Morning Edition,” is a local performer with a national following who relocated to Asheville nearly a decade ago. He gives Hinkle a great deal of credit for helping him make a name for himself in the area. “If you have Bob Hinkle as a friend and you are an artist in this town,” he says, “then that’s pretty much all you need.”

White Horse Black Mountain is currently closed due to Covid-19, but tune in to live online shows at whitehorseblackmountain.com.