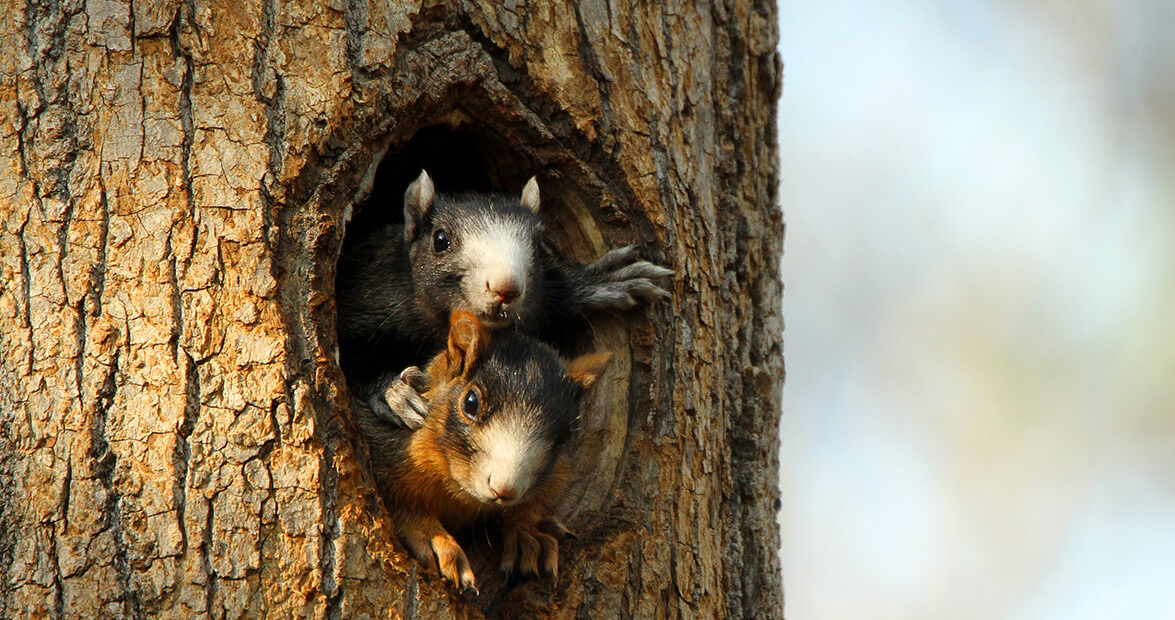 These aren’t your everyday, ordinary, run-right-out-in-the-middle-of-the-road squirrels. Compared with the gray squirrel, its ubiquitous cousin, the Eastern fox squirrel is twice as large, with a foot-long bushy tail and a variety of color schemes — all gray, all black, black and white, red and gray — that border on the exotic. The largest tree squirrels in North America, fox squirrels are the only ones strong enough to open up a green longleaf pinecone to get at the seeds inside. For many years, a fox squirrel lumbering along a longleaf forest floor was a memorable sighting in parts of eastern North Carolina, but our familiar flatland rodents might be getting neighbors from over the hills. Recent reports of fox squirrels in Ashe, Alleghany, and Watauga counties suggest the species’ Midwestern race could be making a move over the border.