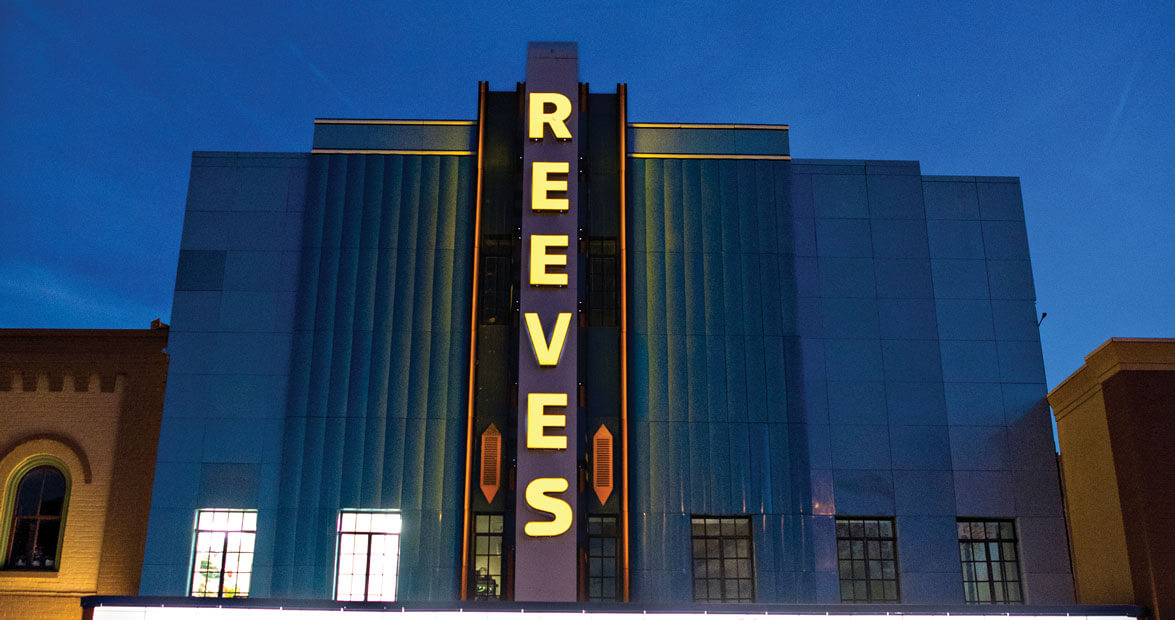 In the 1940s, it was a place for first dates and family outings. By the 1990s, it was in disrepair — derelict, dark, and mildewing. But now, after years of renovations, The Reeves Theater and Café in downtown Elkin is once again open for live music, local food, and community gatherings.

On any given night, the glowing marquee on the bright blue Art Deco theater announces the night’s performers, often bluegrass or Americana musicians. Though bands hail from as far away as Chicago and New York, co-owners Debbie Carson, Chris Groner, and Erik Dahlager prefer to feature the rich musical talent native to the region.

And music isn’t the only local flavor: In the lobby, a café serves dishes made with seasonal ingredients from the area; on warm days, visitors can enjoy their meals outside, a first for downtown Elkin. The concerts and café draw visitors of all ages. “We’ve had four, if not five, generations of people attending,” Carson says.

Many of the older visitors have memories of the original theater, which inspired the owners to preserve as much of the ’40s look and feel as possible. Carson is pleased to have so many locals performing, supporting, attending, and mentoring the talent at the theater, passing on the area’s traditions: “We feel a lot of love from all the corners.”