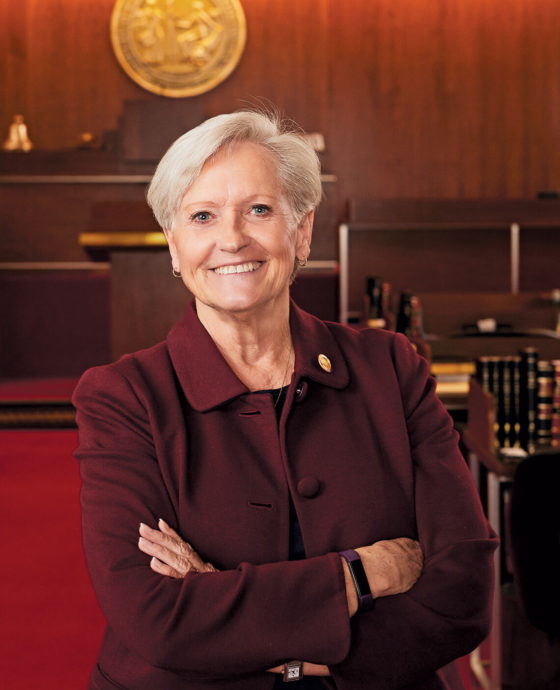 A girl named Gale once lived in a tight-knit blue-collar neighborhood of brick ranches in the Blue Ridge foothills. Sundays, everybody went to church, then to Grandma’s for a sit-down dinner, then visited on the front porch. Gale’s favorite place was the library, where she devoured Cherry Ames novels and dreamed of being a nurse detective.

As a teenage candy striper at the hospital in her hometown of Martinsville, Virginia, Gale Adcock already knew that she would one day become a nurse. But her single mother worked the swing shift at a local textile mill. There was no money for college. So she earned a nursing diploma from Centra Virginia Baptist Hospital in Lynchburg. Then, in 1976, she moved to North Carolina, where she worked the night shift at Pitt County Memorial Hospital while earning her bachelor’s degree in nursing at East Carolina University.

Adcock’s patients taught her what books couldn’t — to slow down, to inquire well, to listen closely.

As a new nurse, Adcock tried to think on her feet, check off all the right boxes, keep a professional distance. But when patients withheld information, care was incomplete. Facts alone did not cure denial. Her success depended on making people feel heard, understood, and more confident.

Putting herself through school, Adcock worked in a nursing home, in university student health, and at a women’s prison. She learned to not judge anyone. What did she know of their lives? She’d been taught that nurses cured when possible and cared always. Labels were an obstacle. A “noncompliant” patient often hadn’t been asked the right questions: Can you afford this medication? Do you have enough food at home? Is it safe to exercise where you live?

Adcock’s patients taught her what books couldn’t — to slow down, to inquire well, to listen closely for common ground. She learned to tell the truth with kindness. Big news was best delivered in small doses, and words mattered: Better to tell a patient about a lump in her breast than to call it a growth. She discovered that when she became still, she could meet any emotion, even anger, with curiosity. 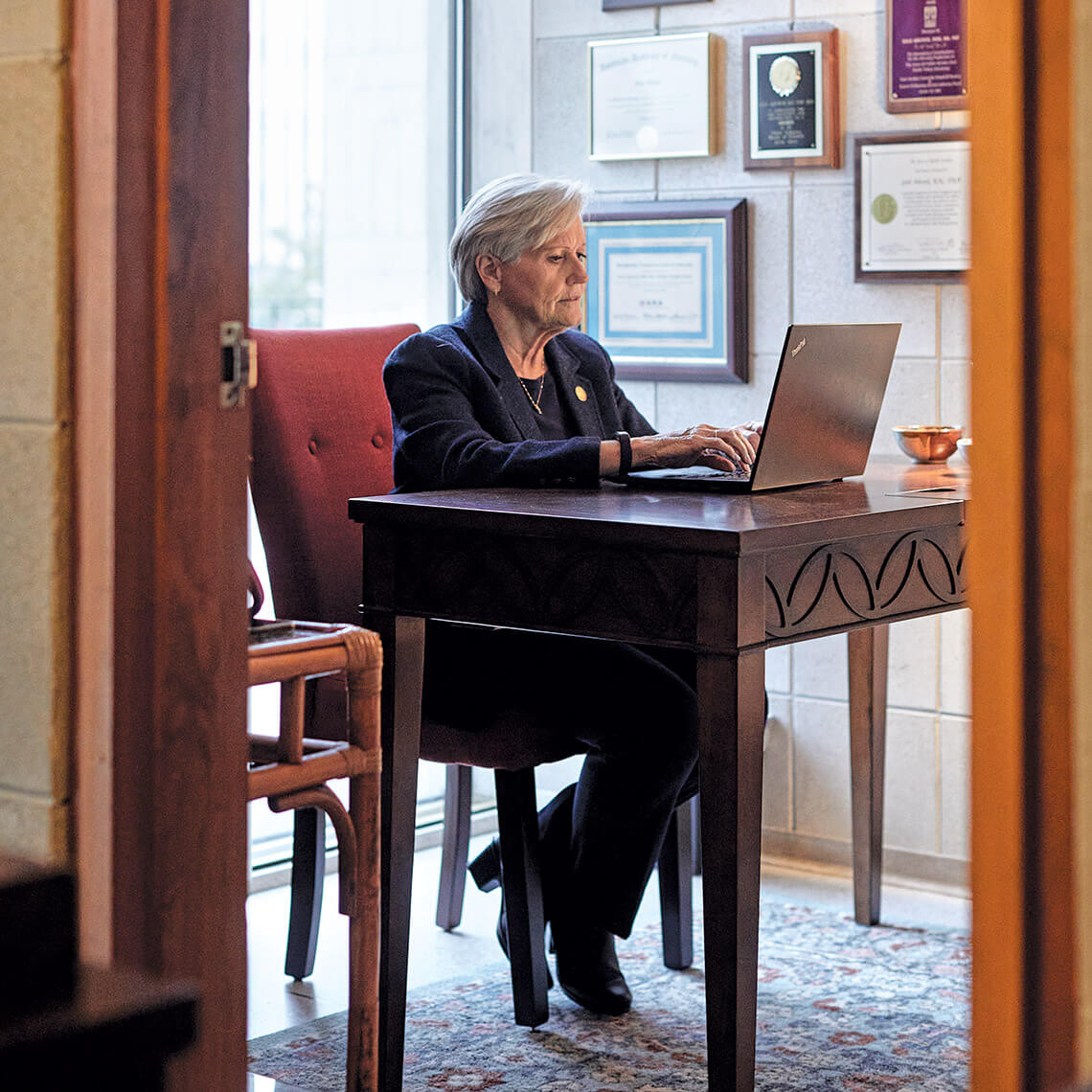 As a legislator, Adcock believes that one of the state’s most pressing issues is the need to treat high-speed Internet as critical public infrastructure, similar to water and sewer service. photograph by Alex Boerner

Adcock became a nurse practitioner, then chief health officer at SAS Institute, where she served 14,000 employees and their families. In 2007, realizing that policymakers have an even broader impact on health, she ran for the Cary Town Council and won. She treated her new colleagues like she did her patients: Each one was a potential ally, if only she could find common ground.

“All I need to know is that you’re a Democrat,” a town council member once shot back after Adcock introduced herself. She caught his eye and smiled teasingly. “What do you know about me because I have a D after my name?” she asked in her gentle drawl. “And what does the R after your name tell me about you?” Thus began a lasting friendship.

In 2014, the North Carolina legislature voted against expanding Medicaid. Adcock was dismayed by the consequences for the uninsured and the resulting financial strain on community hospitals. So she ran for, and won, the North Carolina House of Representatives District 41 seat.

Early in her first term, she was working late one night in Raleigh when a Republican legislator had a medical emergency. She rushed to his aid. Later, he stood up on the House floor and said, “In my hour of need, Representative Adcock helped me, and she didn’t even ask if I was a Democrat or Republican.”

“As if that would make a difference!” she recalls, shaking her head, concern darkening her deep blue eyes. “Where did this mentality come from that the other party is not worthy of our kindness?”

Adcock found that politics, like nursing, is relationship-driven. Her party has been the minority since she was elected. Not having enough votes to push policy changes means that she’s had to collaborate. Nursing taught her a rare skill: to guide others without directing them. “Fine,” she once said when a diabetic patient insisted that he would not give up Mountain Dew. “Let’s take your sodas off the table. What are you willing to do?” Whenever someone put their stake in the ground, she’d let it be and focus on common ground. She could always return to it later.

Nursing prepared her well for politics; in 2020, Adcock was elected to her fourth term. She also retired from SAS after 29 years. From individual patient care, to caring for families and communities, to serving a company bigger than her hometown, her career has had as many twists and turns as a paperback mystery. “It’s all nursing,” she says, shrugging and flashing her contagious smile. “Nurses help people live their best lives.” And apparently, wherever we choose to serve others — clinic, capitol, corporate conference room, or anywhere else — our greatest asset is our humanity.