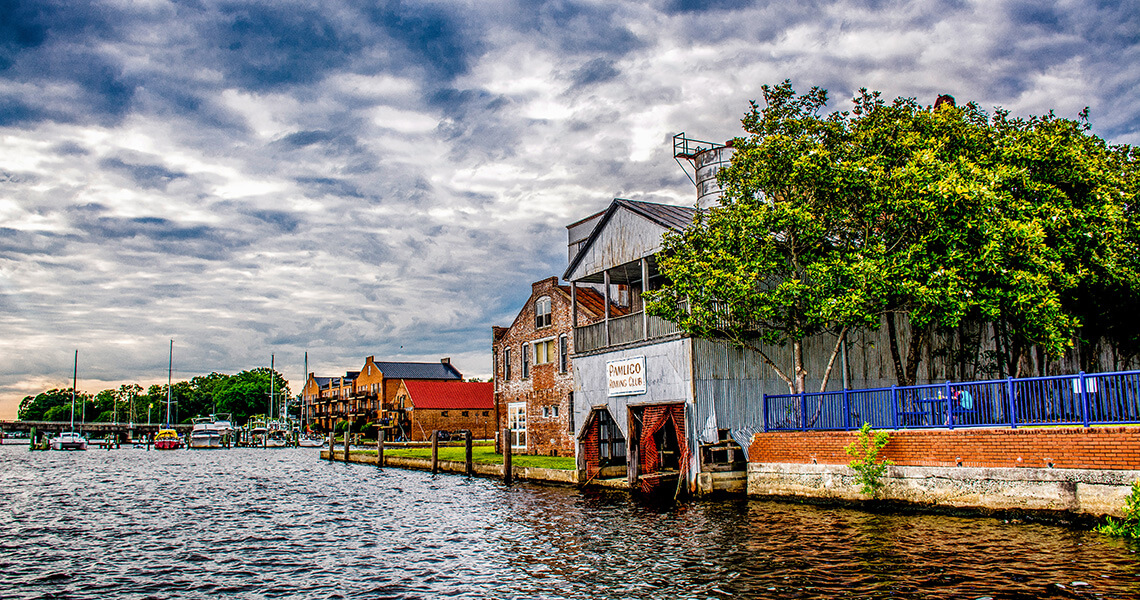 Scott Campbell remembers his very first encounter with Washington. It was 18 years ago, and he and his partner were sailing down the Eastern Seaboard, kicking around the idea of moving to some charming little town on the coast. “But nothing felt quite right,” he says.

That is, until they stepped off their catamaran and onto the Washington Waterfront Dock. Walking through Washington’s downtown, they marveled at the historic buildings lining Water, Main, and Market Streets. “It’s a slice of Americana that got preserved,” he says. Watching the fireworks over the Pamlico River from their boat, they knew they had found their new home.

This is the experience — that sense of wonder over the town’s natural beauty, the awe of being in a place surrounded by such a rich history — that Campbell and his friend Vail Rumley wanted to share with other Washington visitors.

So last year, he and Rumley, a Washington native whose roots reach back generations, decided to create a series of five audio tours, each with a distinctly different focus, to share their love of the historic town with others. 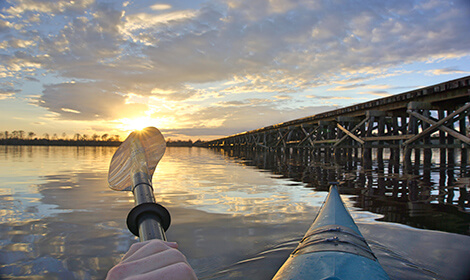 Each one- to two-hour tour features an overview map of the route, plus photos and audio entries that pertain to the location. Visitors planning a trip to Washington can listen ahead of time to get acquainted with the town, or they can wait until they arrive to experience it in person.

“The city just finished a 4-million-dollar streetscape,” Campbell says. With the addition of new wider sidewalks, old-style lampposts, and the reconfiguration of a few intersections, Main Street is now the perfect centerpiece for visitors who want to explore the town by foot, bicycle, car, or golf cart.

Campbell and Rumley knew Washington’s stories would engage visitors with varied interests. But they didn’t go it alone. “It was very collaborative, which is what Washington is,” Campbell says. Thanks to the help of a group of local historians, visitors have five opportunities to explore this waterside town’s past.

Read on for a roundup of all five tours, then choose your own adventure. 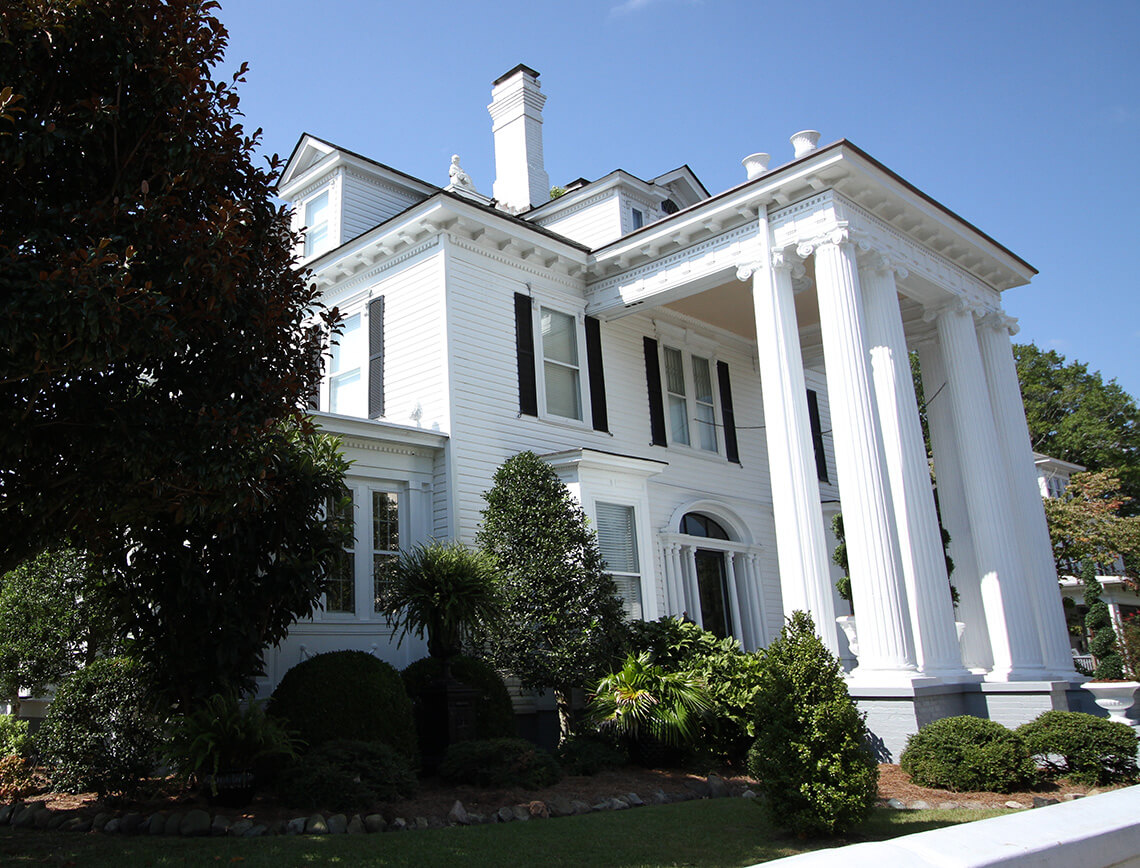 The Bragaw House was built in the late 1800s and is featured in the East Side Historic District tour. Photography courtesy of Little Washington, NC

To get a feel for the rich architectural history found in “Little Washington” or — as locals call it — the “original Washington,” take a listen to the East or West Side Historic District tours. Both districts are in the National Register of Historic Places. And you’ll notice many homes and buildings throughout these districts display historic markers on their facades.

The East Side Historic District Tour begins downtown on the stretch of Main Street that contains commercial buildings from the late 18th to the early 20th centuries. As you follow the tour through town to the east, view homes built with intricate Queen Anne details, stately Colonial Revival stylings, and understated Federal exteriors. Among these is the oldest building in town, the Myers House, built circa 1780.

The West Side Historic District features many antebellum homes, as well as several built in the Victorian period. During the 1800s, when Washington was the second largest port in the state, many prominent businessmen and notable community members resided in this area. Some of these large houses were used as hospitals when the Union army occupied the town during the Civil War. 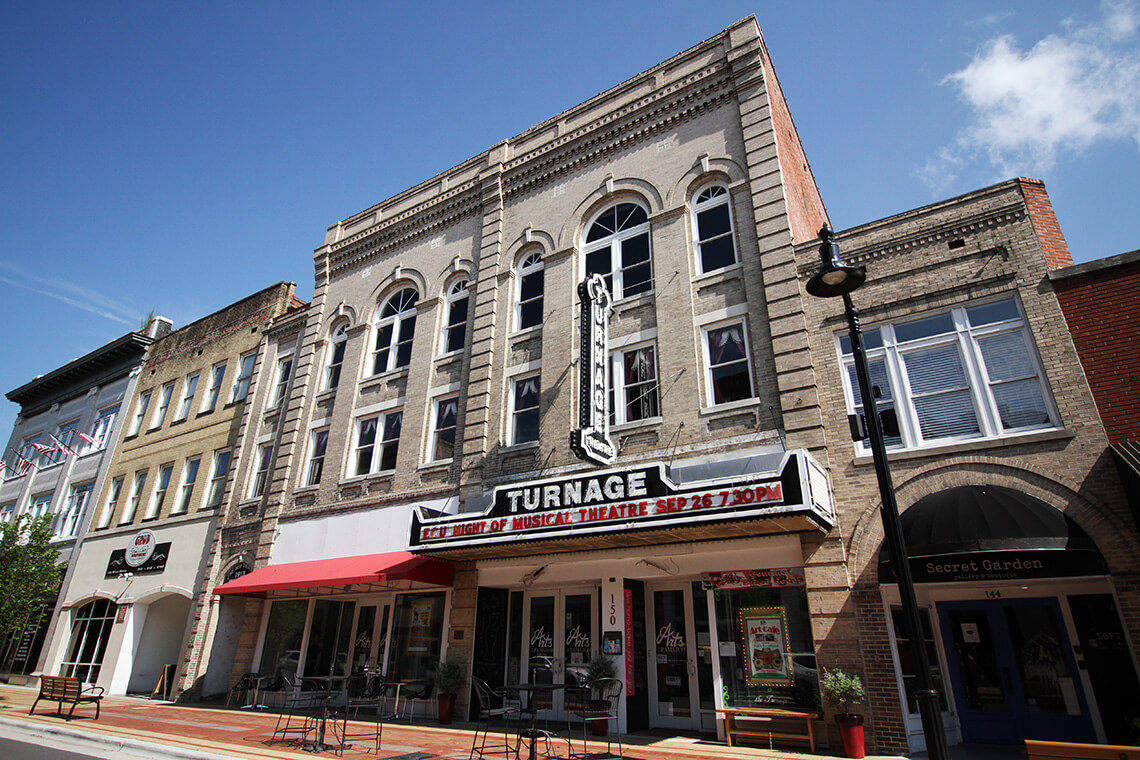 The Turnage Theatre is the first stop on the Washington Haunts Ghost Walk. Photography courtesy of Little Washington, NC

If spooky is more your speed, choose the Washington Haunts Ghost Walk. Terry Rollins, a local ghost authority who has led historic ghost walks in Washington for years, presents this audio tour of what could possibly be the most haunted place in the state. Listen as Rollins tells four chilling tales that are rooted in the portside town’s 200-plus years of history.

Learn the places in town where you’re most likely to have a brush with the supernatural. And you’ll find that some of its former residents — from an infamous swashbuckling terror to a mischievous, youthful apparition — are as reluctant to leave the port city as its visitors. 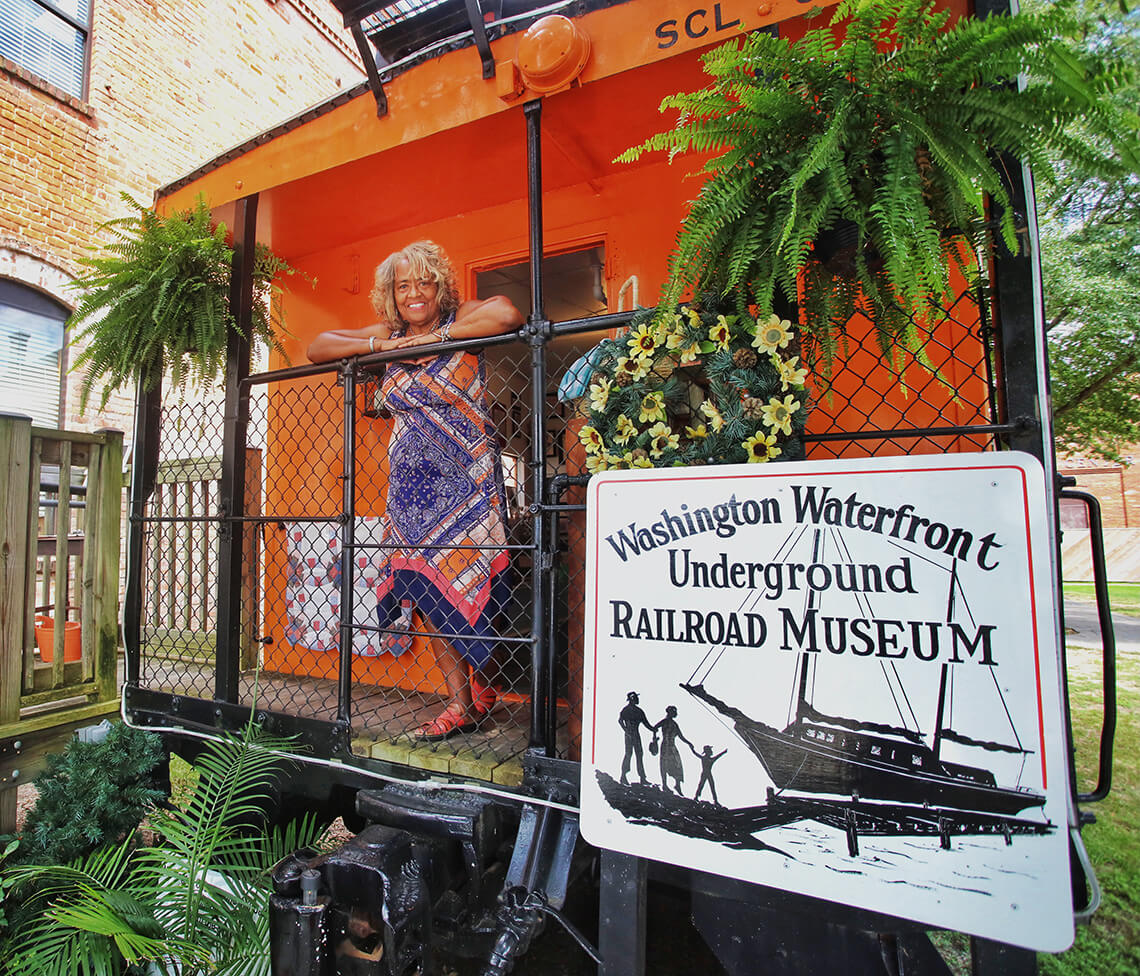 Explore the Underground Railroad Museum on the waterfront on the African American History Tour. Photography courtesy of Little Washington, NC

For true stories about African Americans who lived in Washington as early as the late 1700s, take the African American History Tour. Created and narrated by Leesa Jones, Washington native and executive director of the Washington Waterfront Underground Railroad Museum, the tour recounts details from the lives of enslaved locals and the paths they traveled to gain freedom. “She’s done an amazing job of raising the awareness of the local African American history,” Campbell says.

Your tour begins at the largest and most influential plantation in Beaufort County, Elmwood Plantation, and travels east down Main Street past grand homes from days of yore. Stops include sites where several African Americans got their starts before rising to prominence in the community and in the state. You will also learn about Washington’s role in the maritime Underground Railroad. 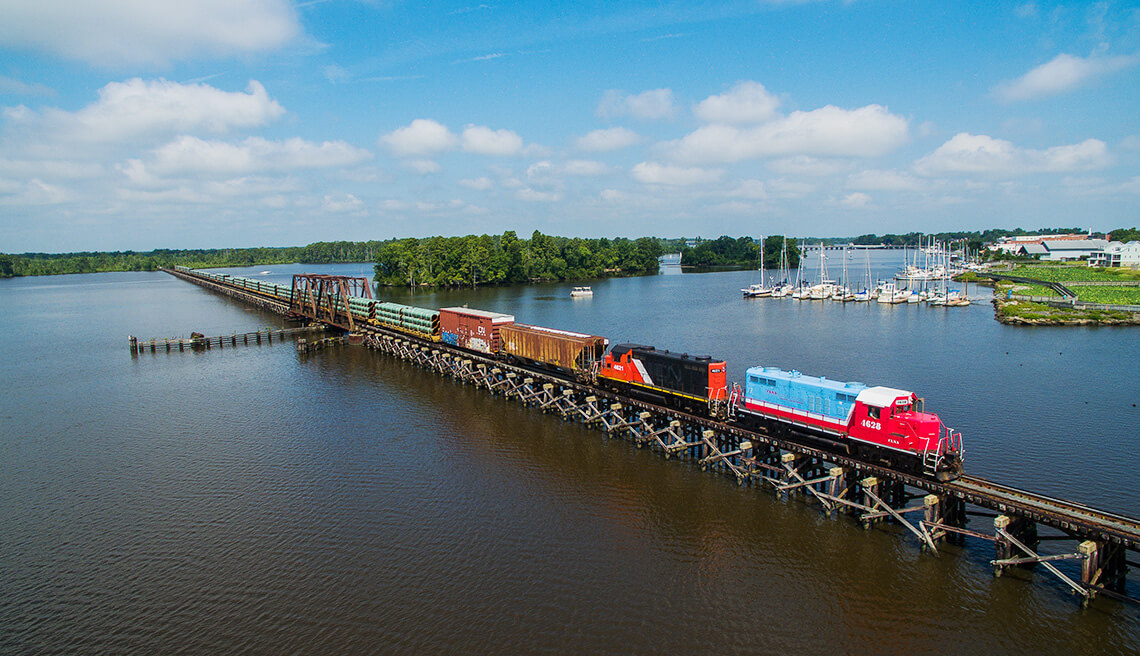 Discover the history — and the beauty — of Washington during the Historic Port of Washington Tour.  photograph by Barbara McKinley

Learn about shipyards that once dotted the riverfront and the places seafaring visitors frequented in the dockside community. Admire the stately homes where merchants resided while catching a breeze from the Pamlico River. And see what was at one time the busiest commercial wharf in the state — the place where ships brought goods from around the world and the state’s tobacco, tar, turpentine, and other naval stores were sold.

No matter which walking adventures you choose to take, you’re sure to see this former port town turned riverside destination in a brand-new light.