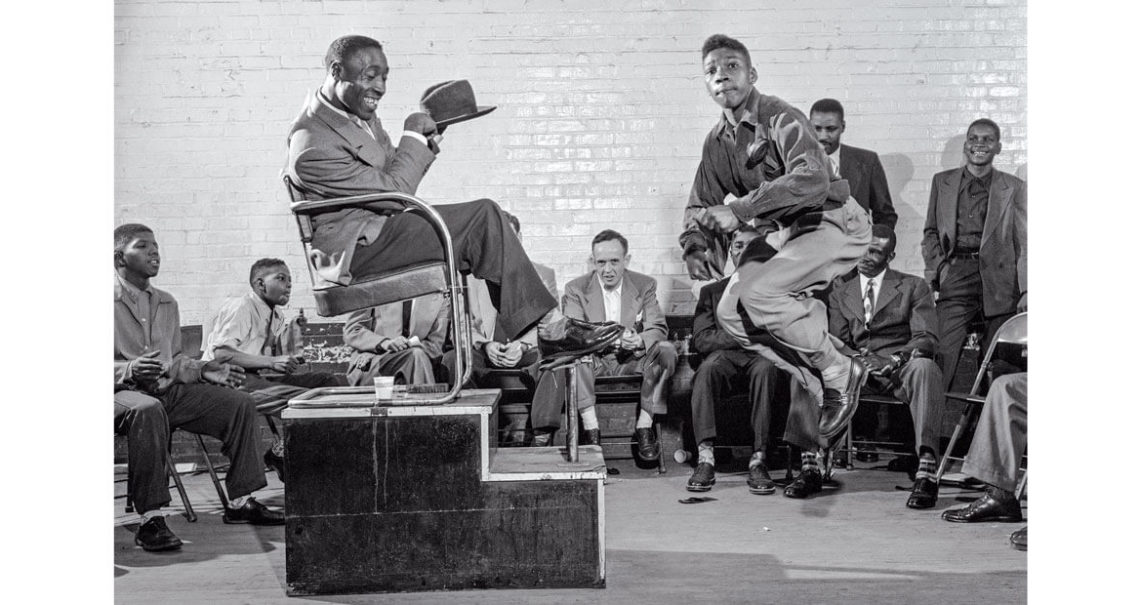 A snapshot is just that: a frozen frame of a fleeting moment in time, devoid of context. And so, there is more to this 1952 photograph of Curtis Phillips, all of 18 years old, hovering in midair, busting a move during a shoeshining competition at the Reid Community Center in Wilson. It’s one in a remarkable series of pictures taken by the late John G. Zimmerman. He was on assignment for Life magazine, but the photos were never published and remained undiscovered until Zimmerman’s daughter obtained them in 2007.

Outside of the community center was the Jim Crow South. But inside, the center was a joyous affair. Some 1,200 people showed up to watch the event, which was as much about performance as it was about buffing leather. Phillips danced, leaped, and won. Three years in a row. The prize money: $6.

Phillips had been shining shoes since age 12, when he dropped out of school to make money to support his family. At first, he earned 5 cents per customer. As he got better and more popular around town, he upped his fee to 35 cents a customer.

He stuck with it. For the next three decades, Phillips was a shoeshiner at the Cherry Hotel in Wilson, and he raised six children on the money he made. Later in life, after he’d retired and the pictures were discovered, Phillips confessed that he couldn’t remember that particular day, or details of the competition. He approached all his work with the same simple motto: “Shine ’em right. Make sure you shine ’em good. Appreciate the customer,” he told WUNC in 2014.

Phillips died in 2017, but his legacy was more than just a young man in a picture. During a split second on a big night in Wilson, a photographer captured his image, his energy, and his life to come. It was just one moment, but it’s all there — if you know what to look for.