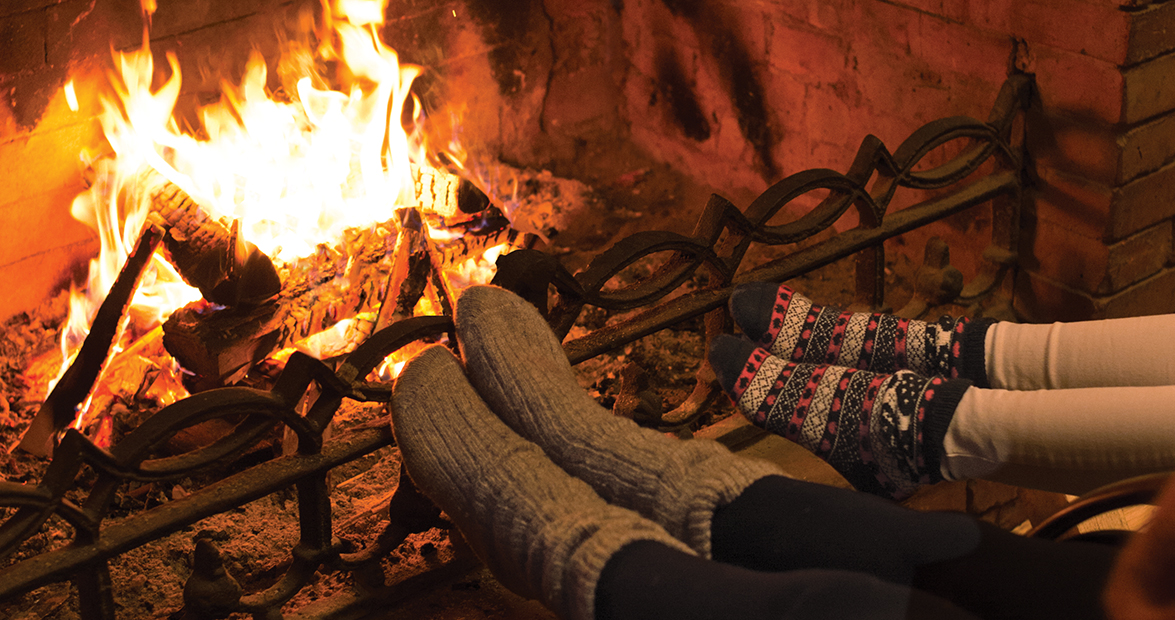 And I wouldn’t have it any other way.

Given a choice between a restaurant with an open hearth in the kitchen — the most recent one I went to was Rooster’s, in Winston-Salem — and one without, you know you’re heading for that comforting orange glow. There’s a reason people flock to the enormous fireplace in the Omni Grove Park Inn’s lobby — even in the summer, for heaven’s sake — practically shouting, “Savers!” in their rocking chairs like we did as children.

I had a child-size rocking chair that I’d pull to our hearth in Rutherfordton on winter nights. I’d settle in, book on my lap, and toast my toes. It was a raised hearth — the best kind, because you can sit on it, which I did regularly as a preteen, practically singeing the wool of my Fair Isle sweaters. As a teenager with my back to the fire, the metal rivets on my blue jeans grew so hot I was basically branded. We turned the flames of January fires green and blue with the wax cups that I’d given my father for Christmas.

Even fireplace tools are terrific. The precursor to today’s fire starters, a stubby round wrought-iron pot filled with oil sat on the hearth. A short metal dowel with a bristled end stuck into the oil, and you rolled it over your newspaper and kindling before striking a match. I’ve given beautiful, graceful pokers and andirons crafted by North Carolina artisans as gifts to the dwindling population of wood-fire purists and practitioners.

It goes without saying, but I’m going to anyway: Fires = comfort. Fires = cozy. Fires = warmth. Both the temperature kind of warmth, and the heart kind of warmth. Don’t you love driving by a house in the country with a stream of smoke wafting from the chimney, and a stack of wood high as a palisade in the yard? Those are the lucky folks with daylong fires. Barring that luxury, build your perfect fire around 5 in the evening. Let it blaze hot and high — maybe a little scarily — until the flames settle down, like an obedient child. (Oh yes, wood fires have personalities. Like people, every one is different.) By 8, it’s become darting tongues and an intimate part of the room, biding its time, no need to prove itself. In the next hours, logs thin, then silently fall apart, collapsing into embers. Flickers replace flames, and a coolness lurks at the edges. Listen. “It’s OK,” the fire whispers. “Go on to bed. We’ll do it again tomorrow.”