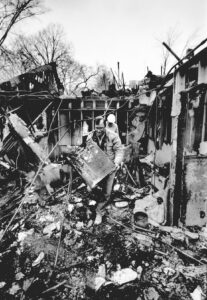 On December 5, 1990, as twilight settled over the campus of the University of North Carolina at Chapel Hill, a three-alarm electrical fire, fueled by almost 70 years of publishing history, swept through Brooks Hall. The building was home to The University of North Carolina Press, and the fire burned through the library of all 2,000 or so titles printed since the academic publishing house — the first of its kind in the South — was founded in 1922. The blaze consumed authors’ manuscripts and correspondence, original illustrations, and the family Christmas presents that one staff member had been hiding at the office. It destroyed certificates for the Pulitzer Prize and National Book Award, along with around 80 other honors and recognitions that hung on the walls.

The fire was a defining moment in the history of UNC Press — not because of what was lost but because of what came next. Over the months and years that followed, people all over North Carolina scoured sales and auctions, and pulled first editions from their own bookshelves to help UNC Press reconstruct its archive. “It’s not complete, but it’s pretty darn close,” says Editorial Director Mark Simpson-Vos, who joined the press in 1998 but keeps a smoke-tinged paperweight — a survivor of the fire and an inheritance from a colleague — on his desk. “The entire community and the entire state came together to help us rebuild that library. They understood that we were their press.” 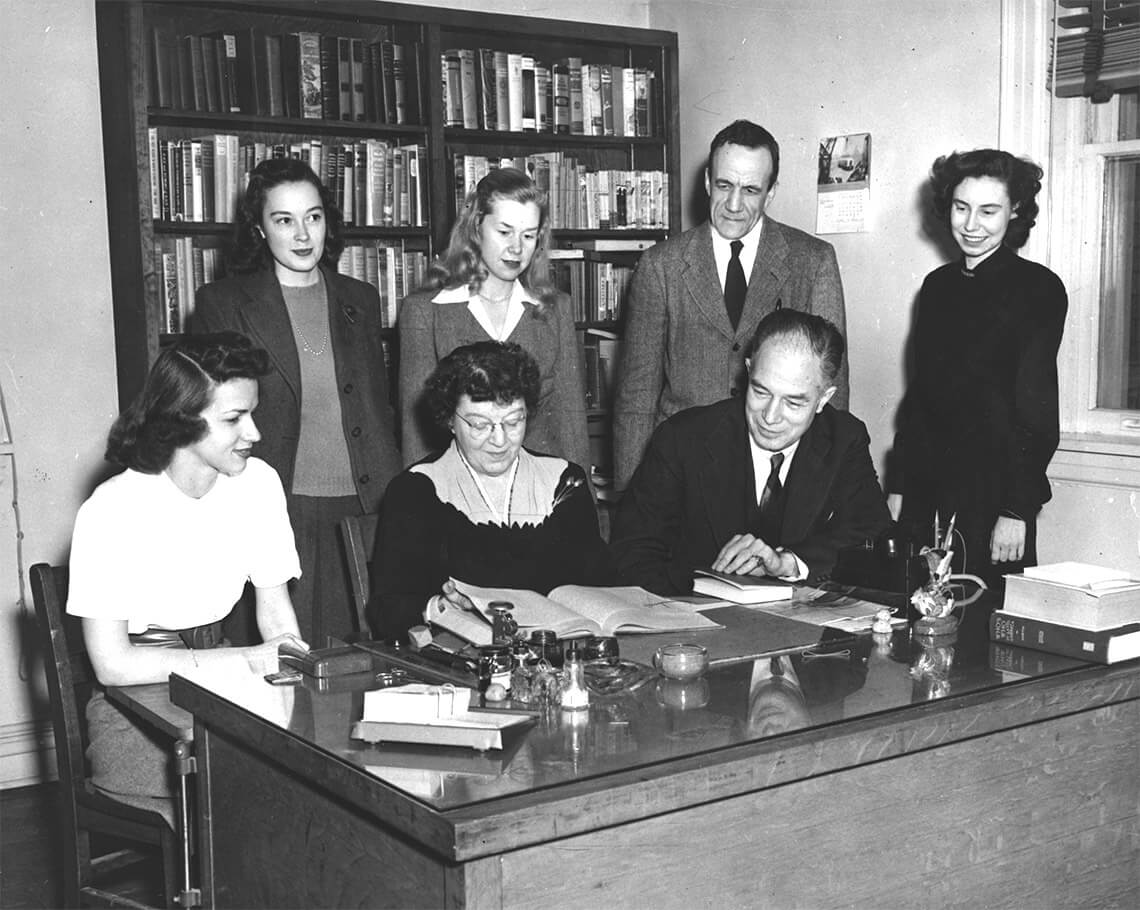 This year, UNC Press celebrates a century of serving the people of North Carolina with publications that run the gamut from serious scholarly works to cookbooks so popular that you probably have one in your kitchen right now. The first university presses in the country were founded in the late 19th and early 20th centuries, mostly at institutions looking to boost their scholarly reputations. But when 13 educators and leaders gathered on the Chapel Hill campus a hundred years ago to charter a publishing house, they were committed to a different vision. “The South was seen as a backwater, and the founding of the Press was a deliberate effort to say, ‘This region is worthy of study, and we’re going to do it here,’ ” says John Sherer, the director of UNC Press.

Over the decades that followed, UNC Press brought every aspect of Southern life into the light, publishing early studies of the Black experience in the South and some of the first books focused on the flora and fauna of the region. Even as the press helped pioneer new academic fields like women’s studies and won awards for its publications about civil rights, Caribbean and Latin American history, and more, North Carolina was always at the heart of its mission. “I’d like to think that almost everybody in the state can look at our library and find something about themselves,” Sherer says. “This is where we celebrate your community, tell your story. We have been doing that for a hundred years.”

Related: Check out these titles from 100 years of North Carolina literary history.