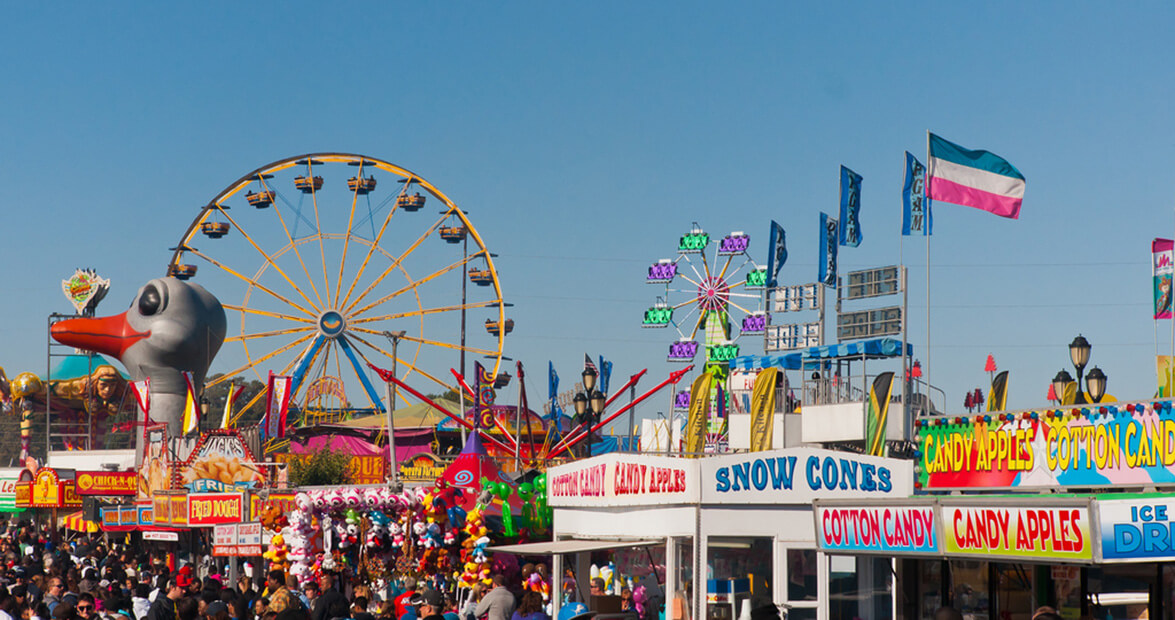 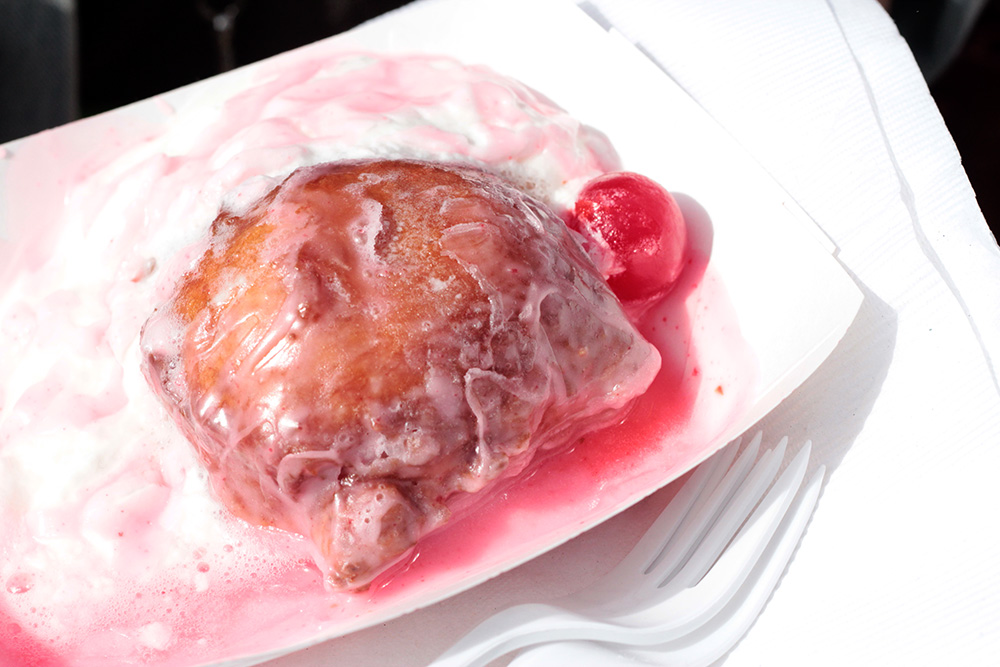 I’m convinced that you could deep fry a tennis shoe and it would taste good, so admittedly, the bar is set pretty low for this category of fair cuisine. But I’m impressed that this item took something I’m not much of a fan of on its own (Jell-O) and turned it into a sweet little doughnut-like pastry. The whipped cream and cherry are also a nice touch. You can find this at S2 Concessions near Kiddieland — the same stand where last year I tried the infamous deep fried peanut butter pickle. 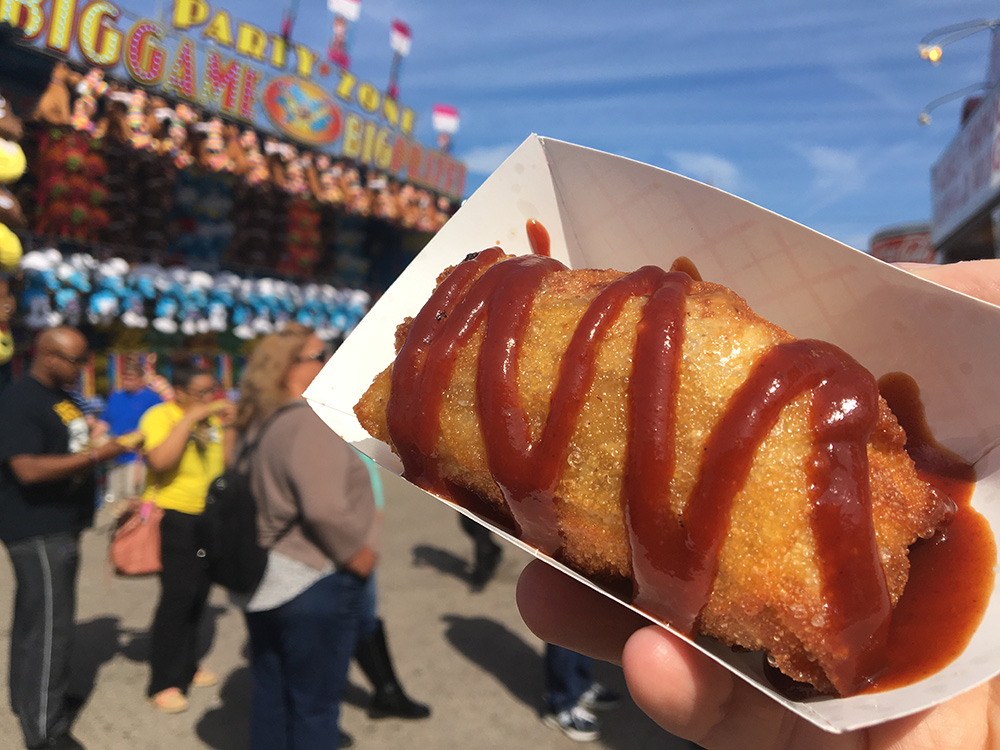 It’s drizzled with Piedmont-style sauce, so let’s just go ahead and have the inevitable argument about which style of North Carolina barbecue is best. This little item, which you can find at Woody’s on the midway, is really held together by the slaw, which is almost halfway between a barbecue sandwich and an egg roll, taste-wise. It’s also easy to cleanly eat with one hand, a must for fair goers who don’t want sticky fingers for the rest of the day. 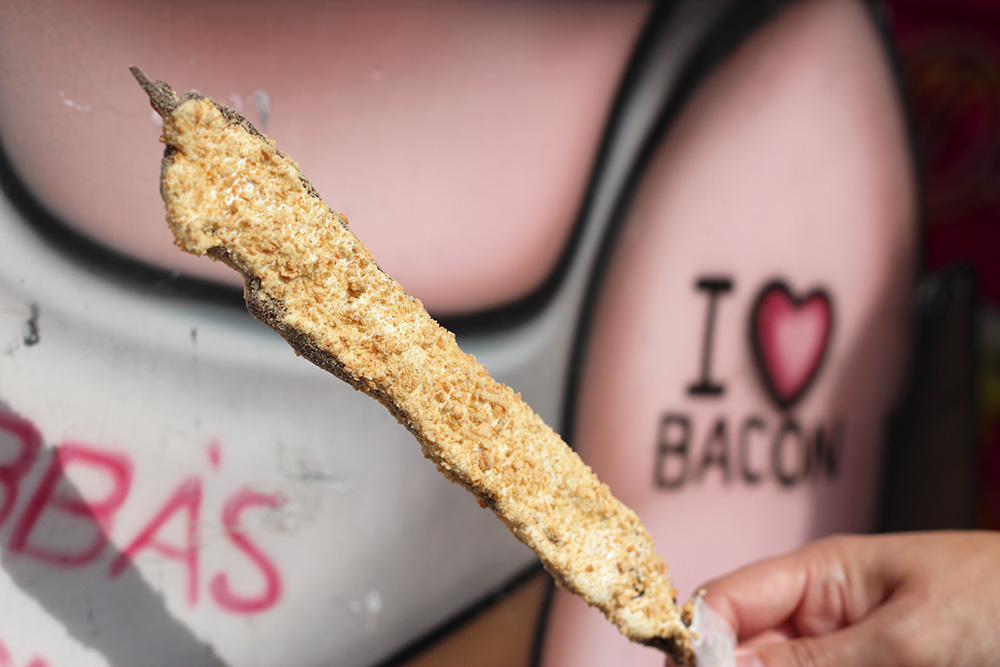 This comes from the Bacon stand not far from the Sam Rand Grandstand, and it’s made by the people who brought you the Man Sandwich, an artery-clogging grilled cheese sandwich wrapped in strips of bacon. In this case, you get a chocolate, marshmallow, and graham cracker crumb coating over a strip of crispy bacon for $5. For me, the sweet taste hit first before the bacon flavor filled my mouth, meaning this is the best possible way to ruin your dinner with dessert. 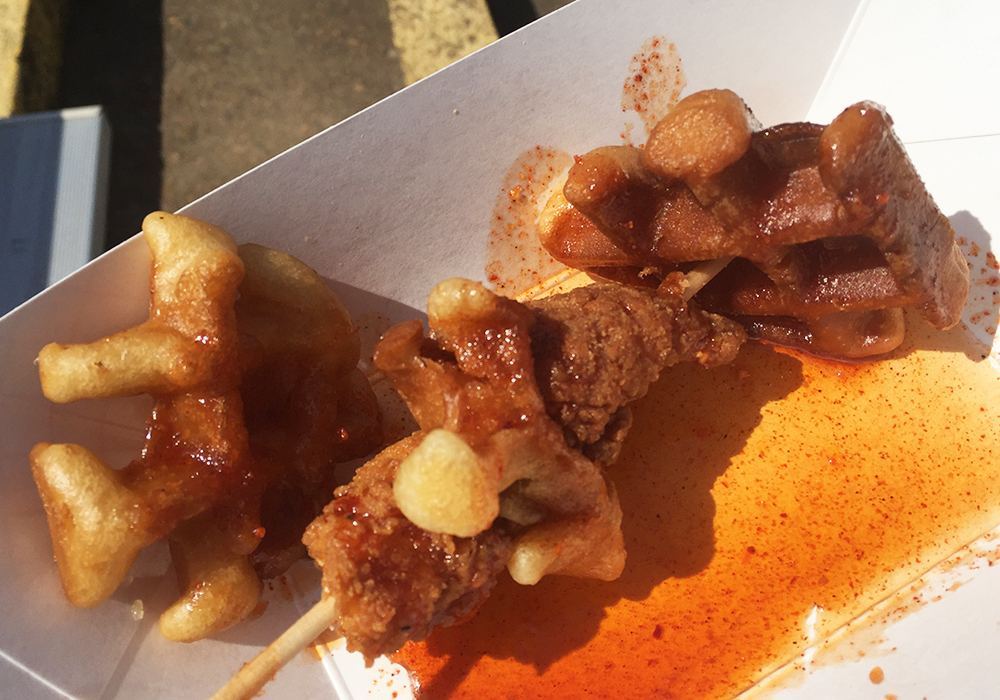 The best innovations at the state fair are often the ones that take sit down meals and make them portable. Hence, I already knew I liked chicken and waffles, but whoever decided to put them on a kabob needs to be hired by NASA. The sriracha also gives this traditional dish a kick, and you can tell how in-demand it is by heading over to the Chicken-n-Que stand (the one with the giant inflatable ostrich head on top) near the midway. There’s always a line.

Watch our senior editor, Jeremy Markovich, try each of these fair foods in the video below.