Each morning when Chris Aldridge unlocks the doors to Country Retreat Family Billiards & Grill, his little pool-table paradise located on a stretch of NC Highway 105 about midway between Linville and Boone, he feels a sense of pride. This is not your typical rowdy pool hall. Conspicuous in its absence: alcohol. There’s no drinking at Family Billiards. No fighting. No cursing.

“Pool rooms have kind of a negative connotation,” Aldridge says over the din of an afternoon rush — the thwack of cues sending balls skittering across felt, the sounds of burgers sizzling on a grill in the back. “But we’ve been very family-friendly.” He’s surrounded by blue walls lined with signed photographs of professional pool players and 10 commercial-quality Gabriels billiards tables, whose surfaces glow under bright LED lights. 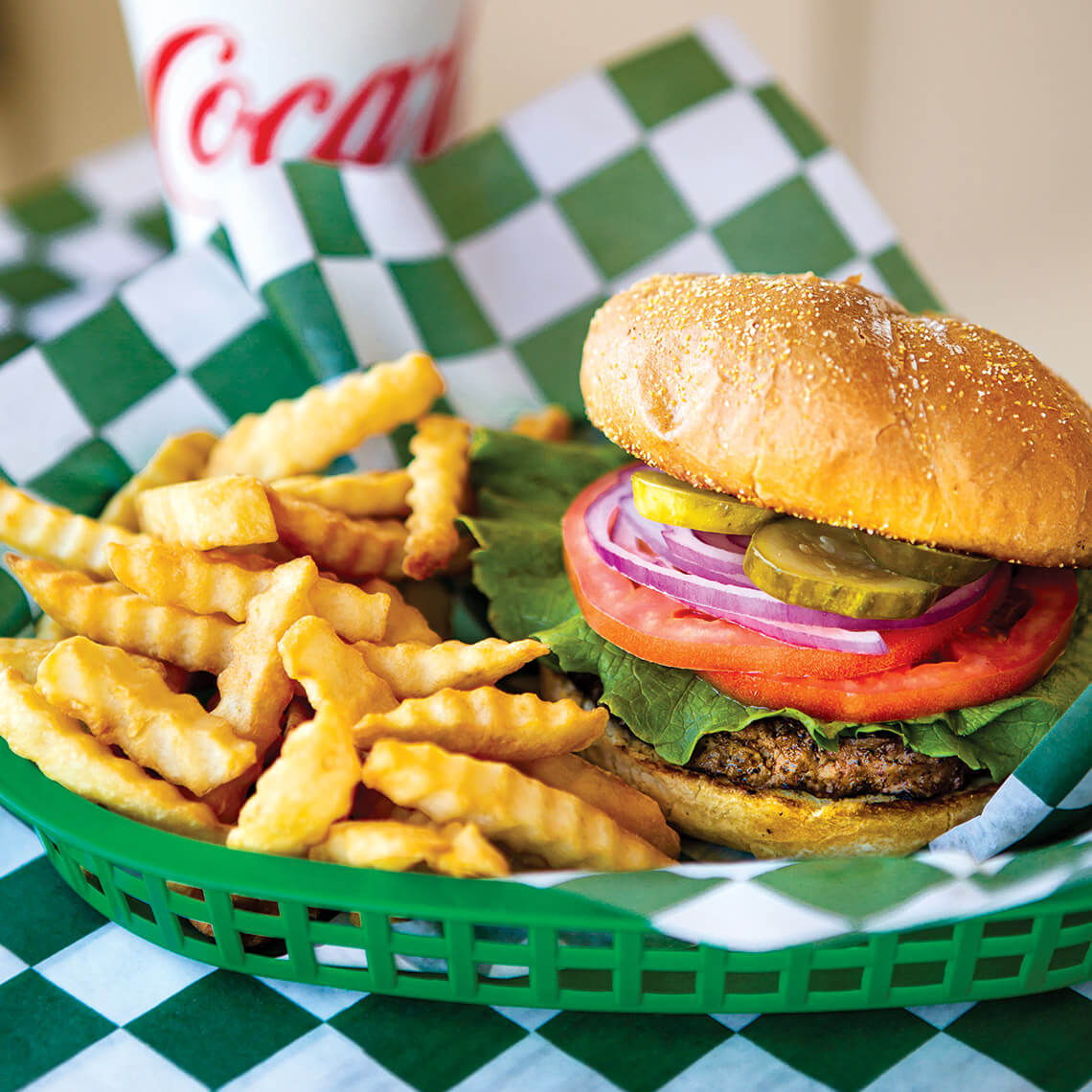 Burgers are the main draw at Family Billiards. photograph by Tim Robison

Another non-pool-hall-like feature at Family Billiards: its food menu. This unlikely pool room in the North Carolina mountains is known far and wide for serving some of the best hamburgers in the area: thick, juicy, 100 percent Angus beef, chargrilled to perfection and served on toasted and buttered buns alongside locally sourced produce. Aldridge says that he added the food to help pay for the pool. “I had no interest in running a restaurant, but that was the only way I could make the pool room work,” he says as servers hustle plates of crinkle-cut fries and burgers to customers sitting at the bar. As it turns out, those burgers — not to mention the hot dogs, milkshakes, salads, and soup — have become the main draw at Family Billiards.

Aldridge may not have planned to open a restaurant, but pool has been on his personal menu since he was 6 or 7 years old. Born in Asheville, he grew up in Virginia and then Princeton, New Jersey, where his family got a pool table one year for Christmas. He became obsessed with the game, eventually studying the moves of professional players at exhibition matches. In his teen years, he ventured over to nearby Princeton University’s dorms to compete with older kids. “I was the best recreational player there, even though I was only in high school,” he says.

When it was time to go to college himself, Aldridge shipped off to Appalachian State University to study psychology and became a fixture at the pool tables in the student union. After graduation, he worked up North in the mental health field for six years, but pool kept tugging at him. He convinced his wife, Sandra, to move with him down to his dad’s hometown of Foscoe, where, in 1996, he opened Family Billiards on land that had been in the Aldridge family for generations. What he wanted? A great pool hall. What he didn’t want? The negative things associated with pool halls. “I never had any interest in serving alcohol because it would totally change the place,” he says. “It would be just like every other pool room and bar.” 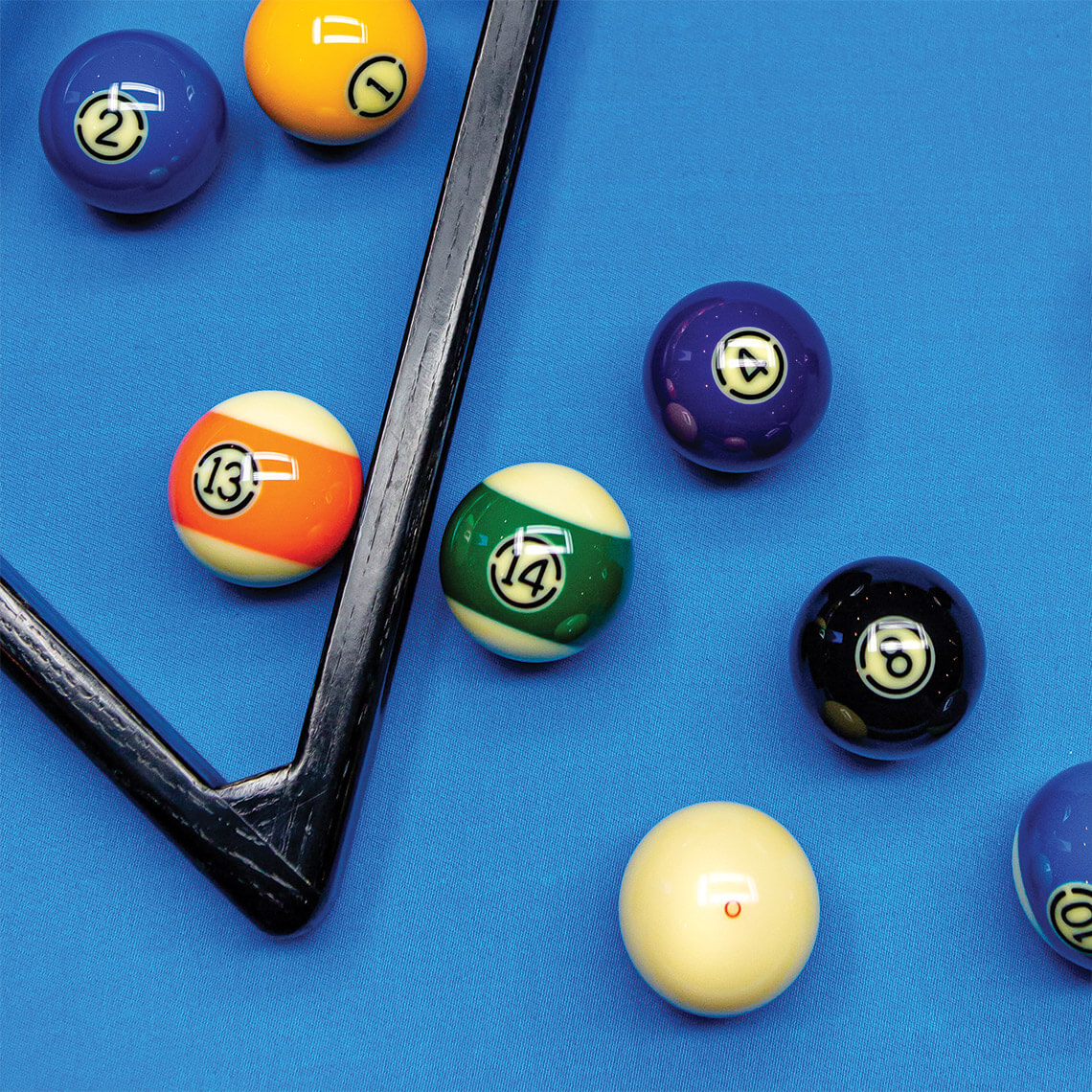 At Family Billiards in Watauga County, you can have a burger and fries with a side of 8 Ball or Cutthroat. photograph by Tim Robison

Adding food made all the difference. His customer base expanded to include locals swinging by for lunchtime takeout and occasional tourists dropping in to grab a burger between visits to mountain attractions. Aldridge is proud of the eclectic environment that he and his staff have created. His food customers love the burgers. His pool customers enjoy rubbing elbows with some of the finest billiards players in the area. One semi-regular during Family Billiards’ early years was Allison Fisher, the top female pool player in the world, who lives in Charlotte.

At night, when the grill has cooled and the last of the customers leave, Aldridge sticks around for a while to practice. And in the hushed, darkened room, he loses track of the hours before he realizes it’s time to go home.