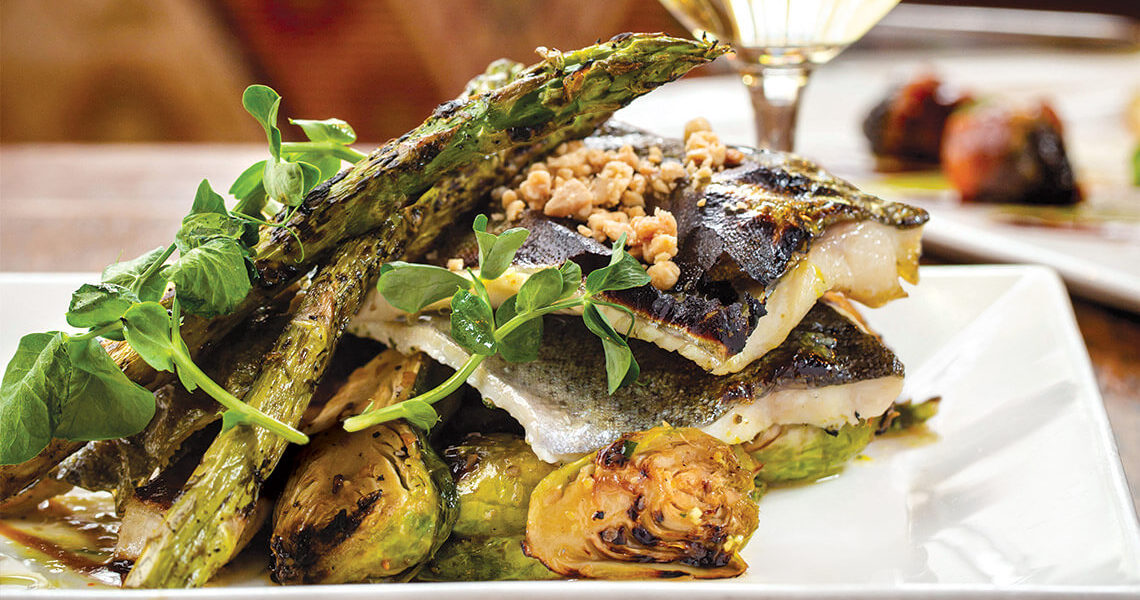 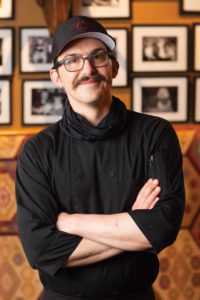 A wisp of smoke drifts through the dining room at Bistro Roca in Blowing Rock. Oak logs crackle in the wood-fired oven, imbuing local trout and Brussels sprouts with complex, smoky flavors. “The wood-fired oven is the heart of the restaurant,” says Executive Chef Seth Parker. “When you walk in, you definitely get smacked with the smell of the wood fire.”

He plunges his hands into yeasty dough as he stretches it into a Neapolitan pie topped with Peppadew peppers and Benton’s bacon. At 800 degrees, the oven transforms the pizza in an instant, puffing up the crust and creating the charred bubbles that chefs covet.

During his 15 years at Bistro Roca, Parker has made countless pizzas and crafted some of the most creative New American dishes in the area: figs roasted with sourwood honey, drizzled with balsamic reduction, and topped with tangy Manchego cheese; veal osso buco over bone marrow risotto and wood-fired mushrooms. Creative cocktails with ingredients like chili pepper syrup or lavender bitters are served at the restaurant’s famed Antlers Bar.

A generation back, Parker’s parents spent hours lingering over drinks at Antlers, which opened in the early 1930s and is still part of the restaurant today. His parents attended Appalachian State University, and when they weren’t studying, they were at Antlers, his father playing music with his band while his mother watched. Today, some of the original bricks and wood paneling are still standing, giving off a rustic warmth that welcomes everyone who passes through.

Parker’s interest in food was ignited after his family moved to the Outer Banks when he was 6 years old. Family gatherings centered on huge spreads of Southern food prepared by his mother and grandmother, who taught him how to cook with care. He started working in restaurants when he was 14, first as a dishwasher. As he worked his way up the ranks, he was mentored by chefs who taught him the classical techniques and mother sauces that are the backbone of fine cuisine. “After several years of cooking, I started to realize that I really enjoy it,” Parker says. “I have a passion for creating dishes, putting flavors together, and just trying to make beautiful-looking food.”

He initially moved to Blowing Rock for a short-lived relationship, but he found his true love at Bistro Roca, where his wife is the bar manager. The cozy atmosphere has kindled many other romances: Parker officiated the sous chef ’s wedding, as well as the nuptials of two regular customers who got married at the restaurant last year. Bistro Roca is a true locals spot, where devoted regulars dine multiple times a week. The wood-grained walls of Antlers Bar are covered in framed portraits of customers’ pets, a longstanding tradition started by a previous owner. 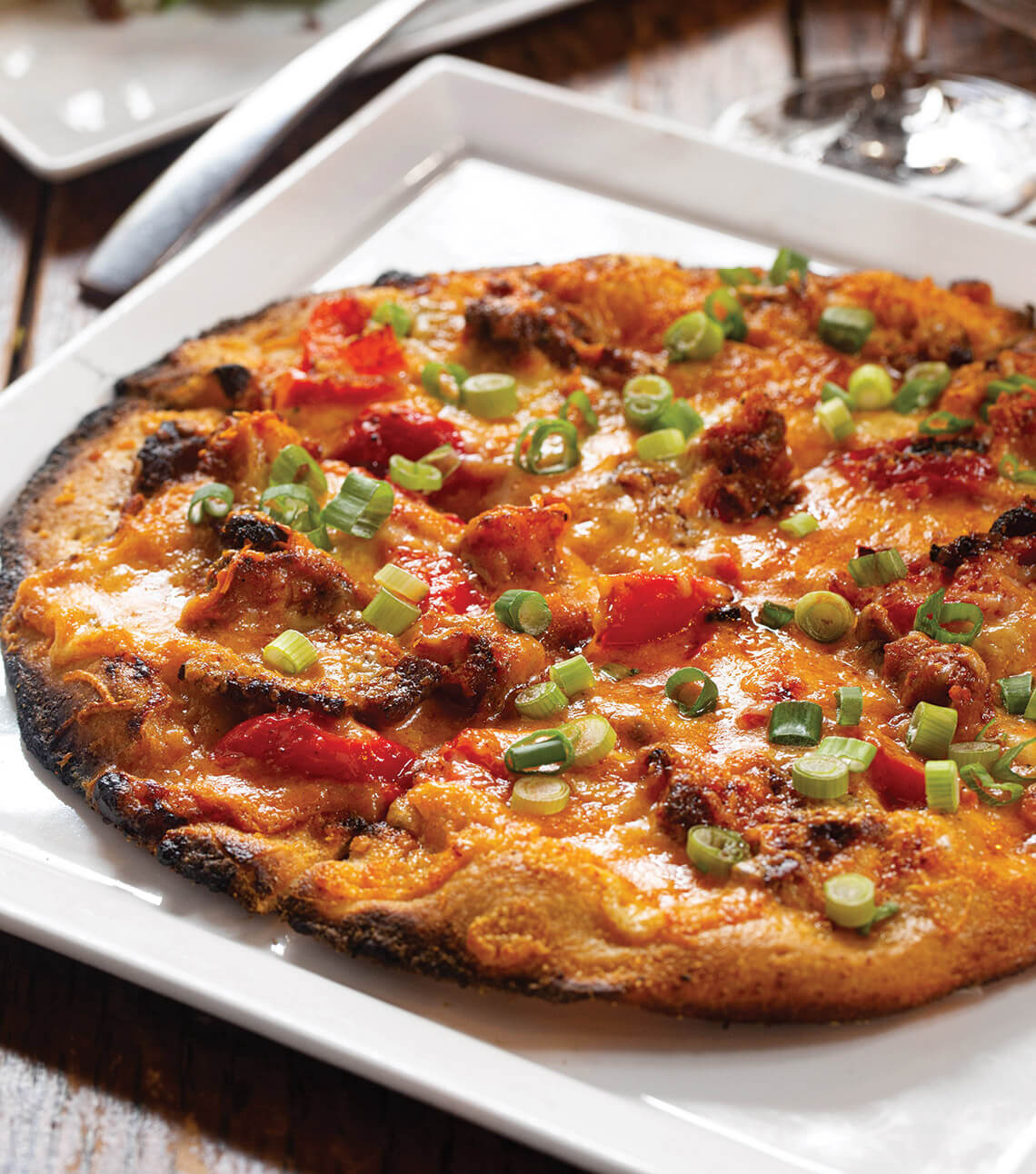 Parker takes great pride in the restaurant’s scratch-made staples, including chicken stock that simmers for hours and a rainbow of house-made sauces. He seeks out local vegetables and meats whenever possible, and the pizza dough and most of the bread is made nearby at Stick Boy Bread Company in Boone. “I think you should take the extra time and really respect the ingredients you’re working with,” Parker says.

His idea of the perfect dining experience is cooking at home, where he can pass heaping plates of food among friends while they sip wine or scotch late into the night. He wants to create a similar sense of belonging for people who come to Bistro Roca — a vision that becomes reality when customers return week after week to share a meal by the glow of the wood-fired oven.