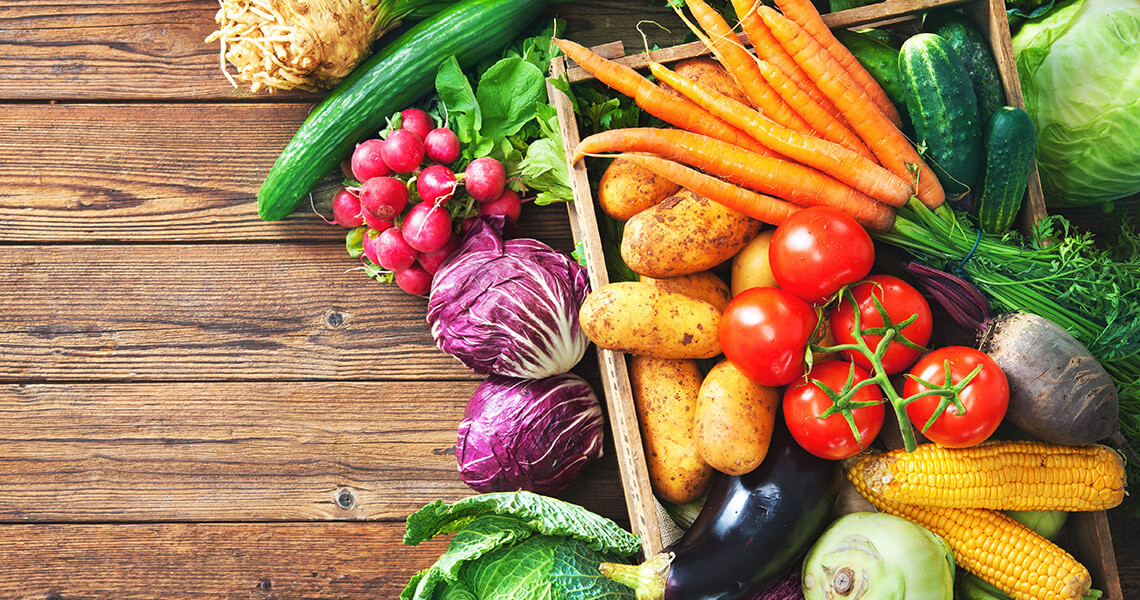 On an early morning in late spring, the strawberries hang heavy — bright red and nearly bursting with sweet juice. More fruits and vegetables in an abundance and variety that could overwhelm a grocery store ripen on green stems. Doug and Randall Patterson have already been at work for at least an hour by the time their employees drive up at 7 a.m. The brothers have checked their Rowan County fields to assess the previous day’s unfinished work, walked through the packaging facility, and consulted the inventories to see what they need to sell.

Sysco, the global leader in food distribution, partners with more local growers and producers than any other distributor. By partnering with agricultural communities like those right here in North Carolina, Sysco supplies fresh ingredients while advancing sustainable agriculture. 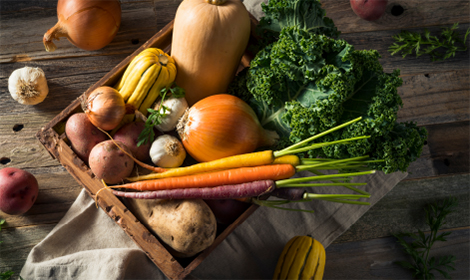 On the list are tomatoes, bell peppers, cucumbers, strawberries, squash, zucchini, eggplant, watermelon, cantaloupe, banana peppers, and poblano peppers. Packed onto sometimes 20 tractor-trailer loads a day, Patterson Farm’s fruits and vegetables travel to customers across North Carolina, as far south as Puerto Rico, and all the way up to Canada. Buyers range from some of the larger area farmers markets and garden centers to major supermarket chains and vegetable re-packers who buy the vegetables in bulk and then deliver them to restaurants.

During this peak season, the days are long; the farm needs many hands to get the job done. From the end of June through mid-October, Randall and his wife, Nora, and Doug and his wife, Michelle, are joined by eight farm managers and 300 or so employees. 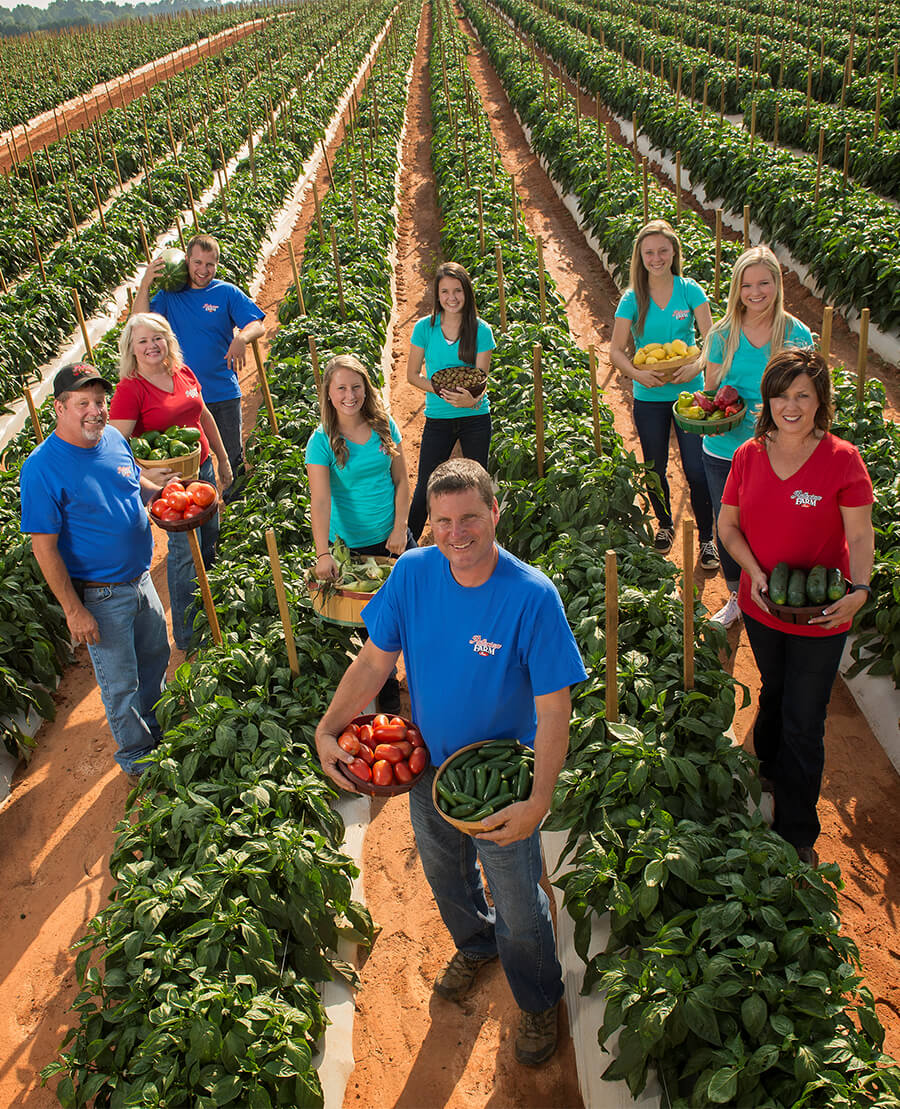 Farming is in the Patterson brothers’ blood. Doug and Randall’s grandfather started the fruit and vegetable farm in 1919, and they grew up tending the land with their father and uncle. Both boys went to North Carolina State University — Randall with the goal of coming straight back to the farm after he got an agriculture engineering degree and Doug with a plan to work as a mechanical engineer.

“I didn’t love it from the beginning,” Doug admits now. “Randall knew that’s what he wanted to do, but I thought I’d go out and try something else.”

After seven years of working in a windowless office, Doug knew it was time to come back home. “I believe if you work for someone else, you should work like you’re working for yourself,” he says. “People look at me like I’m crazy when I say that, but growing up on a farm, we knew how to work hard. When I was working for someone else and coming in on Saturdays and working on holidays, I thought, I might as well be working for myself.”

Plus, there’s nothing like a farm to raise a family, he says. Unlike when he was traveling for his job as a mechanical engineer, Doug has the flexibility to prioritize what’s important. “With farming, there’s always plenty of work to do, but you can always take time out to go to a dance recital, ball game, or other family event — and you can have dinner together every night.” 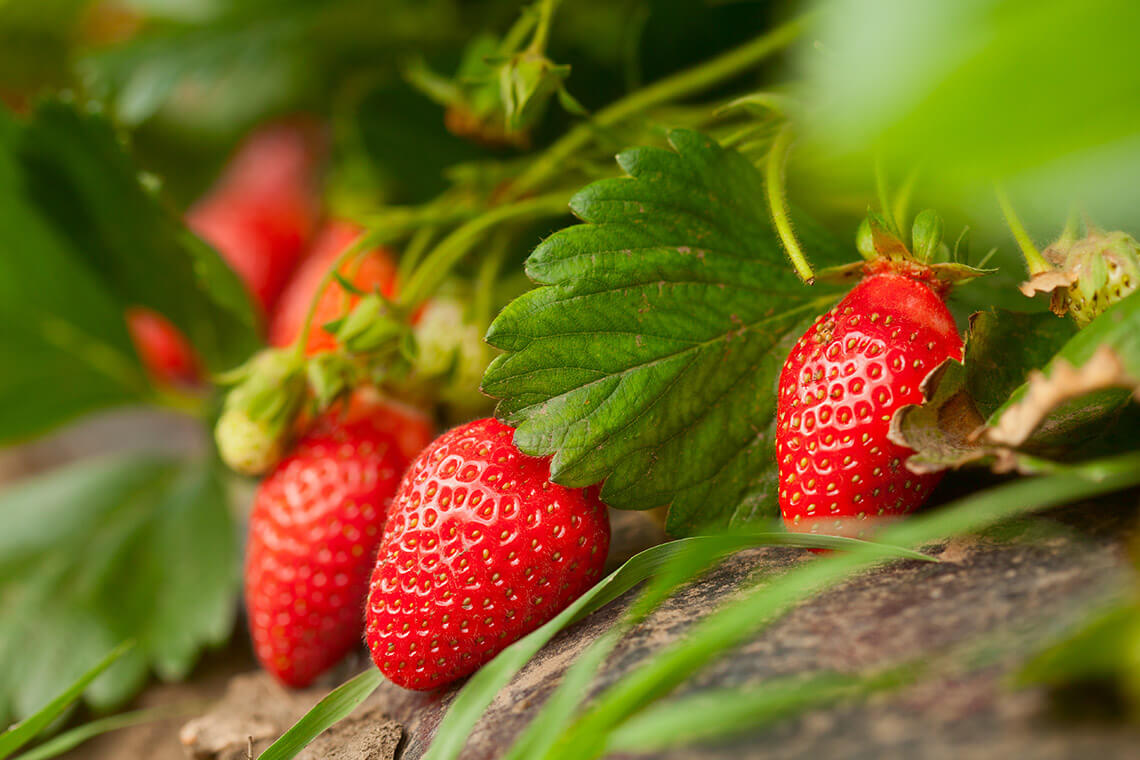 Doug and his family want people to know where their food comes from. That’s why education is an important part of their mission.

“Less than 2 percent of the population farms,” Doug says. “If anybody wants to take care of the land, air, and water, it’s farmers. If we didn’t, we wouldn’t be able to farm. I like for people to come visit us so that we can show them what we’re doing and how we do it.”

On weekdays, school groups regularly explore a portion of the 550-acre farm to learn about the ins and outs of farming. Doug regularly speaks with NC State’s Agriculture Education students. And on weekends, Patterson Farms hosts activities like wagon rides, birthday parties, a Farmer for the Day tour, corporate gatherings, and pick-your-own events.

Local shoppers often swing by the on-site market — open Wednesday through Saturday in the off-season and seven days a week in-season — to stock up on produce, homemade jams and jellies, and ice cream made with their homegrown strawberries. “We also sell produce that we don’t grow, like peaches and apples from other local farms,” Doug says. 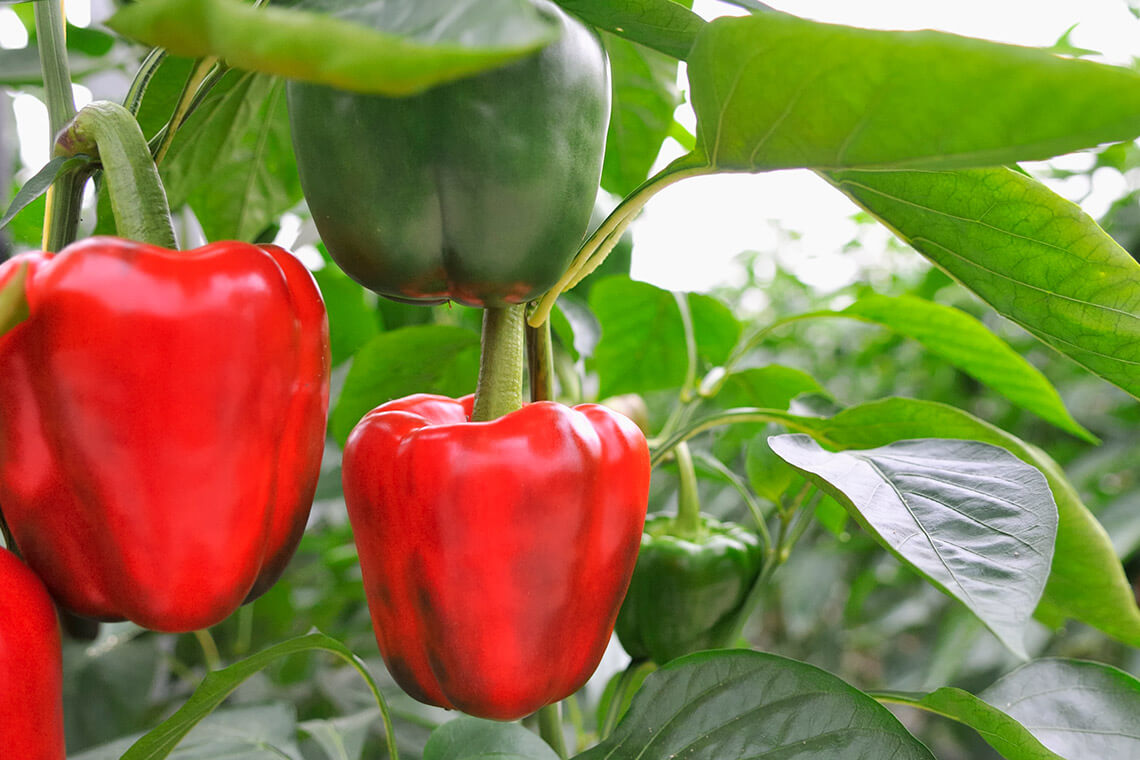 photograph by Sjo/iStock/Getty Images Plus

The connection between his labor and the final product motivates Doug to go to work every day. “When you’re growing produce, you see the results from your hard work, and you package it and sell it and know you’re feeding part of the country or the world. That’s very satisfying.”

The work can be laborious, and it’s not always as straightforward as planting a seed and watching it grow. Unpredictable challenges ranging from weather to equipment to labor make each day different from the day before. “It’s this constant evaluation of materials, manpower, and weather,” Doug says. “You start out one way, and by lunch, you have to change your plan.”

That means a plan that changes by the day — and from year-to-year. “We have to analyze the yields: How many boxes did we get per acre, and do we foresee prices going up on any commodity next year? In the off-season, we’re planning for what we’re going to grow next year, evaluating if it makes sense financially to upgrade our trucks and equipment,” Doug says. 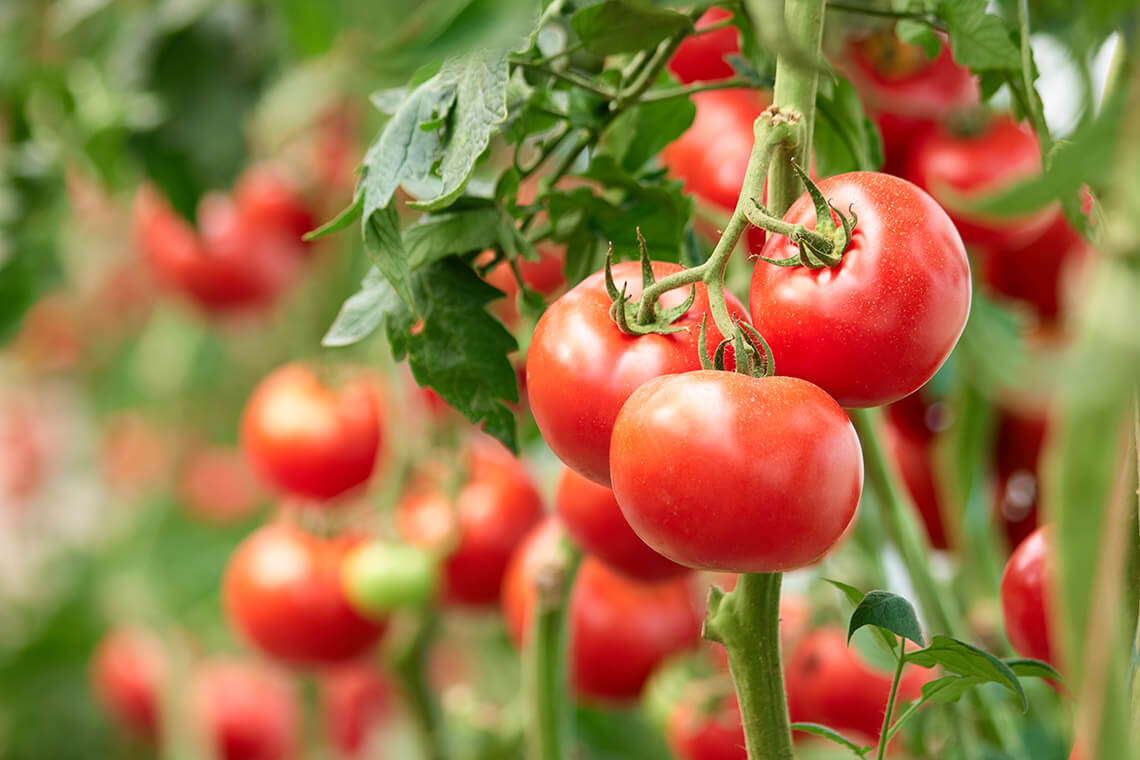 photograph by Denisfilm/iStock/Getty Images Plus

Both brothers believe it’s important to be a part of farming commodity groups; Randall is president of the North Carolina Tomato Growers Association, and Doug served as past president of the North Carolina Strawberry Association. “In the winter, we go to conferences and we visit other farmers to learn from them,” Doug says. “We ask what their challenges were and how they dealt with them. It’s a lot of work in the off-season, too.”

But every day, simple pleasures make it all worthwhile. For now, Randall and Nora’s son, Taylor, and Doug and Michelle’s daughter, Victoria, are themselves back at the farm working after graduating from NC State. There’s rarely a morning that Doug misses the sunrise or an evening that he doesn’t catch the sun as it makes its descent over his fields — the same rows his grandfather tended more than a century ago. “When you’re a farmer,” he reflects, “you see God’s work every day.”