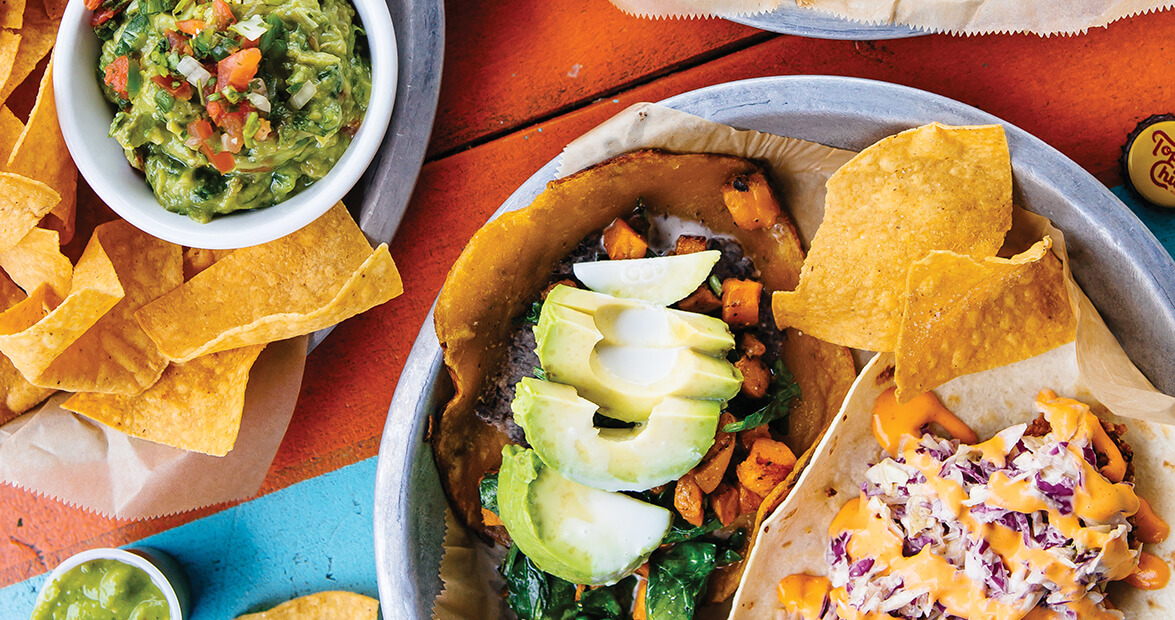 Photo above: At Taco Billy, try tacos filled with sweet potato and kale, and fried chicken and mango slaw.

For more than a century, Haywood Road has been the beating heart of West Asheville, and the witness to decades of growth and transformation. Incorporated as its own town, separate from Asheville, in 1889, the community sprang up around Haywood. By 1915, West Asheville boasted 4,000 residents, 10 stores, a fire department, and a bank. In 1917, it was absorbed into the larger city, but the neighborhood still retains that early independent streak. Today, it’s where you’ll find many of the restaurants on your Asheville checklist — as well as a few to add. And while the upscale restaurants, taquerias, bakeries, and boutiques that have recently opened have helped the area thrive, West Asheville still feels like the tight-knit community it’s always been. These days, Haywood is still witness to transformation. Luckily, so are we. 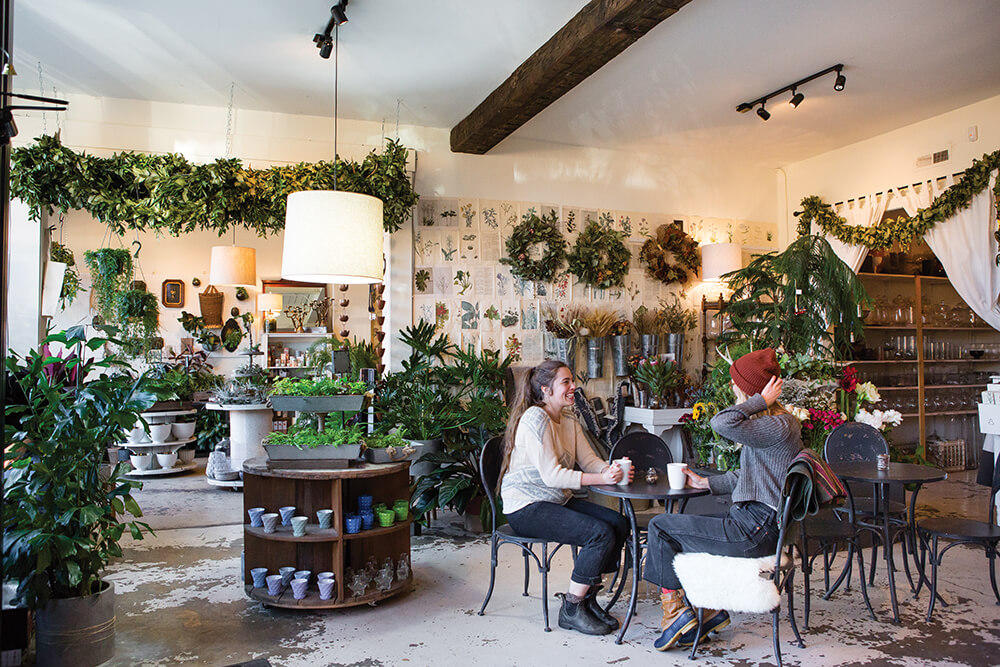 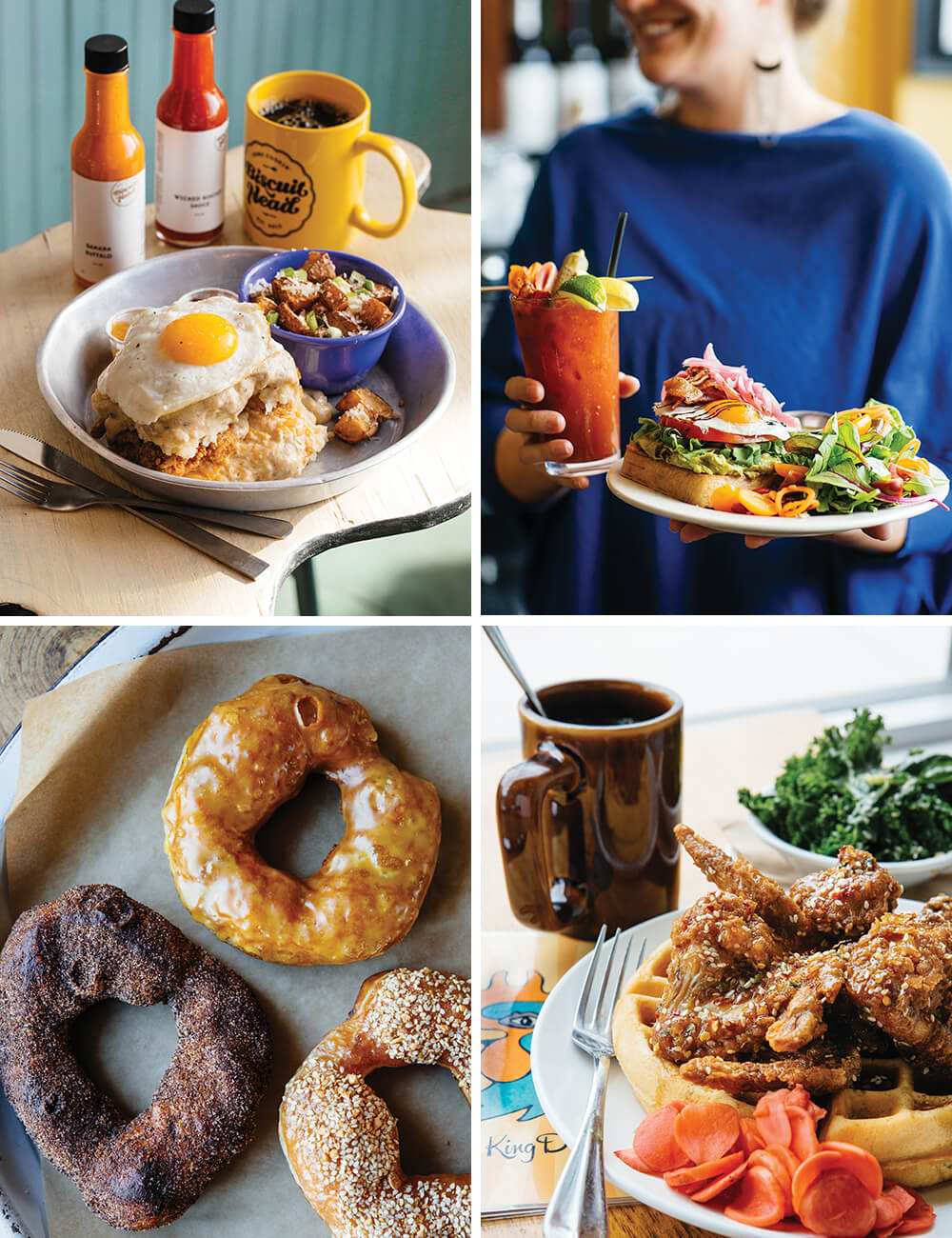 Four good reasons not to skip breakfast on Haywood Road (clockwise from top left): A fried chicken biscuit with mushroom gravy at Biscuit Head; a twist on avocado toast and a Bloody Mary with bacon at Sunny Point Café; Korean wings on a waffle at King Daddy’s; and the cocoa rub, almond sesame, and bourbon-molasses doughnuts at Hole. photograph by Tim Robison 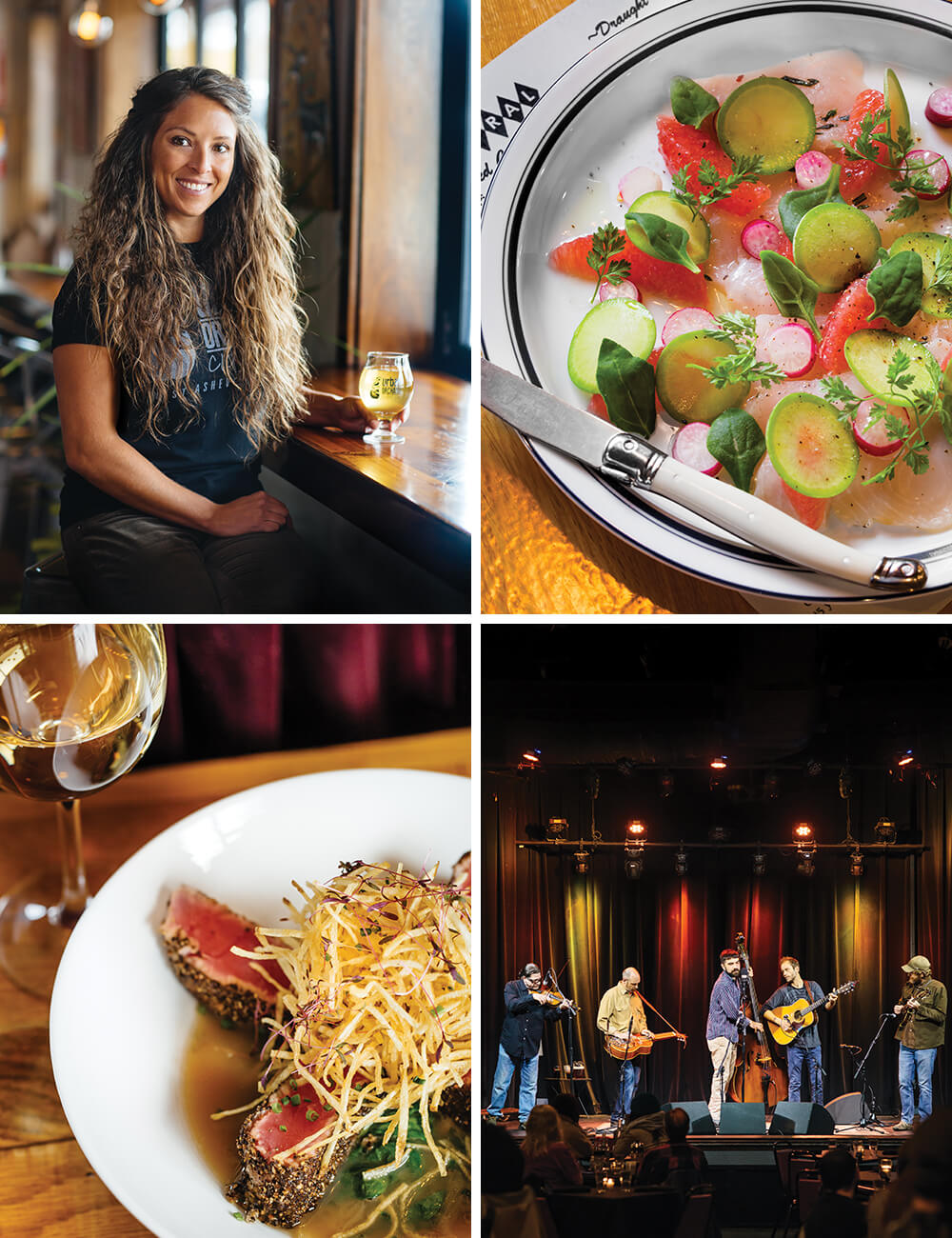 Josie Mielke (top left) turned her hobby into one of the country’s first cider brewpubs at Urban Orchard Cider Company. If you can snag a dinner reservation at The Admiral, try the swordfish crudo (top right), or head to Isis Music Hall, built in 1937, for pepper-crusted ahi tuna and a show (below). photograph by Tim Robison