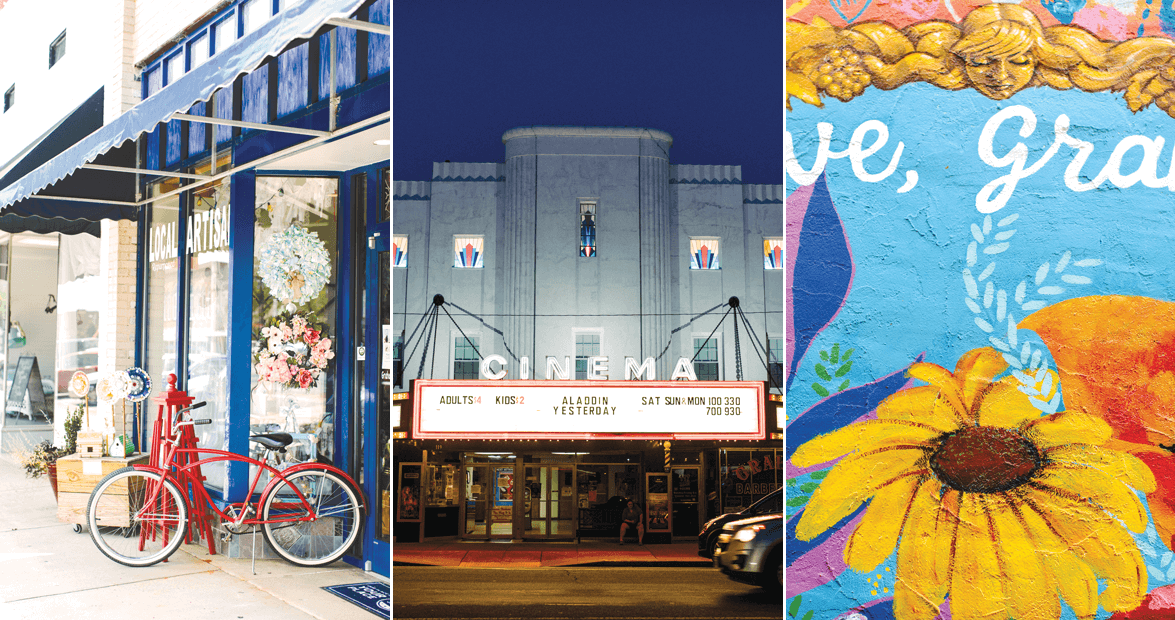 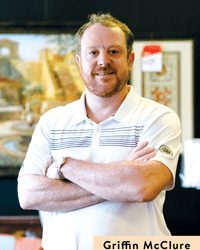 When Griffin McClure researched old advertisements for Green and McClure Furniture, he was surprised to learn that the store was once open until midnight on Saturdays. “The odd hours were built around accommodating the shift changes at the local textile mills,” he explains.

A lot has changed since the store opened in 1907 — including the hours — but the business has remained a fixture in downtown Graham. In the years since he started sweeping floors as a teenager, McClure, the fourth-generation owner of Green and McClure, has witnessed the once-struggling downtown undergo a dramatic revitalization. “People are rediscovering city centers,” he says. “They want community and conversation, and that is bringing them back to downtown.”

McClure is part of the team shaping the vision for downtown Graham. He hopes that investments like the renovation of the Oneida Mill Lofts, a former textile mill that dates back to 1882, into a residential building will help achieve the live/work/play atmosphere that will sustain the neighborhood. “We’ve really had some momentum, but we’re still a blank canvas to some degree,” he says. “What we do well, we do well in a small footprint.” 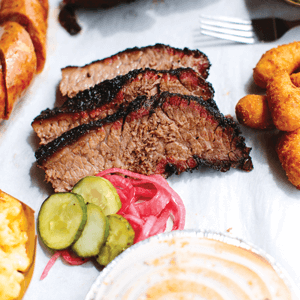 Smokehouse at Steve’s. Last year, Justin Long, owner of Steve’s, opened a smokehouse adjacent to the market. The crown jewel is the wood-fired smoker. “He’s really intentional about putting great food on the plate, and it shows,” McClure says. 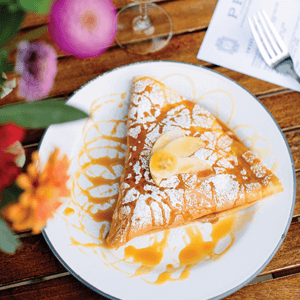 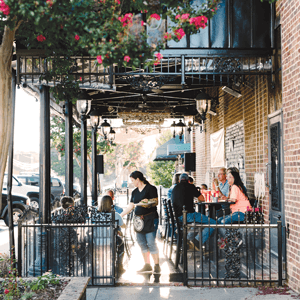 The Verdict on the Square.  It’s not surprising that this restaurant is popular with courthouse staff. “Everything on the menu has a legal theme,” McClure says, from The Supreme Court Burger, to a chicken sandwich called The Stool Pigeon, to the Public Defender po’boy.

The Graham Soda Shop and Grill.  Generations of the McClure family have piled into the red-and-gray booths at this downtown throwback. Grab a stool at the soda fountain and order a burger and fries or a milkshake to share. Local sports memorabilia, including team photos and jerseys, turn the walls into a time capsule. 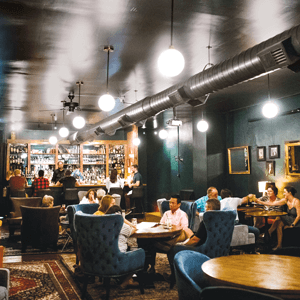 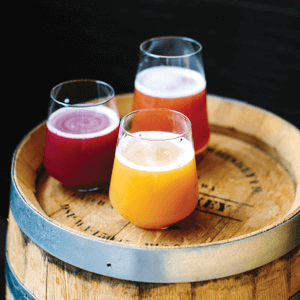 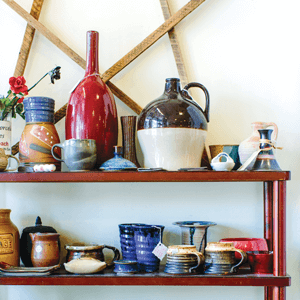 The Main Line. This small shop is filled with a curated selection of handmade products, from jewelry, pottery, and painted furniture to soap and pet treats, all made by more than 100 local artists. “It’s like Pinterest came to life,” McClure says. 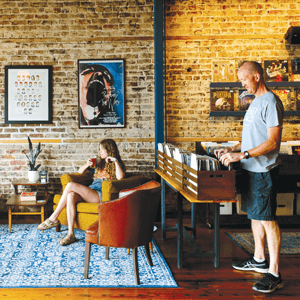 HiFi Records. Owners Jon Guza (left) and Molly Feudale stock an impressive selection of vinyl, and McClure says that they love talking about both famous and emerging artists. The store also has a bar, in case browsing works up a thirst.