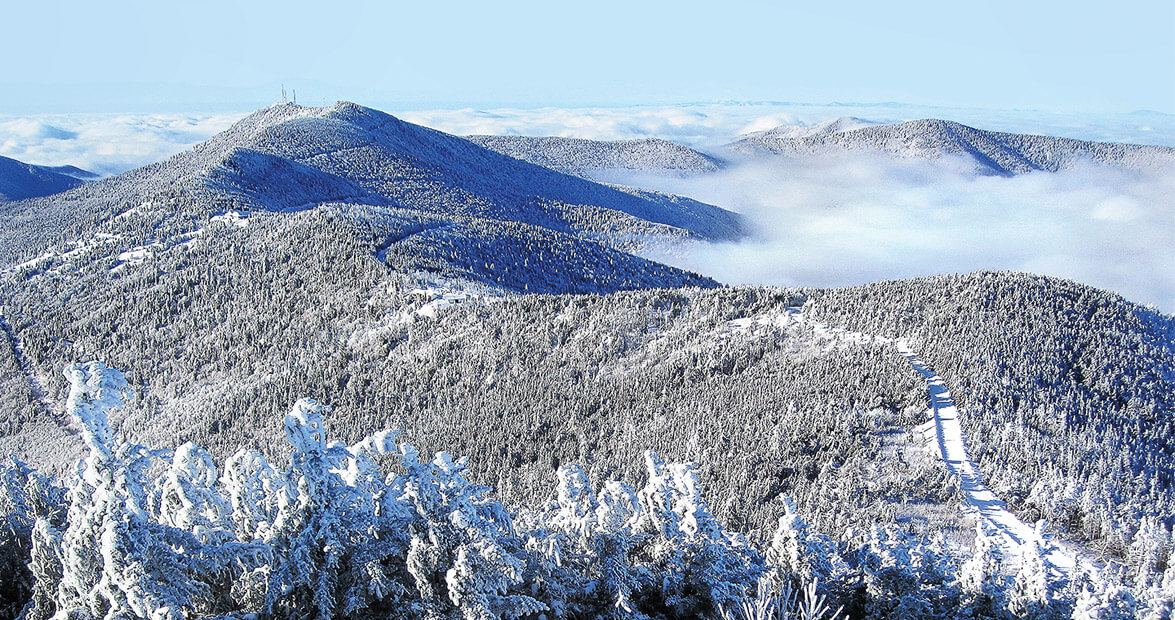 Mountain weather watchers revel in the notoriously mercurial nature of western North Carolina’s elements. If you don’t like it, they’re fond of saying, stick around for a few minutes, because it will change.

That unpredictability is especially true atop Mount Mitchell. It’s the highest peak east of the Mississippi River at 6,684 feet. The unrelenting forces of nature’s wind, rain, heat, and cold have all beaten down on the ancient rock. Snow has been recorded at the summit every month of the year.

But no weather event compares to what happened at Mount Mitchell on January 21, 1985, when its weather station recorded the coldest temperature ever in North Carolina at -34°.

“I’ve never seen such a day,” says Ray Russell, founder of Ray’s Weather, a mountain weather service that employs meteorologists who collect and interpret data from 60 weather stations and two dozen webcams in the region.

At Mount Mitchell, the record low on January 21 — the high temperature that day was a balmy -4° — was bracketed by daily record lows for Mount Mitchell. Temperatures dropped to -18° the day before, and -11° the day after. Some three inches of snow crusted the ground, notes Russell, referencing a vast cache of Blue Ridge Parkway weather records he stores online for public reference at brpweather.com. The record cold temp was a full 50 degrees below average low for January at Mount Mitchell, he adds.

What happened? An arctic air mass known as a polar vortex knifed deep into the Southeast. Temperatures plummeted. Bone-chilling cold wreaked havoc on car engines in New York and killed off orange groves in Florida. The second inauguration of President Ronald Reagan was moved inside due to the frigid conditions, and the traditional inaugural parade was canceled. More than 120 deaths were blamed on the slicing Siberian air. The event was dubbed the “Freeze of the Century.”

None of the temperatures experienced across the state matched the forbidding cold at Mount Mitchell, one of several high peaks in the Black Mountains, a 15-mile range that hooks into the Blue Ridge. The range’s dark green spruce and fir forests lend the range its name. The flora and fauna is more likely found in Canada than it is in the Southeastern United States.

Timothy Silver knows something about the mutability of Mount Mitchell’s environs. The Appalachian State University history professor writes about it in his book Mount Mitchell and the Black Mountains: An Environmental History of the Highest Peaks in Eastern America. He takes weather gyrations in stride.

“Those mountains can catch fronts and they hang there,” says Silver of the Black Mountains. Then they move on. The January 1985 event was unusual in its severity, but things started warming back up within a couple of days, he says. The cold air retreated. The mountain stood tall. “It didn’t last.”