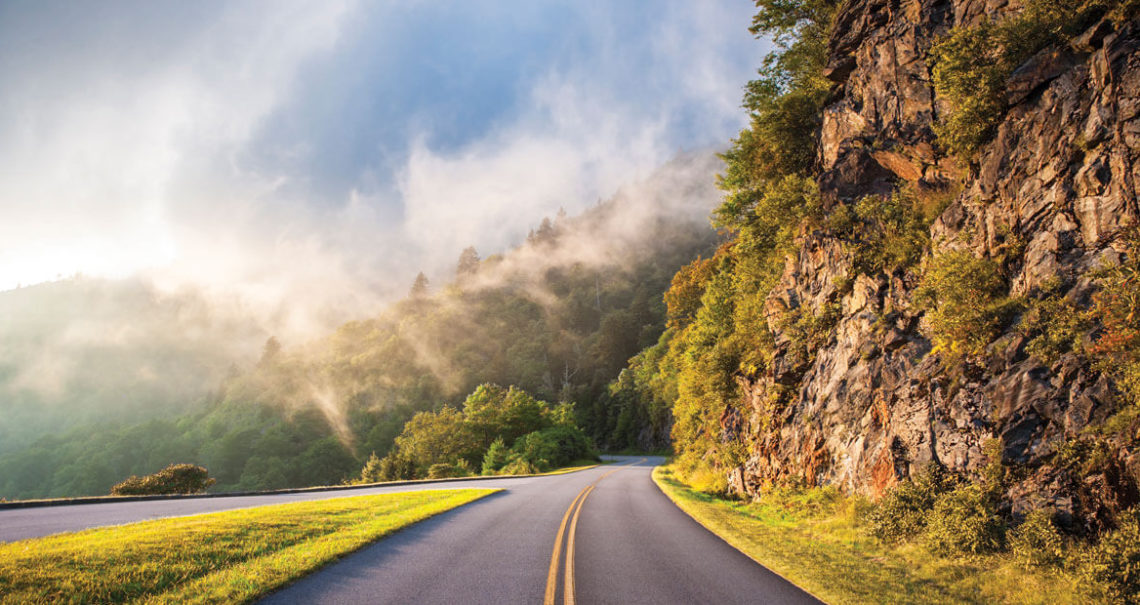 My love of blue highways, to borrow from the great travel writer William Least Heat-Moon, was born on the back roads of North Carolina. During my first two years of grad school at UNC Greensboro, classes generally met Monday through Thursday, and Fridays yawned open with possibility. We’d drive north or east out of Greensboro, out into what used to be farmland and in some cases still is, trying to get lost, trying to remember which tobacco barn or horse pasture we were going to use as a marker. We were 25 years old back then, and we were filled with a kind of simultaneous existential hope and dread that we couldn’t quite name, but that felt something like: Would we make it? Could we even understand the shape of what that meant?

Toward the end of our program, a classmate from Oregon made an offer I could not refuse: Would I be willing to drive her hatchback across the country to Portland? She wanted to keep the car (a three-cylinder stick-shift Hyundai that couldn’t have been worth more than $2,000), but having made that drive a few times already, she was loath to do it again. She’d fly me back, she said.

Yes, I said, before she even finished talking.

On that trip, I drove not one single interstate mile. I used an actual atlas with paper pages and made my way, city by city, across America, stopping for lunch and figuring out where I might land for dinner each day. I taught myself to drive stick on the fly. The whole thing took nearly three weeks.

I stayed in Greensboro, which is to say that after that trip, I came back. A lot of us left, returned home or moved on to new cities, but I stayed to drive Highway 70 back and forth from Greensboro to Elon, adjuncting just one class, at first, in the evenings — before finding, impossibly, a home. I stayed to drive through tunnels up on the Blue Ridge Parkway; I stayed to drive 64 or 158, depending, out through the flats, aiming for Kitty Hawk and beyond. I’m on the interstate plenty in North Carolina, but only when I must be. I crave a quieter drive, ideally two-lane, the sort with stretches of road where there’s nothing: just fields and tree canopy and hills and salt marsh and the seasons sliding through, one to the next.

I owned a truck for a while, back in those distant post-grad days, a 1981 Chevy C-10 that reeked of mice and gasoline. I loved that truck best of all out on a country road, the sliders in the rear window open behind me and wind rushing through. I own a minivan now, but I want to tell that kid, the one who ran away for three weeks to drive a tin can out of North Carolina and into bigger-skied country, the kid who knew nothing and was only starting to know that he knew nothing — I want to tell him to hang tight. That he’ll trade the truck for a van full of dead juice boxes and so much dog fur and 4,000 Legos, but that on a given Friday afternoon, he might still aim eastish out of town, turn onto the two highways he knows and then onto the one he doesn’t, and for an hour, he’ll remember what it is to be lost in the best of ways. He’ll roll the windows down, slide the sunroof back, check the rearview to make sure the kids are buckled and facing forward. Where are we? they’ll ask. Nowhere, he’ll say. Don’t worry. We’re just driving.