After she visits the working gristmill equipped with two-ton stones, and after she stops by the log cabin stuffed with looms, but before she heads over to the antique stockade, Rebecca Hart explains why the pioneer era is her favorite period in history: “People had to find everything on their own,” she says. “When something broke, they couldn’t just throw it away. They had to be kind to each other.” At this point it becomes clear that, although she’s been discussing the history of 19th-century American settlers, she’s also talking about the story of her own family. 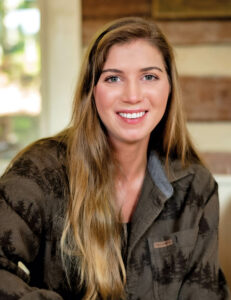 Rebecca, a 31-year-old with honey-brown hair tied back in a ponytail, is the executive director of the Hart Square Foundation. Wearing a plaid shirt and denim pants, she handles everything from fundraising for a fancy new 16,000-square-foot education center to scrubbing the floors of that very same center. Her grandfather Bob Hart began building Hart Square Village in the early 1970s on a 200-acre tract of land in Catawba County. Today, 103 historic structures dating from 1760 to 1880 dot the landscape: workshops, corncribs, a doctor’s office, a schoolhouse, an 18th-century smokehouse, a 19th-century pigsty, and dozens of log cabins, all rescued from the backwoods and remote crannies of North Carolina. 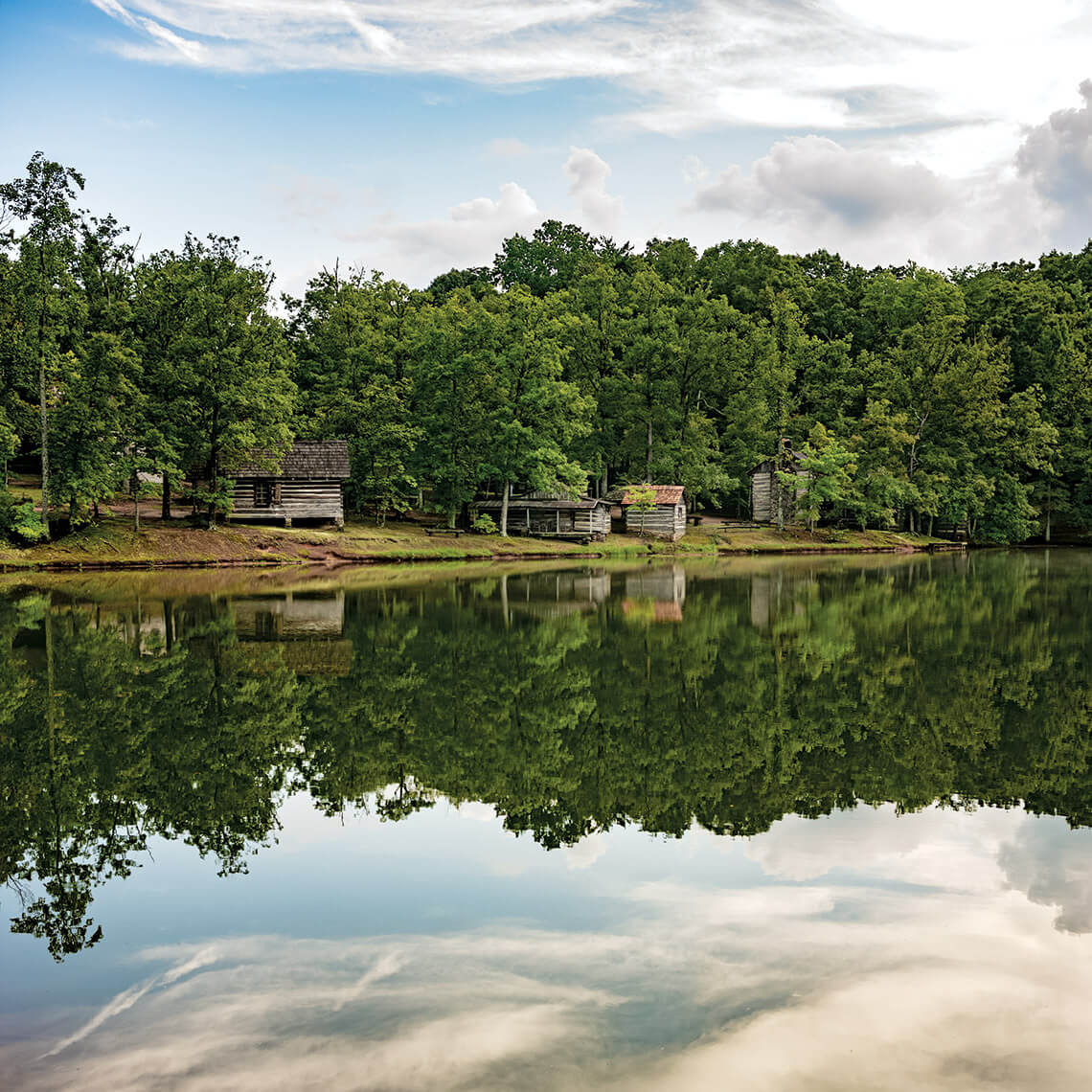 A community built with heart: After relocating his first cabin next to a pond near Hickory, Bob Hart couldn’t stop. Hart Square Village now boasts the largest collection of historic log structures in the world. photograph by Charles Harris

The new education center has air-conditioning, a modern roof, and ADA-compliant fixtures, but it’s not a museum filled with electronic kiosks and flashy exhibits: At Hart Square Village, the governing philosophy is that you learn about the past by touching it. One of Bob Hart’s precepts for the village was that nothing would be kept behind glass or a velvet rope. Every fork and spool of thread in the cabins was a living piece of history that could be held. But the flip side of this approach was that the village was open to the public only once a year, for a festival in October. “Every year, you would check to see what new cabins were there,” says Jaimie Beatty, who’s been attending the festivals since they began in 1986. “It was like a normal town that would grow when new people moved in.”

Rebecca Hart has been working to honor the traditions of her grandfather while making the idyllic village he created more accessible than Brigadoon. The October festival, full of historical demonstrations, now shares the calendar with a summer sunflower festival and spring Easter egg hunt. While the village has been available for school field trips for years, only in the summer of 2021 did it begin opening on weekdays, 9 a.m. to 5 p.m., to members who pay an annual fee so they can roam its trails, getting lost amid the dusty footprints of the past.

Bob relocated his first cabin to this spot in the rolling hills roughly 10 miles south of Hickory in 1973. At the time, he was so ignorant of how to move a cabin that he didn’t realize he should also bring the original floor and the stones it rested on. Then, he decided that a log cabin needed a barn to go with it, and then another cabin, and then there was no stopping him. He kept working on the village until his death in March 2020.

A medical doctor by profession, Bob was at his happiest in a simulation of a world without MRIs or penicillin. When he wasn’t transporting and reassembling old log cabins, he was flying around the state in a Cherokee Six airplane, looking for cabins from the air. All but one of the buildings at Hart Square Village came from within a 25-mile radius.

Bob and his wife, Becky, also searched for antique items of everyday pioneer life; Becky would then use them to furnish the cabins, making the structures feel as if their occupants had just stepped out for a few minutes. The couple ultimately placed more than 8,000 pieces throughout the village. Becky learned to accept Bob’s obsession with the project, which she did with good humor — except for the time when he dispatched a six-foot snake that had feasted on a nest full of duck eggs, a serpent in the garden of history. He killed the snake by swinging it around and whacking it against a tree. The technique worked, but it also ejected half-digested eggs from the snake’s gullet — all over Becky. “She didn’t speak to me for about a week,” Bob later reported. 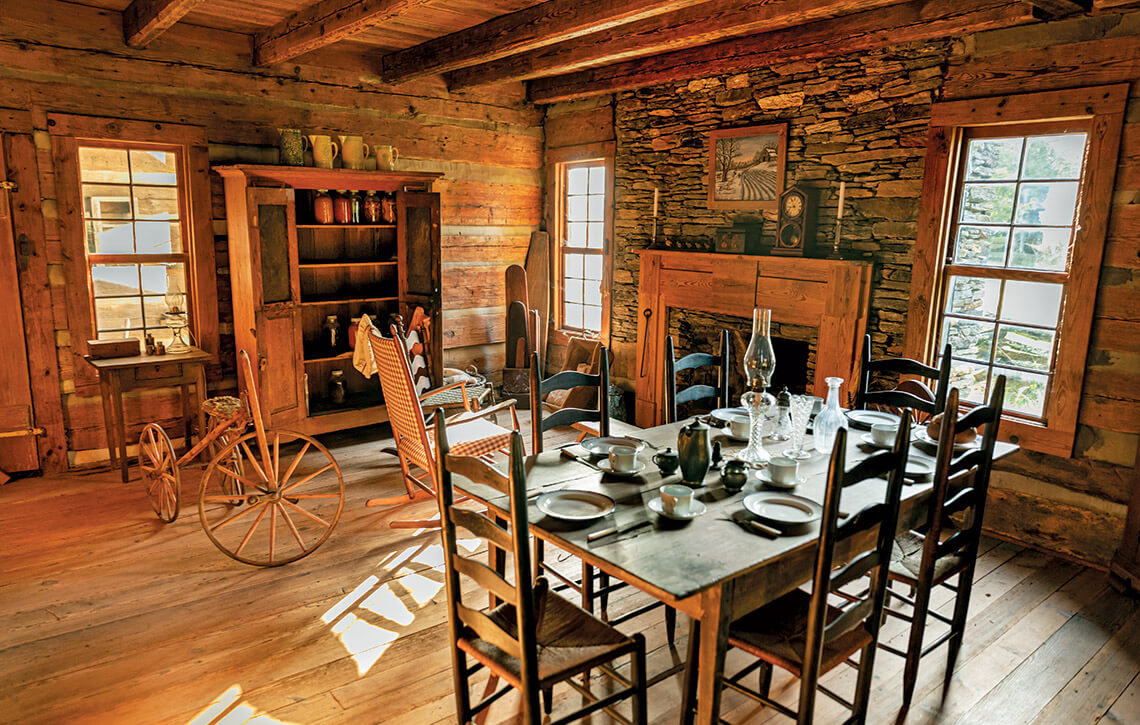 The dining room tables inside cabins like the Deitz House are set in a way that makes it seem as if a family will be arriving shortly for dinner. photograph by Charles Harris

Bob and Becky particularly treasured the times when they could consult with living family members about the history of the cabins. The Norwood House was donated to the village when Bob visited its owner, Essie Norwood, in the hospital. Then in her 90s, she told him a story from when she was a little girl: At dinnertime, she would drop fragments of food through the cracks between the floorboards, feeding the chickens that roamed under the house. So not only was the house reconstructed with those cracks, but Bob also installed some fake chickens underneath. Norwood didn’t think she would live to see the house rebuilt, but before she died in 1994, she saw her childhood home, standing among its cousins, and started to cry.

As Bob reached his 70s, his family worried about him still doing construction work, sometimes on ladders without a helper. Finally, he told them, “I want to die out here. Why are you bothering me about it?” Rebecca says that her grandfather regretted not growing up in a log cabin himself: “He used to say that when he died, he hoped Heaven had cabins.”

Like a colonial-history pied piper, Bob Hart inspired dozens of people to donate their time and talents to Hart Square Village. It helped that people liked spending time in his version of the past: With the blood and privations faded away, what remains here are monuments to ingenuity and survival and family traditions. Walking around the village, getting red clay on your boots, it’s easy to drift into contemplation, feeling as if you’re stepping in the footprints of your ancestors. “A sense of peace comes over me,” Jaimie Beatty says of her visits. “It’s like you can breathe better.” 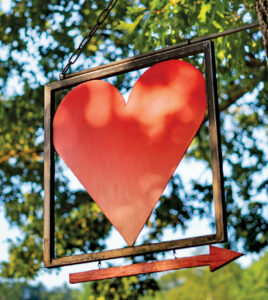 “People don’t get mean here,” Rebecca observes. “There aren’t a lot of peaceful places in the world.” Hart Square Village is an oasis, one built by generations of human hands. The village contains the handiwork of hundreds of North Carolina families; before these buildings were history, they were homes, some of them as recently as the 1970s. Rebecca passes by the Null-Hartzoge House, which is both the oldest cabin in the village (built in 1763) and one of the more recently relocated (in 2010). She says that Rick Hartzoge and his sister Susan Stewart, who donated their family’s house, show up every year for the annual festival. Dressed in old-fashioned clothes, they sit on the porch, greeting visitors, telling stories, reenacting the lives of their own grandparents.

Walking through the village that her grandfather built, Rebecca isn’t wearing his clothes, but she’s continuing his life’s work. “We had this conversation one time at dinner,” she remembers. “He said the log cabin was the most American building that exists.” She smiles, standing in the terrain where her family’s history intersects with that of the nation, then says quietly, “I think it’s true.”