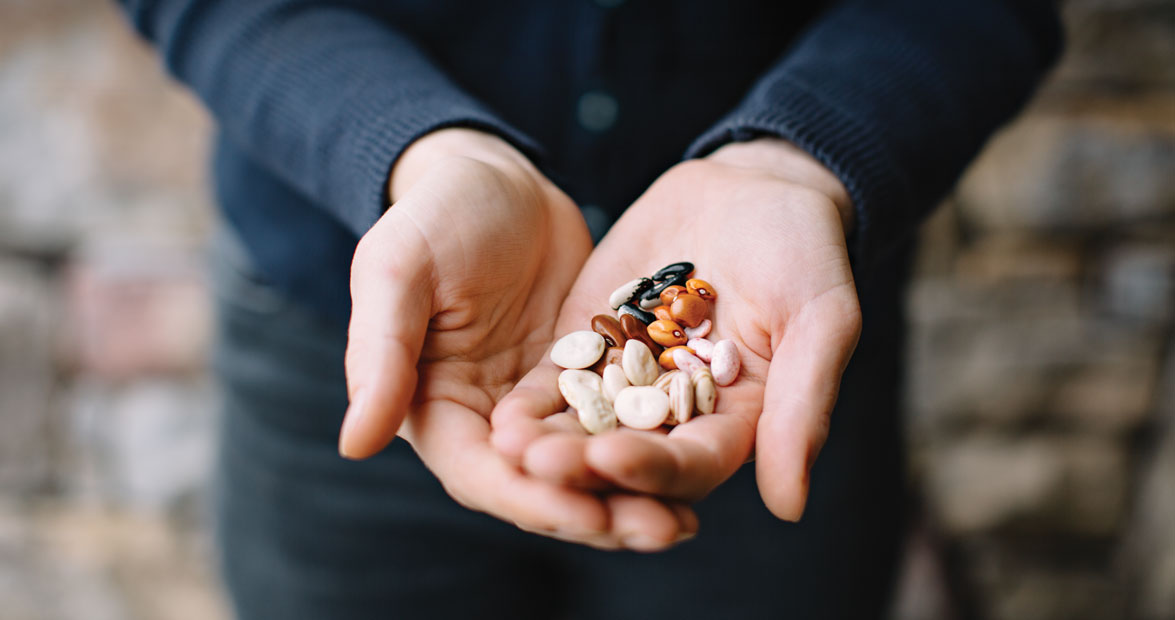 The heirloom seeds arrive in glass jars, plastic bags, and flower-embossed envelopes. They come by the dozens and hundreds. It’s what Lindsey Giglio hoped would happen when her organization, Blue Ridge Women in Agriculture, partnered with the Watauga County Public Library in Boone to open a seed library.

What she didn’t expect were the stories.

Those are delivered in the fragile script of a grandmother’s hand and the smudged ink of farm workers’ fingers, remembrances of the people who are helping build the Watauga Seed Library. The collection is housed in a repurposed card catalog next to the circulation desk, where patrons can borrow up to 10 seed packets for the growing season with a promise to return the new generation.

The seed library donation forms were originally intended for practical information, like planting instructions, but Giglio has found that they foster emotional connections. “Donors tend to write love letters to other growers, saying things like, ‘Take this seed that was handed down to me and do what you wish with it,’ ” she says. “They’ll poetically describe the taste of a vegetable and talk about the lives of the people who cared for the plants before them — neighbors and family members. It’s beautiful.”

Seed saving has been part of human history for thousands of years, and it’s ingrained in Appalachia’s cultural heritage. Sharing was once a neighborly hand-to-hand ritual, but the seed library is cultivating new participants in an old tradition. After opening the Watauga Seed Library, Giglio’s organization partnered with Cooperative Extension Services to open a second one at the Ashe County Public Library. A third seed library, in Caldwell County, was inspired by the High Country efforts, and the idea is trending with local libraries in McDowell, Mecklenburg, Rockingham, Durham, Nash, and Carteret counties, among others.

What thrives in one region of North Carolina won’t necessarily grow well in another. It’s part of what makes the concept so meaningful. As recently as 1900, human food came from 1,500 different plants, representing thousands of varieties suited to particular places. Today, 75 percent of our nutrition comes from 10 species of plants. The industrialization of agriculture has eroded diversity, with crops designed for volume and travel rather than taste. As a whole, the United States has lost more than 90 percent of the heirloom vegetable varieties that were available at the turn of the 20th century. Seed libraries attempt to fix this.

Around the world, there are genetic centers for food crops, and western North Carolina seems to be a hot spot for beans. The region has varieties that have adapted to harsh conditions and contributed to residents’ self-sufficiency. These heirlooms belong to the mountains that have sheltered them for generations — and, more often than not, their caretakers are willing to share. “There’s a whole language when you talk about beans up here,” Giglio says. “Everybody loves the greasy bean varieties — you don’t say it with an s, you say it with a z: greazy. If you don’t, old-timers will know you’re not from around here.” 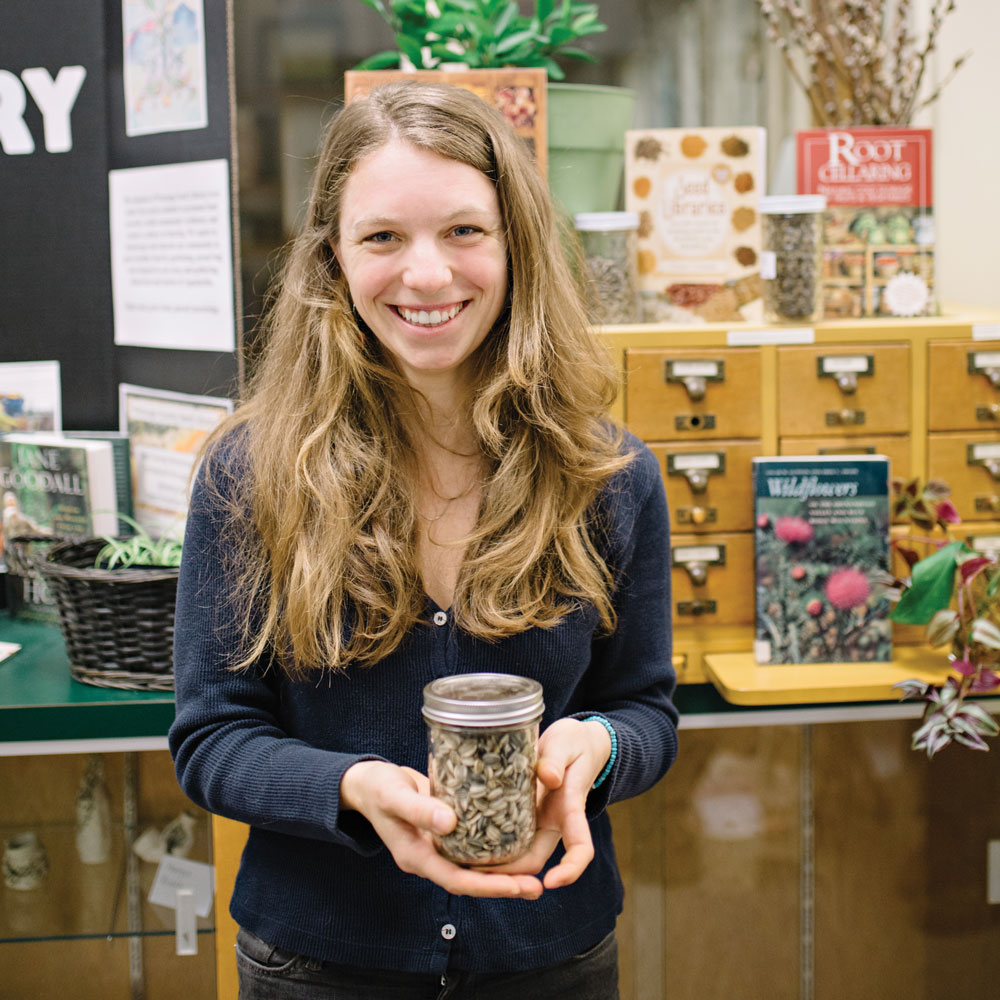 Stories often come with the precious seeds that gardeners drop off at the library in Boone. Lindsey Giglio puts donations in packets and files them for use. photograph by Revival Creatives

Since founding the seed library a year ago, Giglio has learned that certain families have signature beans of unique taste and character. Often, these heirloom seeds — open-pollinated, rather than bred — are handed down with origin stories. One of her favorites was passed on by Yancey County resident Jim Veteto, along with a collection of Turkey Craw Beans. When Veteto collected them, he heard the same story over and over: My great-grandfather went out hunting. When he brought a wild turkey home for dinner, he found beans in its craw. He planted them, cooked them, and they were delicious, so he kept on growing them.

“Everybody who knew that story had adopted it as one from their own great-grandfather,” Giglio says. “Once the stories stop being told, or these plants stop being planted, they’re gone for good.”

Each seed library has its own way of organizing. In Ashe County, librarians are in charge, and donations are presented in alphabetical order. In Watauga County, under Giglio’s watch, they’re grouped by plant families, with hand-illustrated cards and section headers that she painstakingly pecked on a typewriter.

Some local seed varieties, like the Ashe County Pimento Pepper, have developed a cult following for their pickling and pimento-cheese-flavoring capacities. When word spread among High Country gardeners that Giglio had some Ashe County pimento seeds, people started tracking her down before the seed library had even opened. They’d enter her office with shifty eyes and ask: “Have you got pimento pepper? Can I get some pimento pepper?”

“It was like they were trying to find something on the black market,” Giglio says, laughing. Now, they’re freely available via the card catalog, along with a recently donated bean variety Giglio hasn’t read the paperwork on yet: Maime Beans. “That’s not its scientific name,” Giglio says, one eyebrow raised. “I wonder what the story is there.”