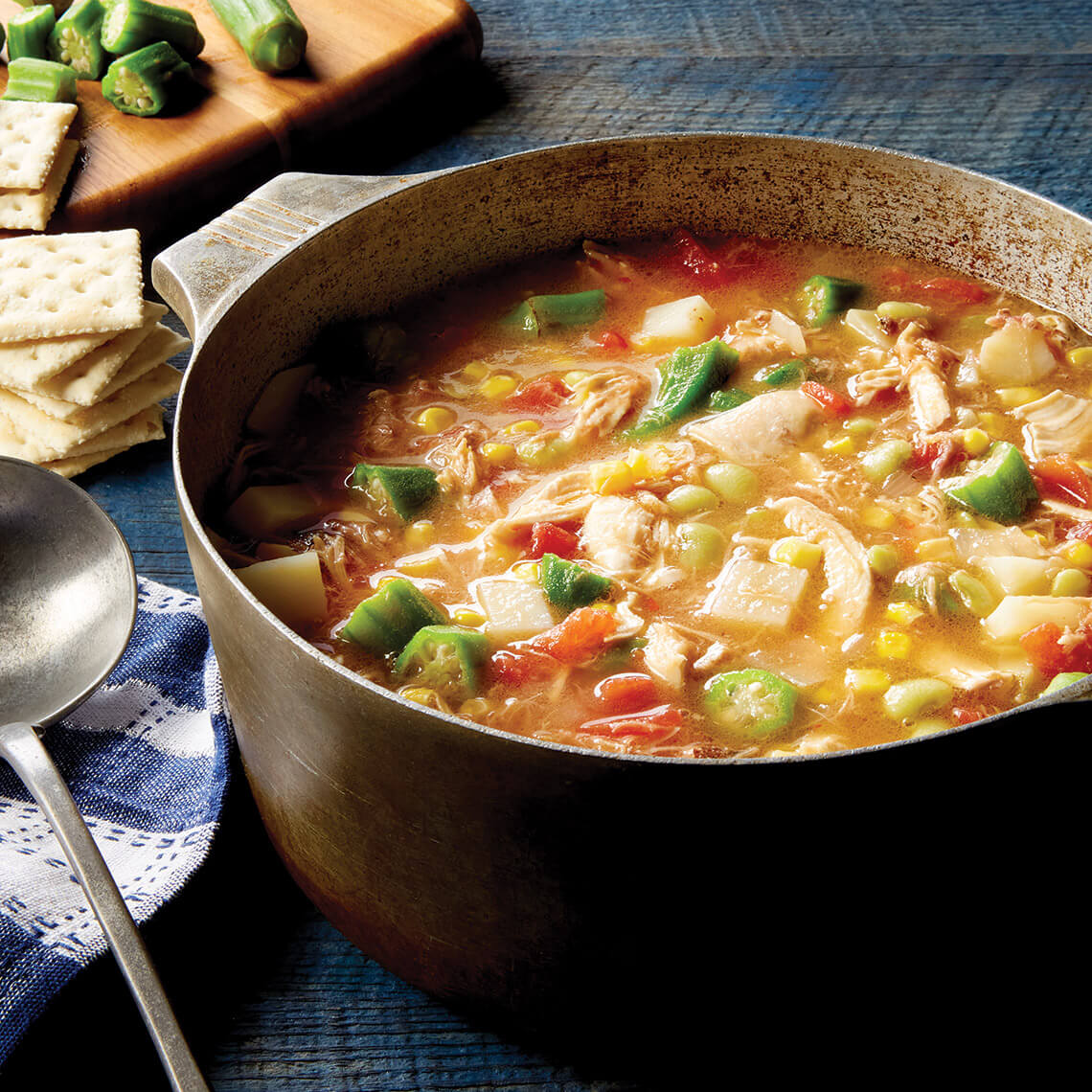 November 10, 1951 • Originally prepared with onions and squirrel meat and cooked over a campfire after a day of hunting, Brunswick stew has evolved into a beloved barbecue dish (squirrel now optional). This recipe comes from Mary Scott, wife of Gov. William Kerr Scott, and originally called for “1 hen.”

Place whole chicken in a large soup pot or Dutch oven. Add 8 cups cold water or enough to just cover chicken. Bring to a boil and reduce heat to medium. Cook chicken until bones can be easily removed, approximately 45 minutes. Remove chicken from stock and place in a large bowl to cool. Reserve stock.

Remove bones from chicken and discard. Pull or chop chicken into bite-size pieces and return to stock. 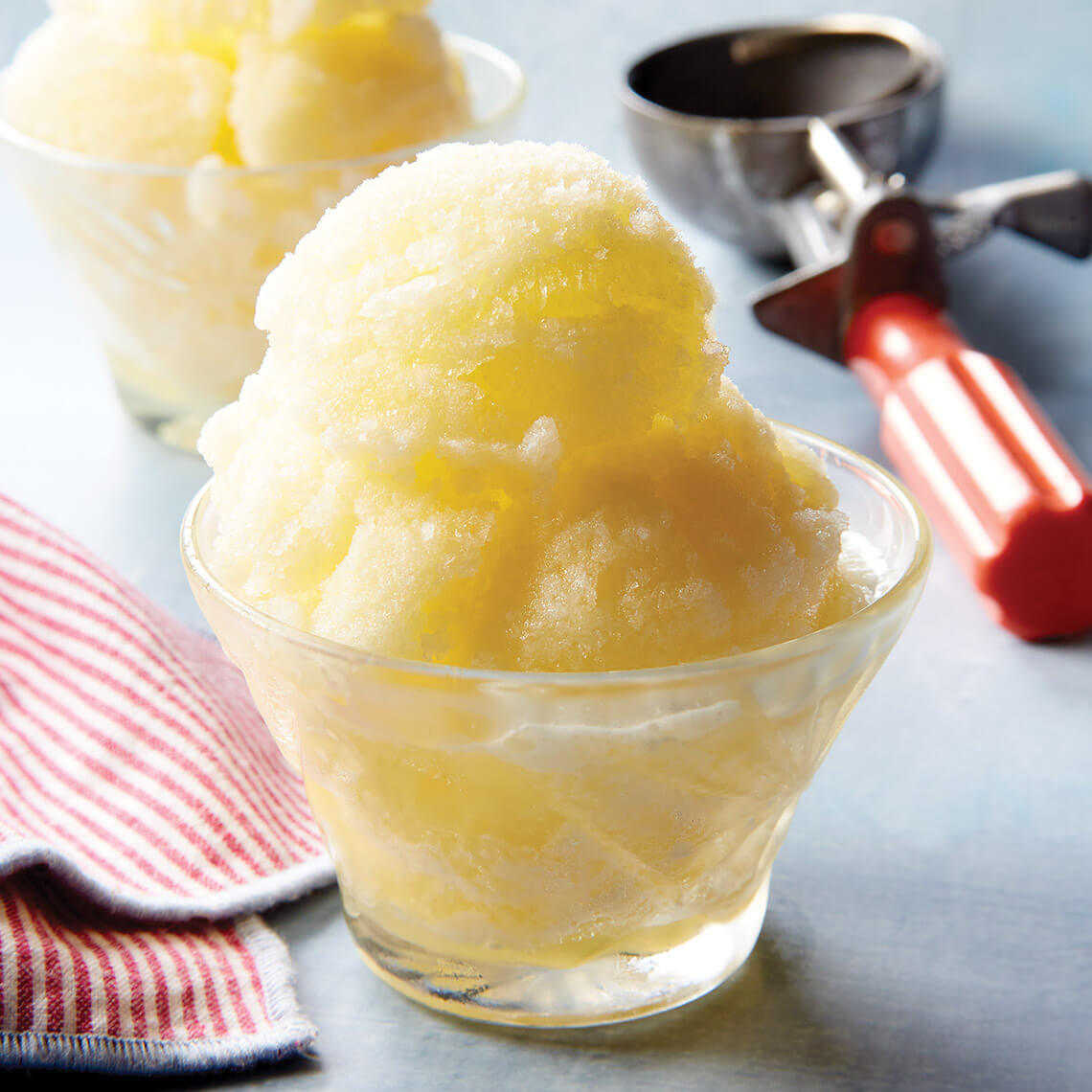 July 29, 1939 • Longtime columnist “Carol Dare” was actually a pseudonym adopted by The State’s publishers’ wives over the years. Sibyl Goerch, the original publisher’s wife, created this recipe, which became so popular among readers that “Carol” republished it in subsequent issues.

In a heavy-bottomed saucepan, boil sugar and 1 cup water for 5 minutes.

Add 1 cup cold water, orange juice, and lemon juice to sugar mixture and stir. Freeze mixture overnight. Remove from freezer and let thaw, about 15 to 20 minutes. Use an electric mixer to incorporate partially frozen ingredients. Return to freezer until ready to serve. 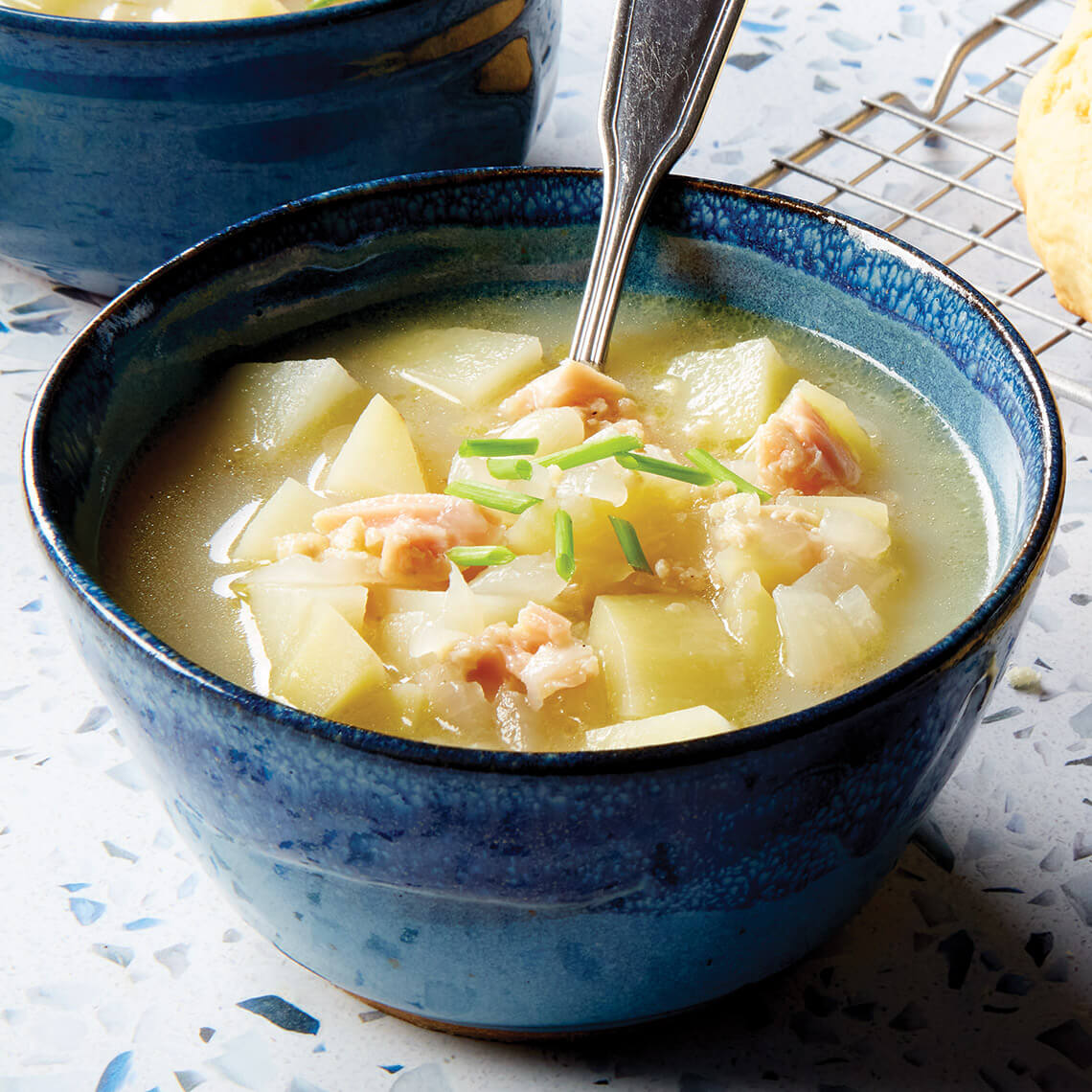 February 1988 • Unlike its Northern counterparts, Outer Banks clam chowder omits the cream and tomatoes to let the clams — often littlenecks for their sweetness — shine. This dish was a product of necessity for coastal fishing families, who ate what was available.

In a soup pot, melt butter over medium heat. Add onions and cook until lightly browned. Add potatoes, clam juice, and seafood stock. Continue to cook until potatoes are just fork-tender. Add clams and reserved juice. Bring to a simmer and cook until clams are done, about 5 to 7 minutes. Add salt and pepper to taste. Garnish with chives. 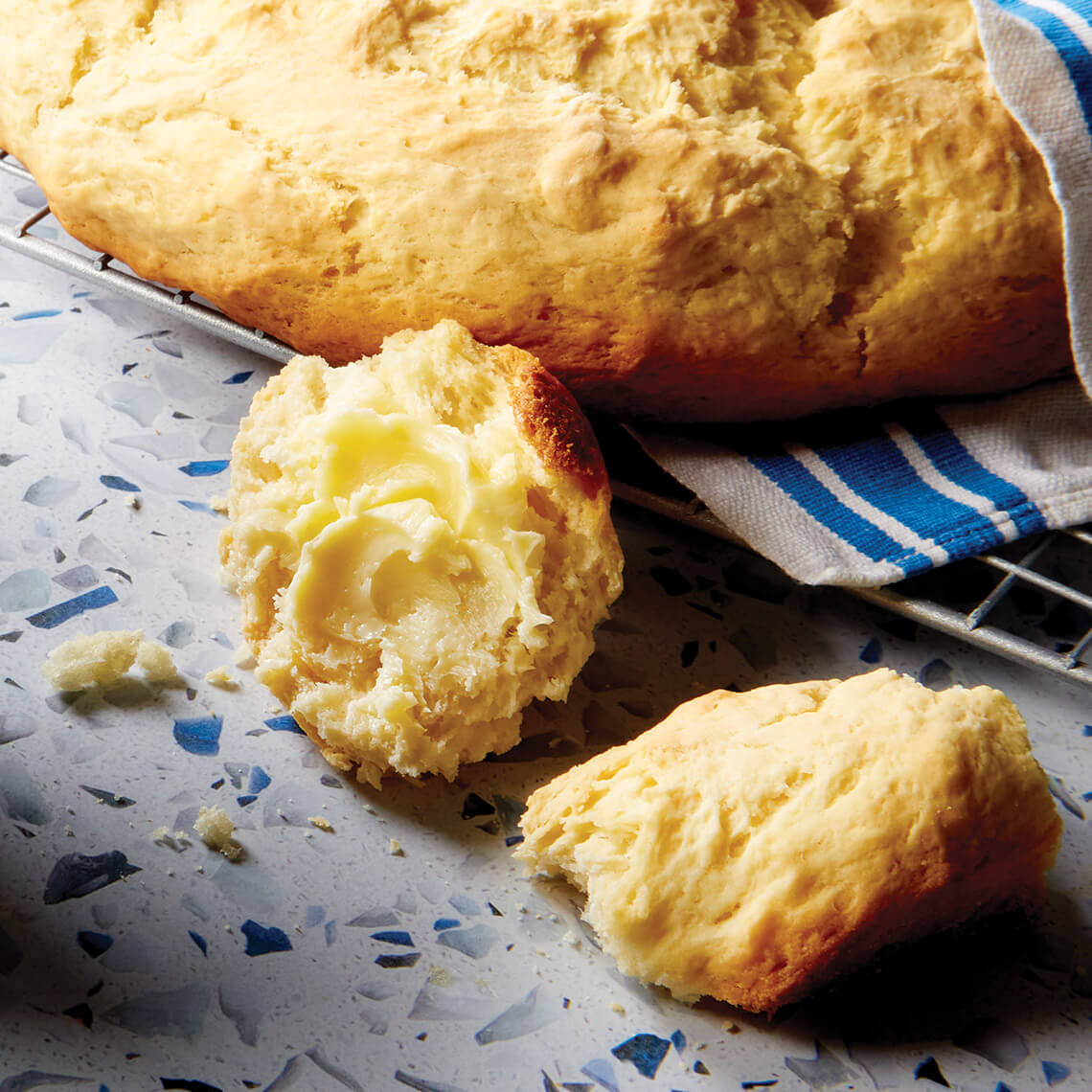 July 31, 1937 • Traditionally known as “Sally Lunn,” these hot breads were allegedly one of George Washington’s favorites, according to an 1892 newspaper. Carol Dare remembers running to her grandma’s house as a child for a taste of the biscuit-like loaf.

Heat milk in a saucepan over medium heat just until bubbles form on outer edge; do not boil. Stir in 2 tablespoons sugar. Remove from heat and set aside until lukewarm. Crumble yeast cake or active yeast packets into milk and stir until dissolved. Place mixture in a large bowl and let sit for 1 hour at room temperature.

Add flour, eggs, salt, butter, and remaining sugar to the bowl of a stand mixer. Add milk mixture. Using the dough hook attachment, mix all ingredients on medium speed until a stiff dough forms and pulls away from the sides of the bowl.

Grease hands liberally with vegetable oil and place dough into a large, well-greased Dutch oven. Rub excess oil over top of dough. Allow dough to rise until doubled in size. Preheat oven to 375°. Bake for 45 minutes.