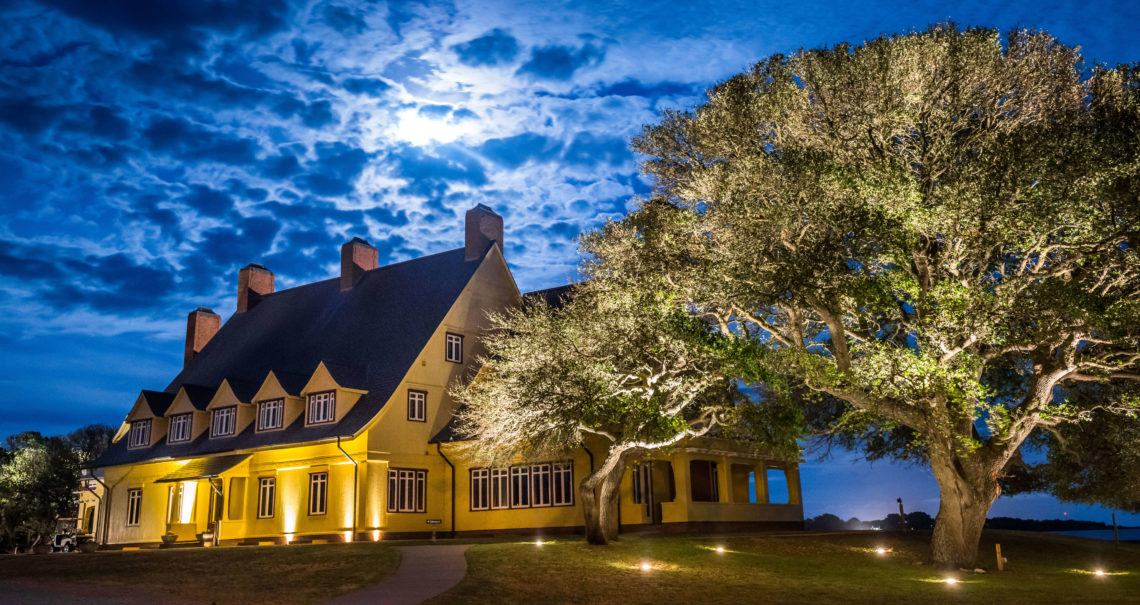 On North Carolina’s northern Outer Banks, you don’t have to look far to find traces of the past.

In Currituck County — established in 1668 from lands deeded to the Lords Proprietors by Charles II of England — descendants of Spanish explorers’ horses from the 1500s still roam wild among the dunes; historic markers call attention to eight important Civil War sites; and the Currituck jail and historic courthouse, constructed in the 1700s and 1800s respectively, are among the oldest county buildings in North Carolina.

Just across the sound, Corolla Village is one of the best-preserved historic gems in Currituck County: It was developed after the Currituck Beach Lifesaving Station was built in 1875 and, by the turn of the century, an estimated 200 residents called the village home.

“When the lighthouse was first illuminated, it brought a number of new residents to Corolla,” explains Ladd Bayliss, executive director of Outer Banks Conservationists. “The establishment of this landmark in a very remote area on the northern Outer Banks helped to solidify a steady and careful growth for the [Corolla Village] over time.”

To dive deeper into history, take a walk along the sandy streets and explore important historic sites and nearby popular attractions.

Corolla Village is no longer an isolated coastal enclave, but it still retains much of its period charm thanks to committed preservationists who have saved many of the original buildings. The restored homes and outbuildings now house quaint shops, restaurants, and offices.

One of the most notable buildings is the Gray-Lewark House, which dates back to 1896 and served as the residence of Curtis and Blanch Gray, the local postmaster and school teacher. It’s an example of an early Colonial Revival-style that historians believe may have been selected from a catalog of house designs.

Also spot the Parker House, which was moved to Corolla Village in the 1920s. The house was built in the early 1900s on a foundation of sand and shells, and the roof was fashioned from boards scavenged from the beach. Today, it’s the home of the Corolla Village Market, an artist co-operative. 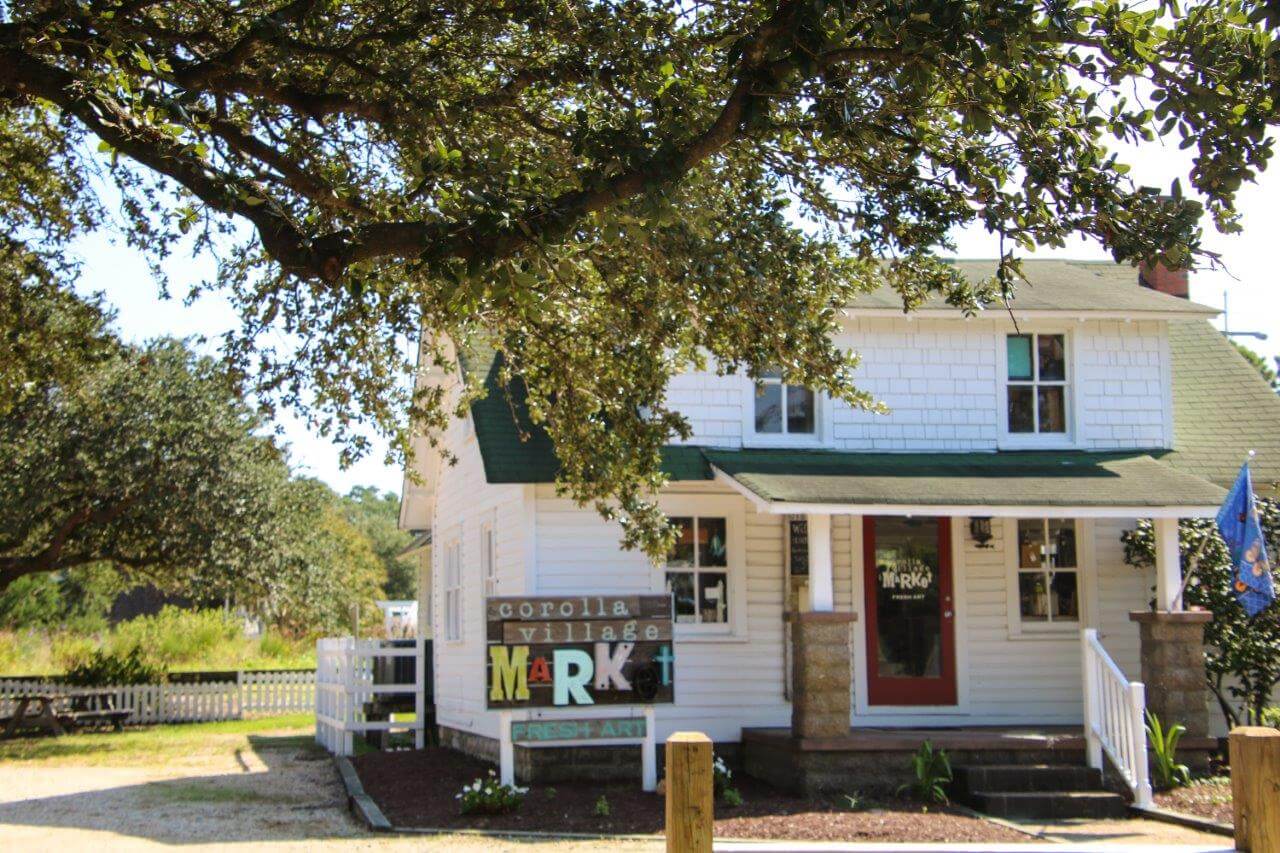 A stroll through Corolla Village provides a glimpse into the history of this once-remote part of the Outer Banks and those who called it home.

Set sail on an historic journey

The Currituck Maritime Museum might be a brand-new addition to Corolla but the exhibits put the focus on the past.

When it opens in spring 2021, the museum will house historic boats and feature exhibits about the local boat-building industry and the importance of weather that help tell the stories of local businesses and citizens who worked and played on Currituck County waterways.

The museum will explore the critical role that the surrounding bodies of water have played in the development and growth of this region — economically, recreationally, and culturally.

Whalehead in historic Corolla Park is unlike any other home on the Outer Banks. Built in 1922 for industrialist and outdoorsman Edward Collings Knight Jr. and his wife, Marie Louise Label Knight, the pale yellow, 21,000-square-foot Art Nouveau mansion sits on the shores of Currituck Sound.

The lavish home-turned-museum has been restored to show off distinctive features such as decorative friezes, ornate hardware, elaborate Tiffany sconces, and bright, bold colors on all of the walls. Curator Jill Landon notes that back in the early 1920s, with no road to the home, all of the materials for the elaborate build were brought in on boats.

“It’s all been restored to how it would have looked when the Knights owned it,” Landon says.

Wander through the home, taking in important spaces from the dining room, master suite, and guestrooms to the kitchen and servants’ quarters on a self-guided tour. Or sign up for a behind-the-scenes tour to view areas — like the third floor, attic, and boathouse — that are normally off limits. 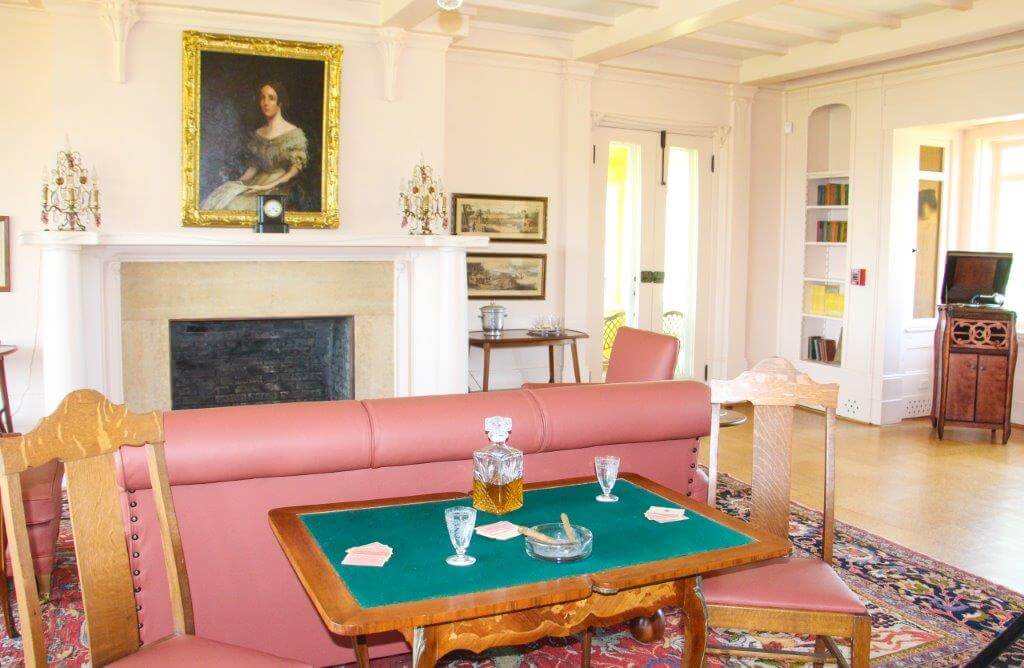 Corolla, located between the banks of the Currituck Sound and just a few miles from the Atlantic Ocean, is a haven for wildlife. The Outer Banks Center for Wildlife Education tells the stories of the wild and wonderful creatures that call the area home and their role in the history of the region.

Discover a collection of antique waterfowl decoys and vintage outboard motors, fishing rods, and lures pay tribute to the rich tradition of hunting and fishing in Currituck County; the featured exhibits also include a marsh diorama, the history of hunt clubs, and the role of conservation groups. The center also hosts educational programming that includes scavenger hunts, shorebird identification, and DIY conservation projects.

“It explains so much of the history you never knew,” curator Sharon Meade says. “You’ll leave with a better appreciation for the natural world and our history.”

Experience an aerial view of the past

Climb the 220 steps to the top of the Currituck Beach Lighthouse for spectacular views of Corolla Village and the surrounding landscape. 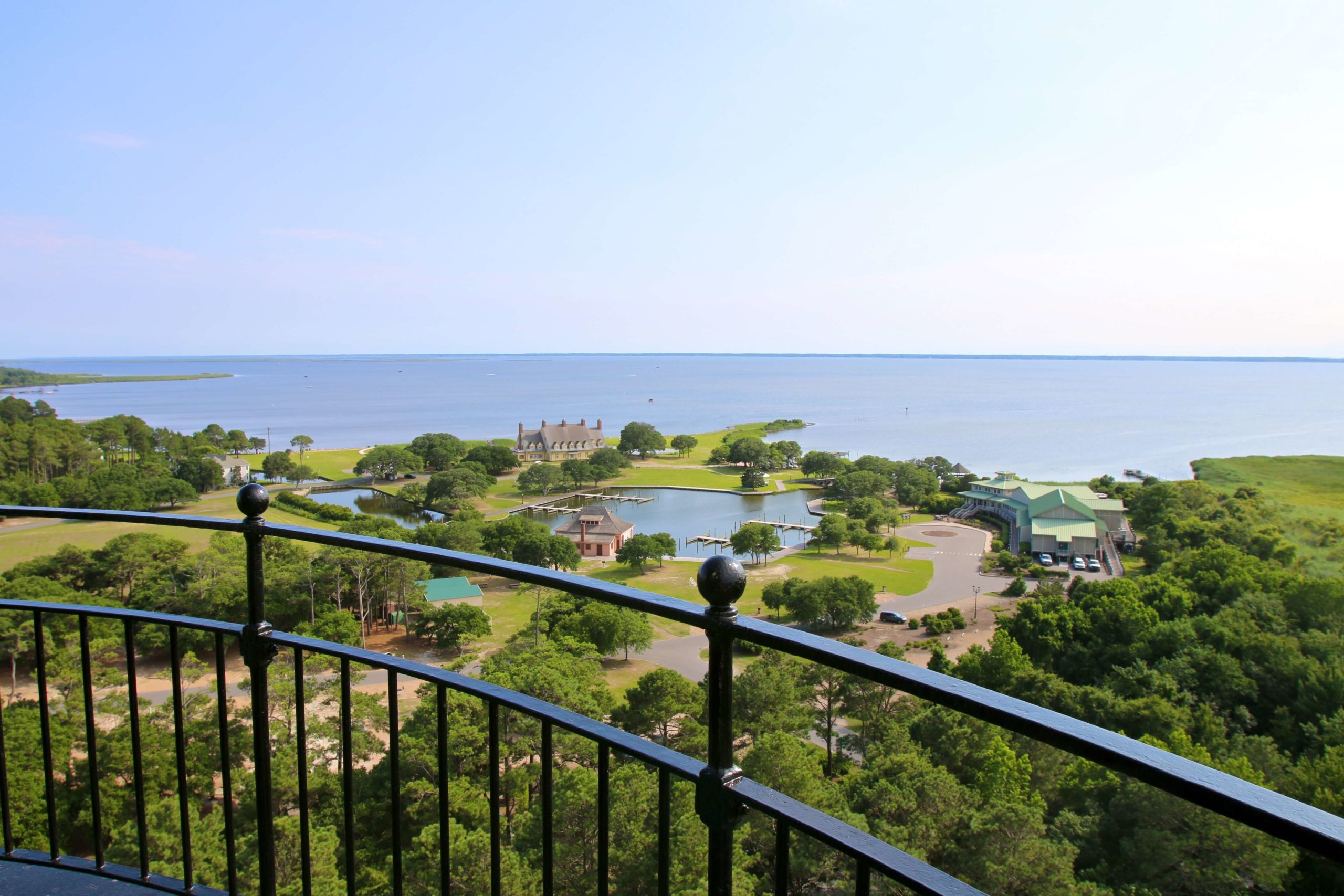 Even from the ground, the lighthouse is worth a visit. The complex also houses exhibits, a museum, and the original house where lighthouse keepers lived. The lighthouse itself is also unique: It was the last brick and mortar lighthouse built in North Carolina and was essential for illuminating the remaining dark spot between Maine and Florida.

Bayliss notes that the lighthouse is still an active aid to navigation: “At night, the light can be seen from up to 18 nautical miles offshore.”

On your next trip to the Outer Banks, after walking on the beach, take a stroll through history in Corolla and learn how the past helped shape the future of this coastal community.