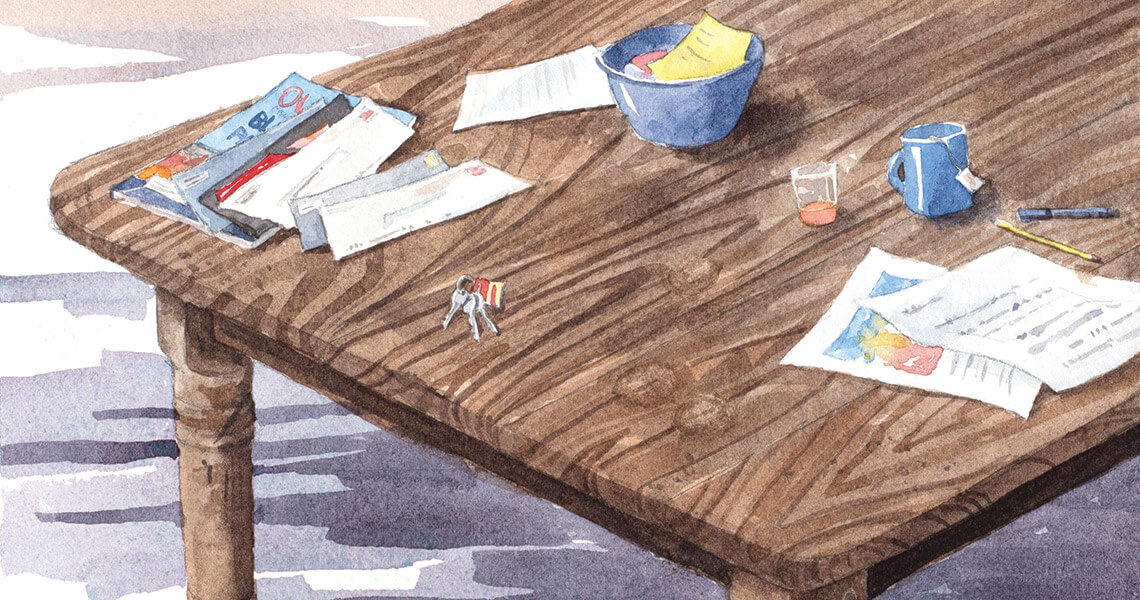 The first time we saw the house was an accident. We weren’t even in the market. We were just out driving, headed for the park to walk the dog, and we stopped to gawk at the “For Sale” sign in the yard. It was, without doubt, our dream home, an unassuming Craftsman with a wide front porch. Then, kismet: Another couple happened to come out with their real-estate agent. They waved. We waved back. They didn’t want the house; did we want to walk through quickly?

I never left the kitchen that day. In some ways, I still haven’t. It’s ridiculously large by 1920s standards, and pretty big no matter how you want to measure. Some old friends, an art historian and an architect from Mebane, came over one night in the first weeks after we closed, and told us that we either needed to buy a table or turn the room into a dance space. They were right, we knew, even if the first table we brought home was immediately wrong. The second was too tall, made it look like we were trying to have some sort of reception. But the third — a strange, periodless piece that’s probably worthless — that’s the one I’m writing this on.

We found it at a now-defunct antiques/semi-curated junk shop on Elm Street in downtown Greensboro. I don’t think it cost a hundred dollars. It was raw wood, probably pine. At some point in its history, it had been either stained or painted, or both. In my memory, it had stuff stacked on it — typewriters, a music stand, maybe a letter from a light-up sign — and at first it seemed the wrong shape. But something about it called to us, and we brought it home, and the shape it turned out to be was just right: stubby, wide, an overgrown ottoman of a table. It fit perfectly. We put on several coats of clear, hand-rubbed polyurethane. We’ll let it get kind of ruined, I said, joking. The kids (we did not have kids, and I was as-yet unconvinced that we should any time soon) will do their homework on it. It’ll have water rings from coasterless glasses and the ghosts of long division problems dented into it. It’ll be great.

And we did have kids, and their handwriting is imprinted on the table, and it’s scratched and dinged and there are rings all over it and it needed three more coats of poly three years ago, and I love it. The table is our heartbeat. My wife and I are professors, so all four of us do our homework there. It’s where we do taxes and wrap presents. It’s where we eat dinner almost every night. It’s where we entertain. There’s a bowl in the middle that’s full of binder clips and quarters and erasers and Nerf darts and watchbands and a metal thing about the size of a matchbox that seems important, but nobody knows what it is. There are marker stains. One of the legs is hugely gouged. It’s a mess. It’s far and away my favorite piece in the house.

It’s where I land when I come home. I put down my keys and wallet and get a glass of something and sit down, check email, check the grocery list that also lives in the bowl, think about our next meal. The mail’s there on the corner. So’s a permission slip, a plate from breakfast, and a parachute that my older one’s making out of a trash bag and some Tupperware. We open maps here, plan trips here. I’ve sewed injured stuffed animals here. If we’re lucky, we’ll open college admission letters at this table. For now, though, tonight, after everybody’s day slows down enough, just dinner, one more time — we’ll simply gather around this ungainly, banged-up, excellent table, and we’ll each give our own kind of thanks.