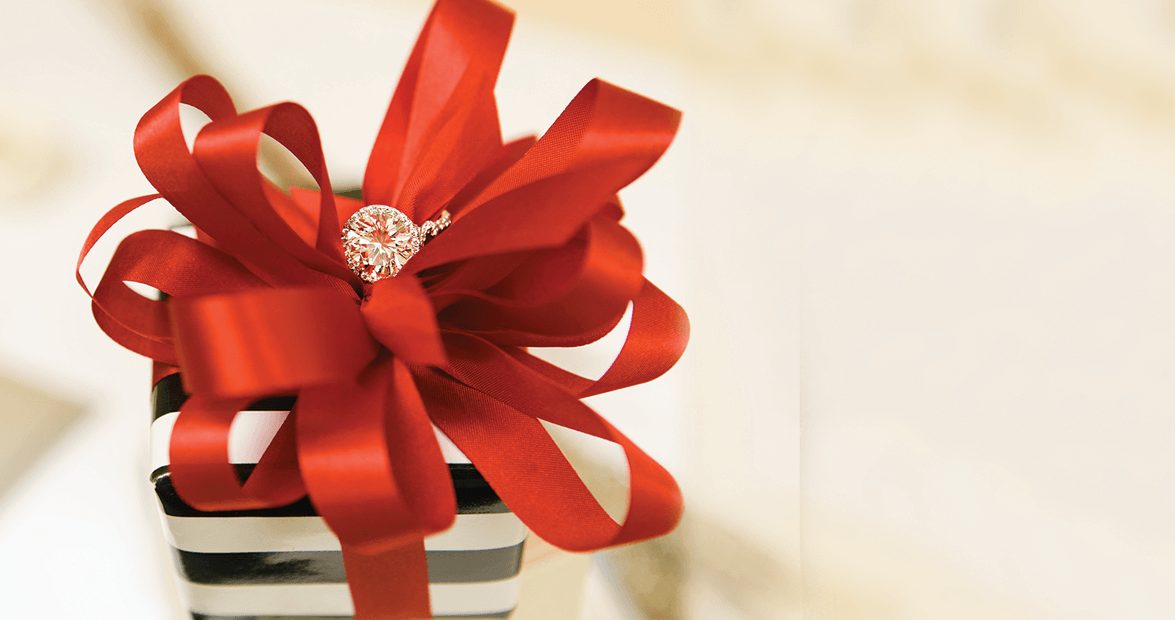 Ann Bailey worked hard writing her life story. It kept her up late all week. She wrote it out on 10 pages of notebook paper. She starts to read it aloud, but finally just puts down the paper and tells the story — not just what she wrote, but everything between the lines.

Ann and her husband, Clyde, opened Bailey’s Discount Jewelry in downtown Rocky Mount in 1948. She ran it herself for 15 years after Clyde died, becoming one of the first women in town — maybe the first — to own a business. Her family has taken what she started and built a little jewelry empire: five Bailey’s Fine Jewelry stores in North Carolina, plus eight Pandora stores in four states.

But that’s not close to the whole story. Ann Bailey talks fast and thinks fast and moves fast, even at her age, which she won’t permit to be divulged. She has to talk that fast to get through it all. The words spill from her like rainwater through a culvert. But one word pours out more than any other: work.

Ann’s life started hard and got worse. Her father left home to be treated for tuberculosis before she was born, and he died when she was 2. Her mother remarried and then died in childbirth when Ann was 8. The children had been living with Ann’s grandfather, her mother’s father, on his farm in Nash County. Three months after his daughter died, he died as well.

There were four siblings — Ann and three older brothers — and it was the Great Depression. The family members left behind couldn’t take care of the children, so the oldest boy went to a Civilian Conservation Corps camp. The other two boys went to military school. And Ann was sent to what was then called the Oxford Orphanage, now known as the Masonic Home for Children. She was 9. “I cried for a solid week,” she says. “I felt like I was thrown away. I was as shy as a dog. I was so hurt, so lost, and so pitiful.”

At the orphanage, she learned that work would help her forget. She did her chores with a fury. By the time she turned 18 and left the orphanage in 1944, Ann had a plan. Her grandfather had left her a little money to go to college. She’d go to Atlantic Christian College (now Barton College) in Wilson and learn to be a secretary. But first, she had to get through the summer. One of her brothers was living in Rocky Mount, so she moved there and got a room in a boardinghouse. She started noticing a man at the supper table — black hair, blue eyes, a starched white shirt every day. He was a watch repairman named Clyde Bailey.

Ann discovered that her first cousin was married to Clyde’s brother. But she worried about how to approach Clyde; back then, a lady wasn’t supposed to speak to a gentleman first. She finally caught him by himself one night and told him about the connection. It just so happened that Clyde Bailey was heading over to see his brother. Did she want to come? Oh, yes, she did. 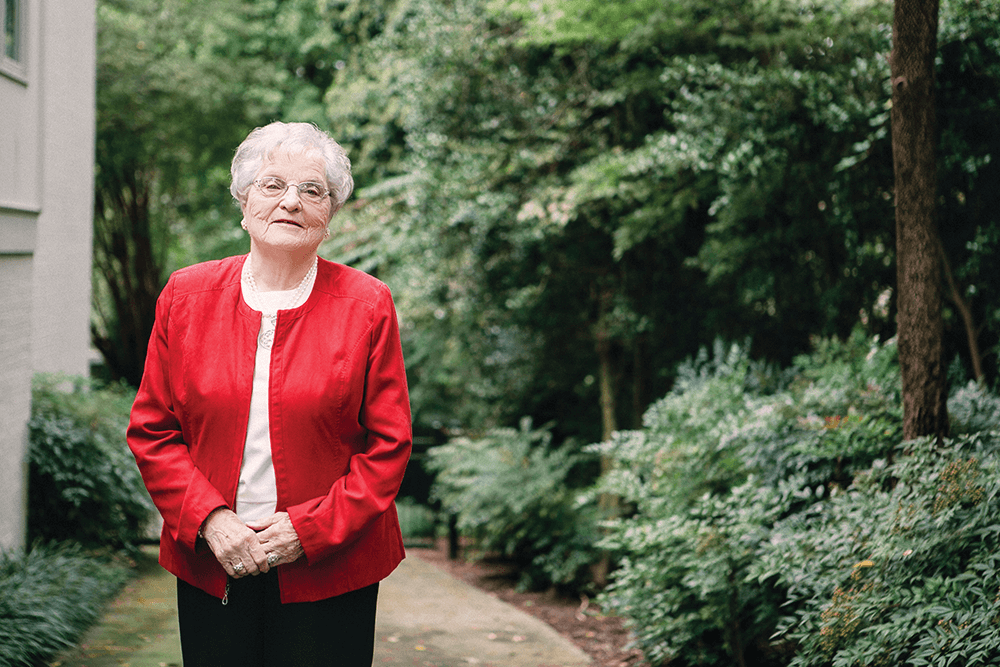 “That started my life right then,” Ann says.

Clyde and Ann dated for two years. One day he took her to Goldsboro, where he was working, and they went to find a preacher. The one they found had to change out of his overalls to marry them. All the hotels in Goldsboro were booked, so they spent their honeymoon night on cots in the sleeping quarters provided for trainmen near the train station.

Clyde had a little watch repair business inside another man’s pawnshop. He taught Ann how to fix watches, too — not normally a woman’s job then. They spent a couple of years in Goldsboro before finding a beauty salon for sale back in Rocky Mount. The couple ran a wall down the middle of the store, kept half as the salon, and made the other half a jewelry store. That half-store was the first Bailey’s, in the spring of ’48.

There were other, fancier jewelry stores in town. Bailey’s was the store for the farmer who rode into town on a Saturday to buy a wedding band for a dollar down and a dollar a month. But over time, those dollars added up. Ann or Clyde — usually both — were there every moment the store was open. Along the way, they had two children: Clyde Jr. and Cindy. The kids spent most of their days in school or with a housekeeper. Ann and Clyde didn’t take vacations.

The store did fine for years, but Clyde and Ann had bigger plans. In 1962, Bailey’s moved into a building shaped like a bowling alley on Main Street — 11 feet wide and 100 feet long. Clyde and Ann made it more of a variety store. They still sold jewelry, but added bicycles and electric razors and even Claxton fruitcakes. Then Clyde got the idea of installing a big speaker out front and selling records. The music of Motown was becoming huge in ’62. Young people — black and white — started filling the store. On Saturdays, it was so packed you could barely get to the counter. Clyde Jr. remembers holding up a hot new record and saying, “How many people want this one?” and seeing a dozen hands go up. Meanwhile, a Timex distributor told the Baileys that they were the largest Timex account in the Southeast.

For a year, the new store thrived beyond their dreams. Then, in August 1963, Clyde died of a heart attack at 46.

Ann was 38, Clyde Jr. was 10, and Cindy was 3. Ann took a week off to cry and to think. She wasn’t sure she could run the place without Clyde. But all her life, when bad things happened, she worked them out of her mind. The next Monday, she opened the doors at Bailey’s.

The store got even busier — especially once the Beatles hit in ’64 — and Ann worked longer hours than ever. “My babysitter was downtown Rocky Mount,” Clyde Jr. says. Most Sundays, after church, Ann would go to the store, catch up on paperwork, clean the counters, wash the floors, then come back home and make the kids creamed beef on toast. Every so often, Ann and a friend would take one of those Sunday afternoons and drive two hours to South of the Border. They’d look around, have supper, and come back home. That was her vacation. 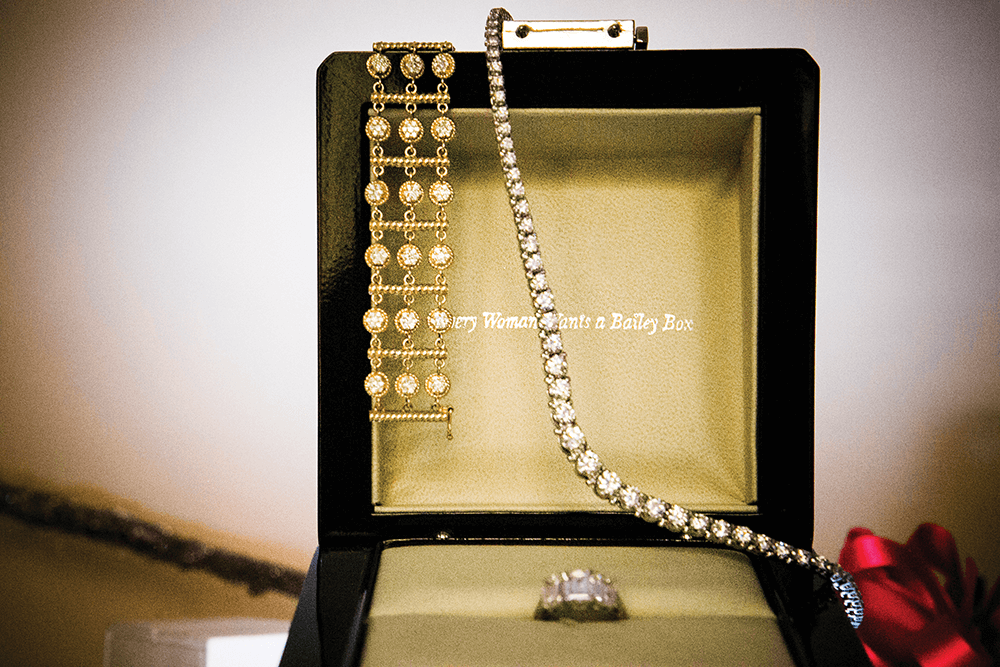 Clyde Jr. went off to school to learn watchmaking and the jewelry business. He came back home with the idea that Bailey’s should go back to selling just jewelry, and become a little more upscale. That was fine by Ann; she was ready to retire. She turned over the business to Clyde Jr. in 1978, worked for him for a year — “My first lunch hour! I went to Carleton House for lunch like a lady!” — and then retired for good.

The family had always heard that when Ann took over after Clyde died, a few businessmen in town bet that she’d never make it. But she outlasted them all.

Here’s what she says about that prediction: “It don’t pay to underestimate some women.”

Ann retired just as hard as she’d worked. She saw the Grand Canyon, and Yellowstone, and the glaciers in Alaska. She went to the Taj Mahal and rode a camel. She’s taken 10 cruises with friends and family. “Sleeping is a waste of time,” she says.

Then the grandchildren started coming, and she slowed down a little. She has four grandkids now and two great-grands. But she still gets up at 4:30 in the morning, reads the paper, then drives downtown to Central Café for one egg, grits, and coffee with lots of cream and sugar. Sometimes she talks to the men shooting bull at the back table. Sometimes she plays solitaire on her iPad. Some days she sees family, but, because they’re kin, most are working. Six family members work at the Bailey’s stores now. The company employs almost 300 people overall.

That’s quite a thing to build out of not much more than dust and determination, and the orphan who helped build it all can finally rest a little.

But sometimes she drives by the old store, empty now, and feels an ache in her gut. She’d love to go back in there and get to work.

Want to read more stories like these each month?