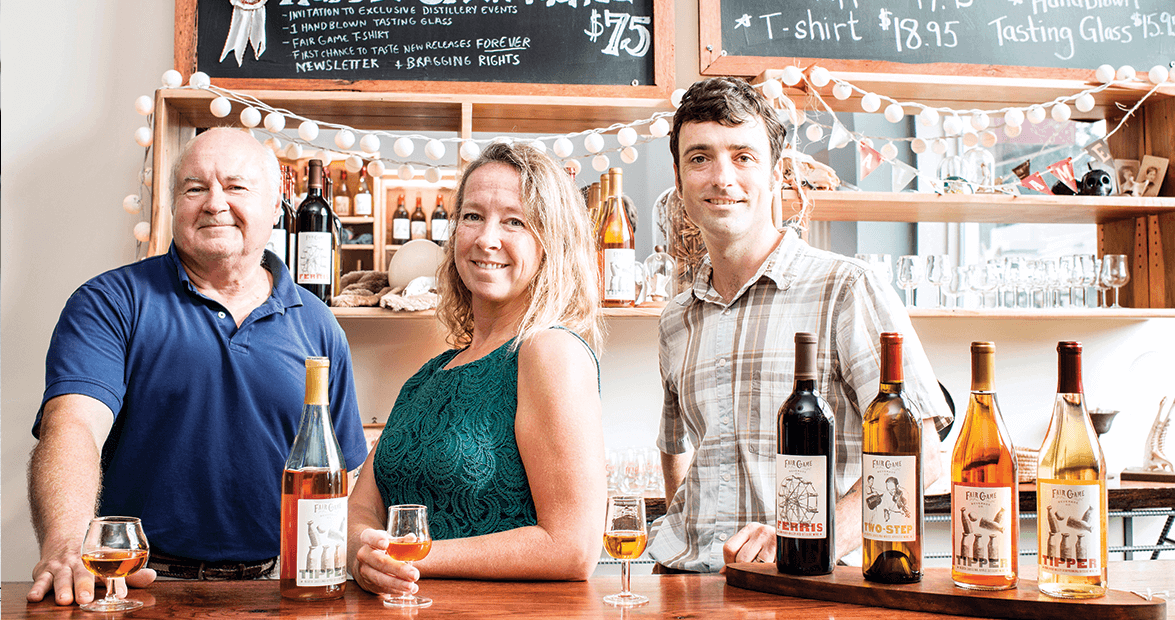 Fair Game Beverage Company could be a well-kept secret, hidden as it is off a dirt road behind a tract of pines along U.S. Highway 64 in Pittsboro. Even the copper still here is enclosed behind warehouse walls a foot thick.

But know this about head distiller Chris Jude: He’s not the type of guy to keep a good thing to himself. And the spirits and fortified wines he produces here are, indeed, a good thing. A great thing, if you love this state. Jude relies on the bounty of North Carolina’s fields and orchards to craft drinks like Fair Game’s Tipper Apple and soon-to-be-released apple brandy, which are made with Hendersonville apples, and Tipper Scuppernong, which counts on a bumper crop of Haw River Valley grapes.

He uses these heritage ingredients, rooted in the Tar Heel State, because fortified wines are a centuries-old tradition in themselves: They hark back to the time of Old World explorers from Portugal and Spain, who added brandy to wine in order to halt fermentation, making it safe to transport in oak barrels across the ocean. Jude follows the same practice, adding brandy that he distills himself to wine that’s sourced from nearby Benjamin Vineyards.

Fair Game currently markets four fortified wines — the two Tippers, a port-style wine called Ferris, and a Spanish-style aperitif named Two-Step. And the distillery recently opened a tasting room next door for both epicures and everyday people to come and imbibe. That is, if they can find the place.

Shake well and strain over a rock of ice. Top with ¾ ounce of Fair Game Ferris.