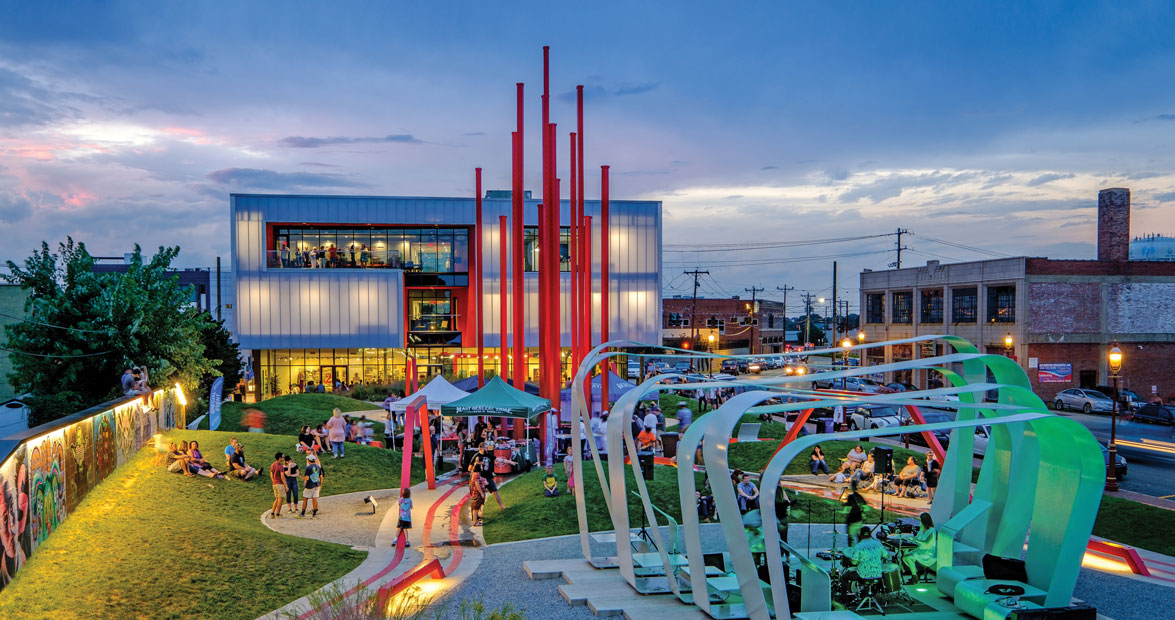 Thick red lines climb over buildings and spill down sidewalks, guiding pedestrians to the metal structures and grassy hills that make up Winston-Salem’s ARTivity on the Green. Opened in 2015 as a way to revitalize a once-forgotten area of downtown, this half-acre park connects the city’s arts district to Wake Forest University’s Innovation Quarter. But ARTivity merges art and innovation more than just geographically.

Every structure serves a function: Giant steel ribbons, representing the notes of a musical octave, double as a bandstand for live music; at the base of each ribbon, artists paint on permanent easels while children share secrets through whisper dishes. The Tower Cloud, consisting of 13 “smokestacks,” mimics the silhouette of the old R.J. Reynolds building, a nod to Winston-Salem’s industrial past; from April through October, the stacks spout mist instead of smoke.

And while live music and arts events draw crowds to this space regularly, people also gather once a year to watch visiting artists repaint the retaining wall at the edge of the park, adding their own vision to this hub of creativity.