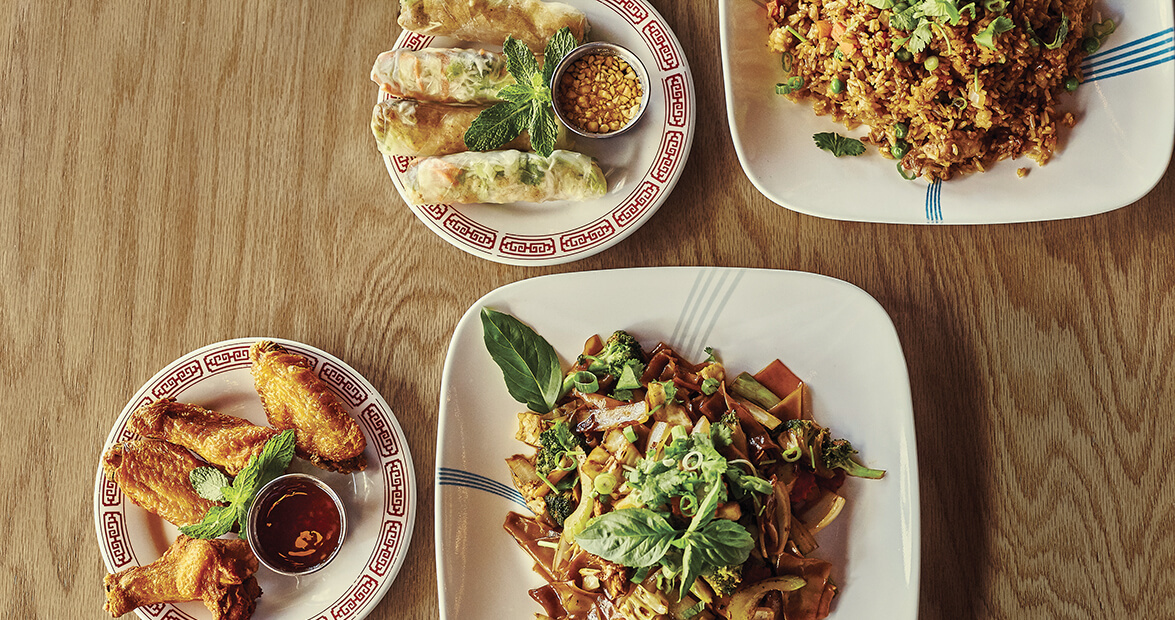 In a restaurant in Morganton, water trickles from a fountain framed by green leaves. There are weavings on the walls, next to photos of a grand monument shining in gold. Scents of garlic and lemongrass waft from the kitchen as someone passes by with a bag brimming with herbs and seasonings from the grocery next door. All around the dining room of Asian Fusion Kitchen, Morgantonians gamely pinch sticky rice with their fingers, sopping up sauce just as they would in Laos.

Although Morganton has welcomed immigrant groups from Asia and South and Central America since the 1970s, it’s not a town known for international eateries. When she opened her restaurant on Valentine’s Day 2013, Dara wasn’t sure if Morgantonians would be willing to try the foods of her home country. She had a good feeling: She’d previously sold fresh pho, or noodle soup, and snacks at her store on Thursday nights, and nearly always ran out.

Two years later, it’s clear that her instinct was correct. “I was surprised,” she beams. “I didn’t think this little town would eat my food, but they love it!”

Asian Fusion Kitchen is a space for locals and newcomers to gather around good food and Dara’s family’s hospitality. Across the dinner table, cultural understanding is more easily nurtured.

Dara and her husband, Danil, were the first in her family to move to Morganton, in 1994. The couple saw a little bit of Laos in the mountain landscape, and eventually, Dara’s siblings and parents joined them. Today, nearly all of Dara’s family has reunited in Morganton — a triumph over history and circumstance.

In 1975, the communist Pathet Lao party overthrew Laos’s government and began to enforce strict new policies. The regime was nationalistic and isolationist in its early years: Western dress was prohibited, and trade with other countries was restricted. Dara’s sister, Toon Phapphayboun, was the first to escape Laos in 1980. She did so by swimming and canoeing across the Mekong River when she was just 14, leaving the oppressive regime behind. 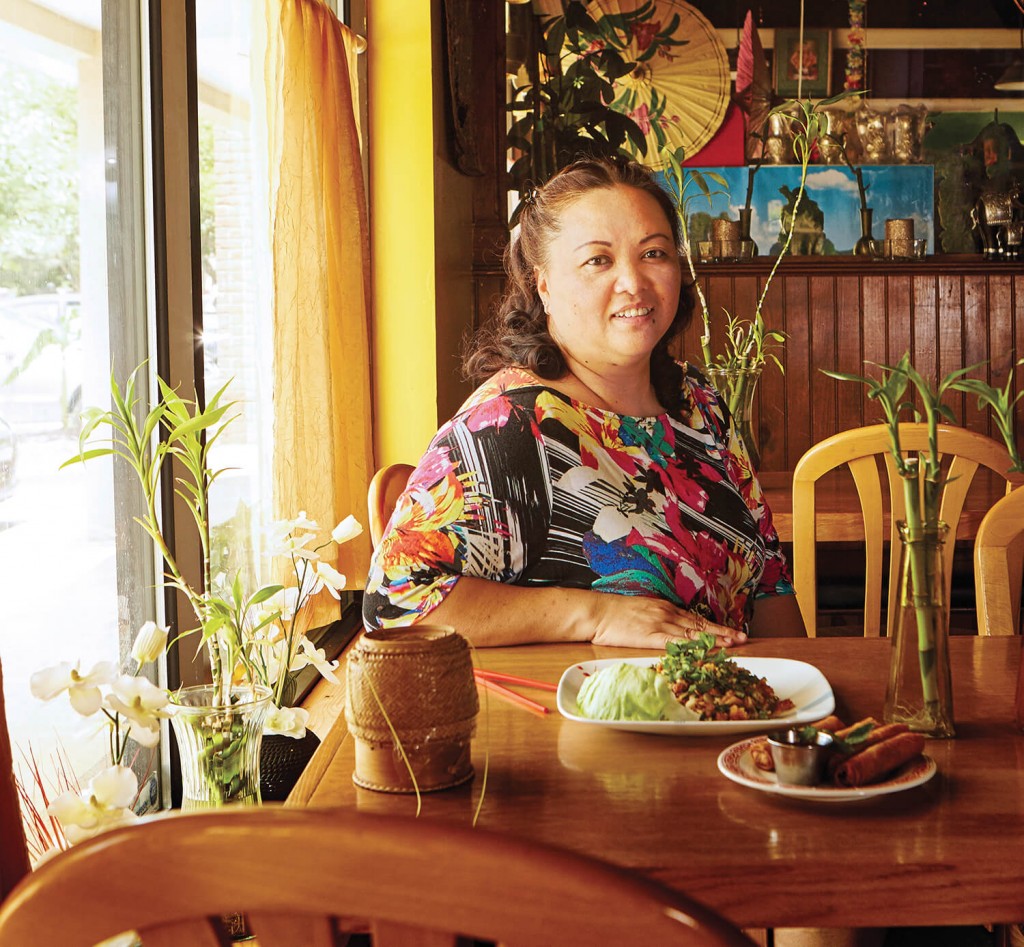 At Asian Fusion Kitchen, you can sample larb, a cool minced-meat herb salad celebrated as the national dish of Laos, and nam khao, a flavorful mixture of crunchy deep-fried and steamed rice with fermented pork sausage — best enjoyed rolled into a crisp lettuce leaf. You can order your dishes mild, medium, spicy, or “Lao” (translation: fiery hot!). If you order Lao-style, be sure to also have an icy Beerlao, a light, rice-based beer.

It’s no secret in Morganton that Dara’s cooking is delicious and prepared with care. She’s known for her flavorful vegetables, and each morning she comes in at 9 a.m. to start the preparation, from scratch, of 25 gallons of seasoned chicken broth. Her love of Laos is so infectious that regular customers now call sticky rice by its Laotian name: khao niao.

“When people walk into my restaurant, they know I’m from Laos,” Dara says. “I try to present where I grew up, where I come from.” Through cooking, hospitality, and hand-picked decorations, Dara and her family are teaching North Carolinians about Laos. And the locals are listening. This year, Morganton-based craft brewery Fonta Flora debuted Year of the Wood Goat, a farmhouse ale brewed with turmeric, Charleston gold rice, and miso. Brewers were inspired in part by Beerlao. They must have ordered Dara’s cooking “Lao” spicy.

Katy Clune lives in Carrboro. She is a communications consultant and the digital editor for the Southern Foodways Alliance.