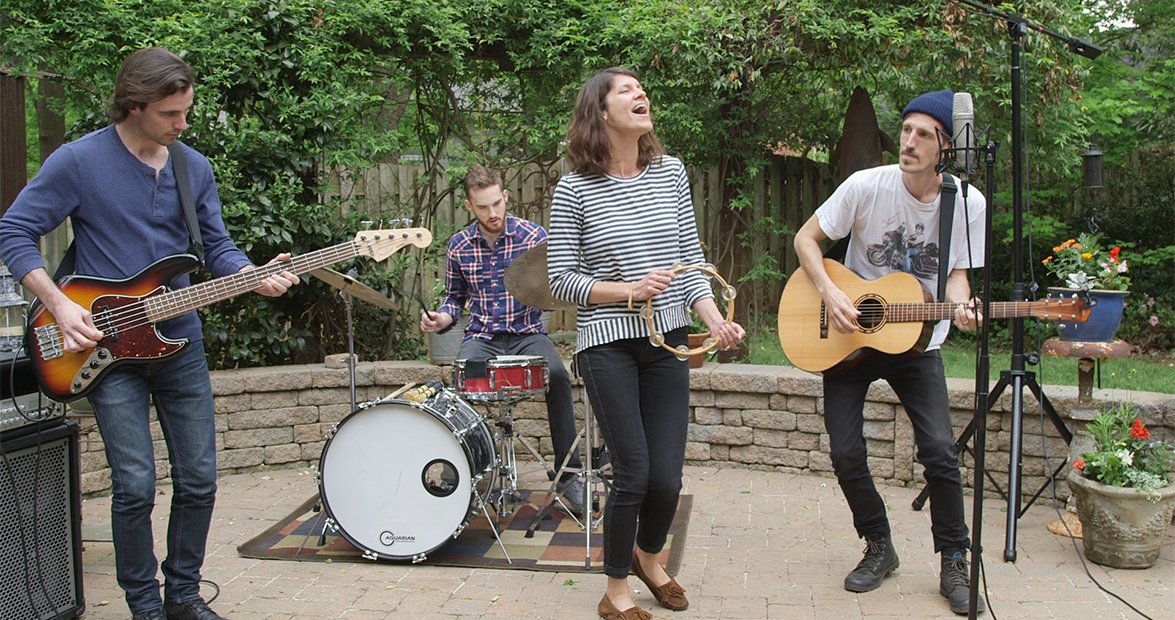 Lauren and Daniel, husband and wife and native North Carolinians, have been making music together since 2012. Their evocative lyrics, subtle harmonies, and interactive performances have captivated us along the way.

On April 14, 2015, they released their sophomore album, a self-titled collection of songs written in the past year. According to their website:

Though the songs began with one acoustic guitar and two voices, many of them grew in size and scope while the band recorded them at a small studio outside Charlottesville, Virginia. Daniel and Lauren enlisted the help of good friends Edd Kerr, Joseph Dickey and Dan Faust (engineer, bassist and drummer, respectively) to allow the songs the kind of expansion they were hearing in their imaginations.

They plan to continue touring through the next several months. Learn more about Lowland Hum and see their upcoming tour dates at lowlandhum.com.