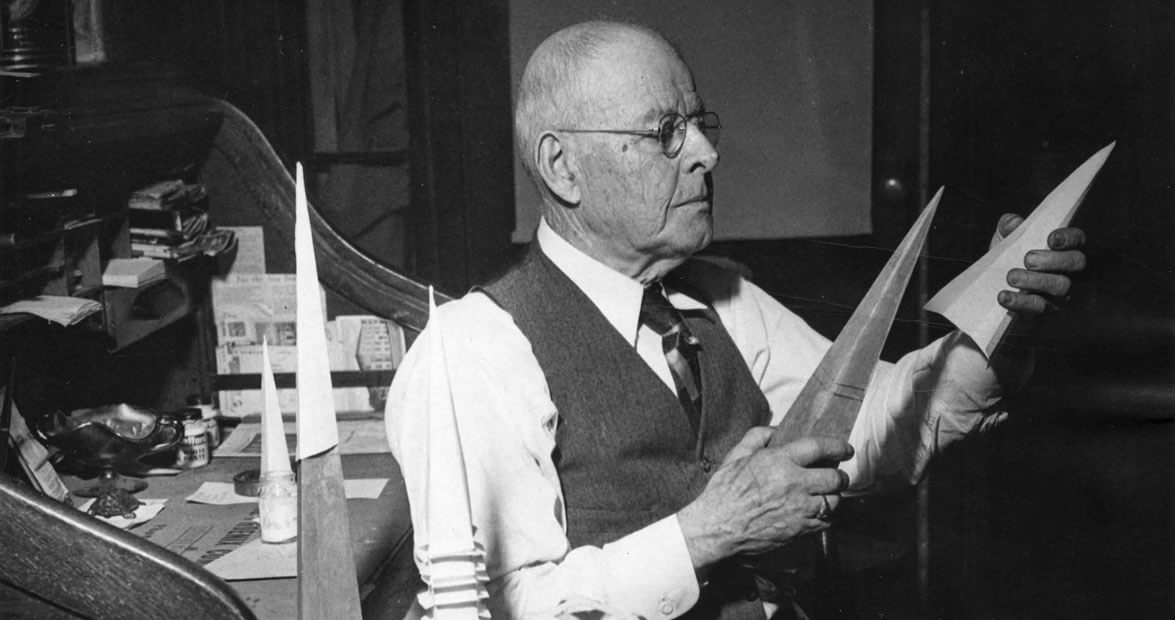 With calculated care, Julius Lineback pieced together the rays of his first Moravian star, wooden pieces clacking together and sharp tips jutting out.

Dating back to a schoolhouse geometry lesson in 1830s Germany, this symbol of worship first came to America when groups of Moravians, including Lineback’s grandparents, settled in Pennsylvania and what would later become Winston-Salem. It wasn’t until years later, however, that the Moravian star made its first physical appearance in the area.

Using pyramid-shaped molds that he found in his accounting office, Lineback experimented until he had crafted a star with 26 rays, launching his career as Winston-Salem’s first and only star maker.

When he died at the age of 95 in 1930, his son Harry carried on the star-making tradition, by then an integral part of the holidays in Winston-Salem. Prompted by a letter to the editor of the Winston-Salem Journal, in 1959 city officials displayed 64 around downtown to celebrate Advent and provide a cheerful reminder of the city’s rich Moravian roots.