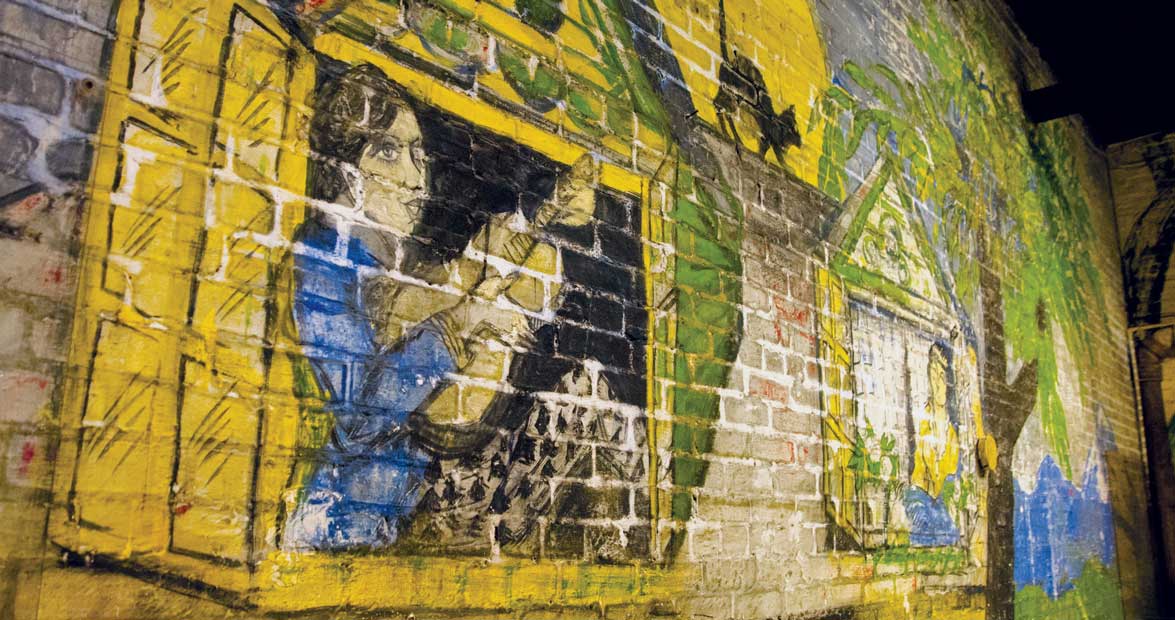 Witches, goblins, bats, and black cats adorn the walls of a basement storage room in an unlikely place: the Biltmore House in Asheville. This is the Halloween Room, where brightly colored murals of Russian folklore, a platoon of wooden soldiers, and other scenes have covered the brick walls since 1925.

The paintings have always been something of a mystery — why are they here, in a home known for its sophisticated and elegant decor? For years, it was thought that the room was used for a Halloween party hosted by Cornelia Vanderbilt Cecil and her husband, John, at which guests were invited to decorate the walls.

But in 2012, Biltmore’s curators discovered a link between the paintings and a Russian theater troupe. In the 1920s, an avant-garde Russian cabaret called La Chauve-Souris (The Bat) toured the United States with enormous popularity and success. Inspired by the abstract set designs of Russian artists Sergei Sudeikin and Nicolai Remisoff, the Cecils spent three weeks painting the storage room, using the show’s program as a guide. They hosted a gypsy-themed ball — complete with cauldrons and glowing fires — in the Halloween Room as part of their New Year’s celebration on December 30, 1925.