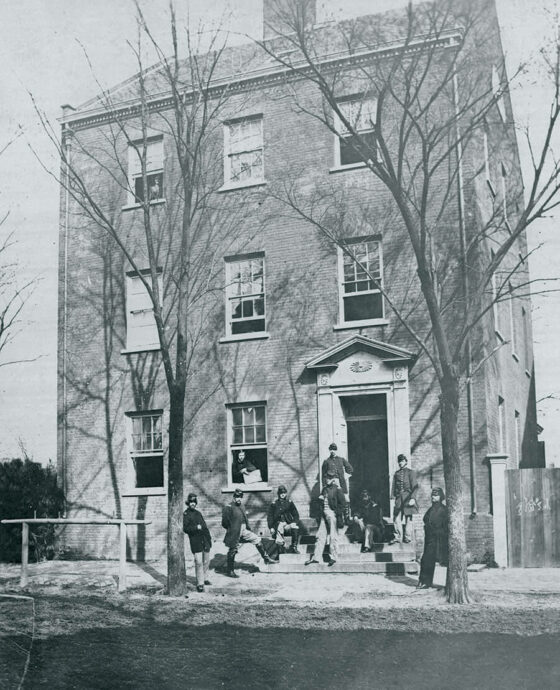 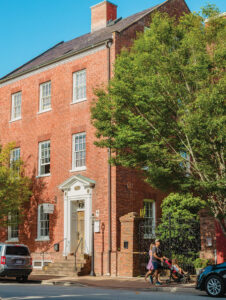 So much for Southern hospitality. In the spring of 1862, when Union soldiers descended on New Bern and commandeered Isaac Taylor’s house for the headquarters of the 45th Massachusetts Regiment, the Taylors didn’t exactly welcome them with sweet potato pies.

Isaac Taylor, a successful maritime merchant and landowner — and, by the way, the great-great-great-grandfather of legendary singer-songwriter James Taylor — was long dead. But it is believed that some or all of his unmarried daughters still lived in the three-story house, and they weren’t about to vacate the premises for any blankety-blank Yankees. According to town lore, Phoebe, Catherine, and Frances Taylor — in their 40s and 60s — continued living on the mansion’s third floor and remained there for the duration of the occupation by Union troops.

The sisters refused to even associate with their unwanted houseguests, arranging for food and other provisions to be delivered to a third-floor window via a pulley mechanism rigged up on the side of the house.

More than 150 years later, the historic Isaac Taylor House still stands at 228 Craven Street in New Bern. You can still see remnants of the stubborn sisters’ unique bucket contraption on the south side of the building, a tangible reminder that the Civil War was, in fact, anything but civil.