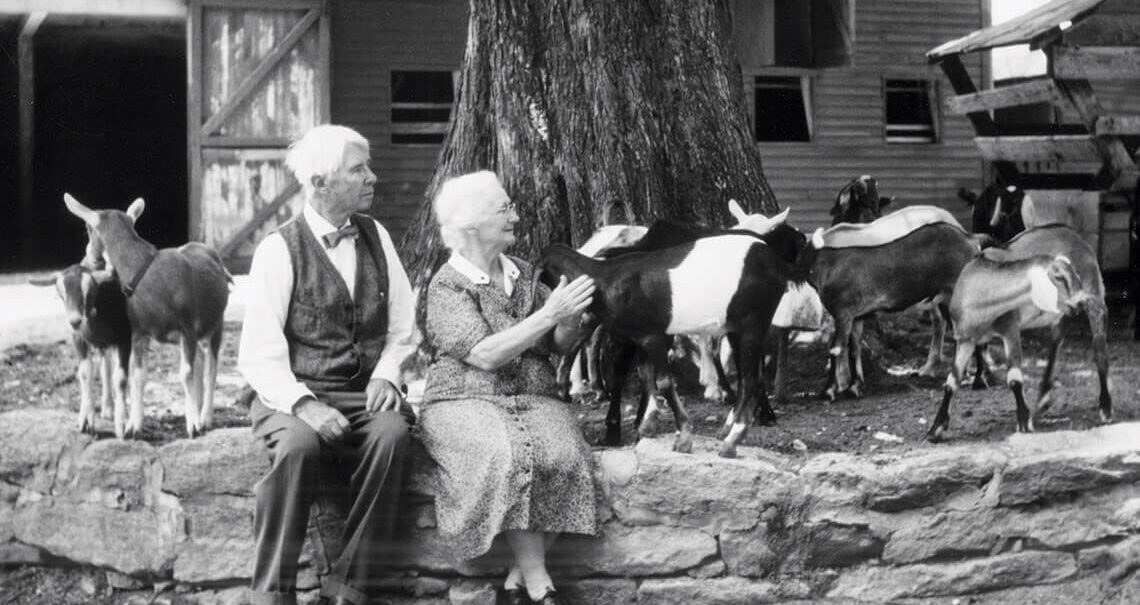 When Lilian “Paula” Sandburg decided to raise goats, she wasn’t kidding around. Paula, the wife of literary giant and Pulitzer Prize winner Carl Sandburg, became renowned in her own right as one of the nation’s preeminent dairy goat breeders. In fact, it was her goat-tending that brought the Sandburgs to North Carolina.

Paula’s pastoral passion began in Michigan in 1935, when the couple’s youngest daughter, Helga, begged her parents to buy her a milk cow. Carl butted heads with Helga but agreed to let her and Paula buy a goat instead — actually, three goats. The goats began to multiply, and within a couple of years, Paula had a full-fledged herd.

By 1945, when the Sandburgs settled in tranquil Flat Rock, Paula had become a champion goat breeder. Though largely self-educated on the topic, she published numerous goat-related articles and was in high demand as a speaker and breeding consultant. If there had been a Pulitzer for goat ambassadorship, she might have won it.

The Sandburgs moved to Flat Rock at Paula’s request: She knew that she’d find greener pastures and a more favorable environment for her goats here. And she was right — she turned the family’s Connemara Farms into one of the nation’s most successful goat farms.