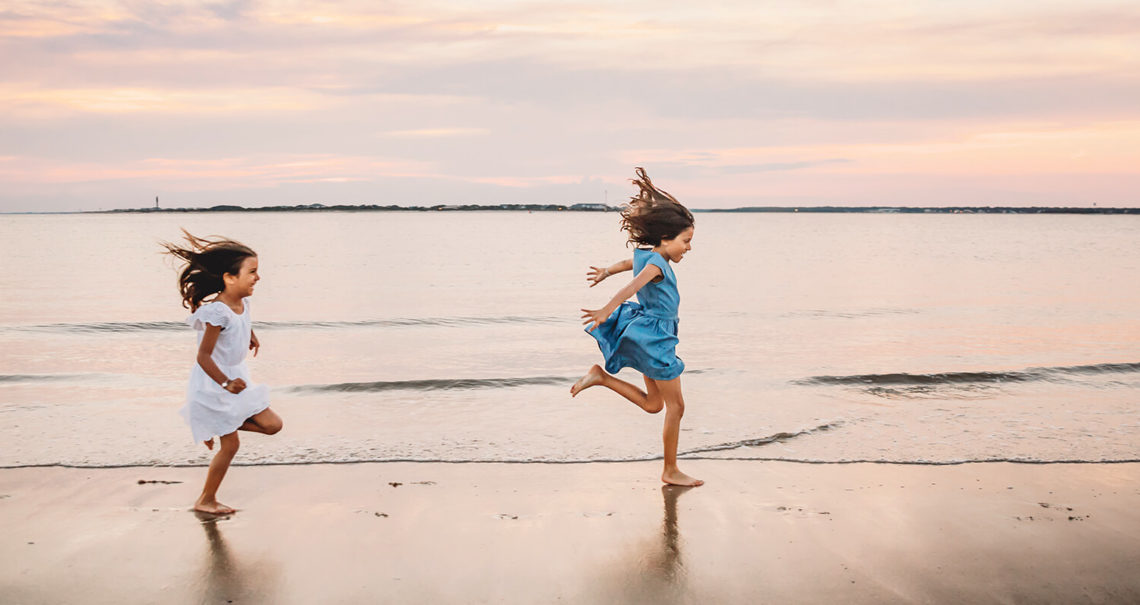 June is sandcastle season, and time to answer the age-old question: Where’s best to build? A safe ways away from the waves? But then that child or grandchild or cousin will need to haul water to the construction site. And the bucket handle will break, or the co-builder will tire or get interested in the curious broken shells scooped up along with the salt water. Never mind the water itself, leaching, draining away in mere seconds, before you’ve built your first turret or even upended the first sand-filled plastic mold.

Nearer the ocean then, where, three handfuls down, you’ll reach that crucial seawater supply. But then you’ll watch that child or grandchild grow downcast, even sob at the sudden loss of a grand, moated fortress — painstakingly adorned with bits of shell, the rare butterfly wings of a perfect periwinkle — to the unexpected rogue wave.

That sad summertime lesson of childhood, along with stubbed toes and beestings, is why I always, always opt for a drip castle. Oh sure, nothing is finer than walking past the efforts of a family with a full-blown palace in the works, complete with full-size shovels and sun-warmed, water-filled moats deep enough for the toddler to lounge in.

But give me the simple, effortless drip castle instead, where texture, not talent, matters most. No bucket needed, just a scoopful of sandy slurry and an index finger. Drip, drip, drip the thin batter, widening the base, growing the cone. Another handful, and a slender steeple of droopy discs rises, looking less like sand than melted icing, or rivulets of lava. Bigger may be better, but not prettier when it comes to a fairy-tale city of spires, sandy stalagmites whose loveliness lies in their fragility. Dribble a Rapunzel tower anywhere: the top of your foot, the beach chair armrest, between someone’s shoulder blades. If it topples or tumbles, who cares? In a minute, you’ve begun again. Drip, drip, drip.

While the tide’s still out, take your straw-haired, salt-sticky self to somewhere on North Carolina’s 12,000 miles of estuarine coastline — the second-largest system in the United States. Because: crabbing. Again, you don’t need much in the way of materials — lengths of the string that I guarantee are tangled somewhere in your cottage’s drawers, a few of those triangular lead weights from a tackle box, a package of chicken necks labeled just that from the grocery. And patience. I almost forgot patience, the wherewithal to watch the chicken skin float lazily in the water off the pier or reedy slope. To wait, stooped and squinting, barely breathing, until you glimpse a curious crab inch nearer, reach a tentative claw, latch on greedily. To ever so slowly, slowly, slowly tug at the line as you Pssst! to your pal to ditch his own string for the net and slowly, slowly, slowly dip it beneath the wary crab, or poise it just above. Whush! And if you’re lucky, there’s still the real skill of clattering the stuck, clutching crab into the bucket. Again: Drop the line, inch it forward, whush! And again. Until your shoulders are sunburned and your eyes are strained, and you’ve got a bucket full of crabs.

Then, let them go. Because if you think that child or grandchild was bereft when the water claimed his castle, it’s nothing compared to their horror at claws clicking frantically within a pot of boiling water.

An hour’s left in low tide. Time enough for shelling, when the ocean’s treasures are laid bare, there for the plucking. A Scotch bonnet, a half-whelk, a tiny spiral. Collect carefully — the bucket again — and line them on the porch railing, or beside the outdoor shower (where the sand, always the sand, is grittily embedded in the bar of soap) to gleam wetly, then dry. Should you string your finds? Paint them? Mount and frame them? No, leave them for the next visit or another renter to discover, a display of nature’s finery. Gifts from the sea lose their luster, and their magic, when hauled home. Like the sandcastle and the crabs, the thrill is in the creating, the catching, the seeking.

Sun, salt, sand. Shells, castles, scuttling creatures. It’s summertime at the beach. Get out there, but hurry. The tide’s coming in.