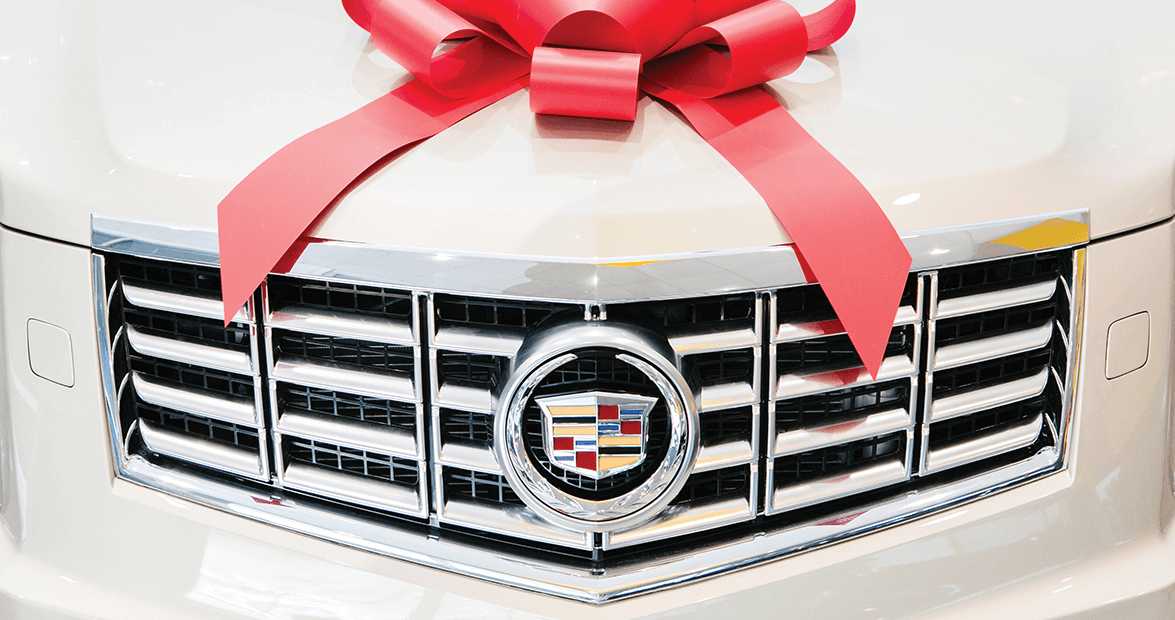 Bill Black II, of Black Cadillac Olds in Greensboro, had a saying that anyone who knew him never tires of repeating: “If you can’t make a living by 11:00 a.m., you’re in the wrong business.” It’s an apt philosophy from someone who took his cars, his clients, and his leisure time both in stride and seriously. Checking out of the office before noon is a pie-in-the-sky ideal for most of us, but if you’re going to wish for pie-in-the-sky ideal luxury, what better wish than for a Cadillac? The distinctive grille, the classy script font, the soft-as-leather-because-it-is-leather upholstery. Will Bill Black Chevrolet Cadillac tie a big red bow on a surprise gift of a Christmas Cadillac? They will.

Legend holds that Bill Black II returned from World War II — where he fought with the Marines in the first landings on Guam and Guadalcanal — swearing that he’d never drive anything but an American car. A patriotic declaration, never mind necessary: “The other manufacturers had been blown up,” Black’s son, Bill Black III, owner and current president of Bill Black Chevrolet Cadillac, says. “Germans, French, United Kingdom, Japanese — gone.” Black II had been employed at a Cadillac Olds dealership in Atlanta. In 1945, General Motors began divesting its distributorships, offering to finance and train prospective dealers. Black, a natural salesman, stepped up, invested, and moved to Greensboro in 1955 to purchase Adamson Cadillac Olds, which he renamed Black Cadillac Olds. His company’s slogan, “All-American Dealer,” was coined in the ’60s. During that era, Black raised the big American flag that still flies over the lot today.

In that decade, that heyday before imports, a Cadillac was the car and Black Cadillac Olds was the place to purchase it. The classic, best-selling, best-loved models bore names as familiar as our own: The four-door Sedan de Ville. The two-door Coupe de Ville. The de Ville convertible. And the flagship: the Eldorado.

Nearly every feature of the automobiles was custom. Wooden steering wheels were a popular add-on, as were FM radio and a power antenna. Air-conditioning, introduced in the ’50s, was expensive — $500 — and was usually installed in already-purchased cars. Bill Black III, who at age 12 went to work for his father (“A guy who had tattoos up and down his arms — and that meant something in 1959 — had me wet-sanding and prepping before painting. I’d go home with bleeding fingers,” he says.), helped to install his last air-conditioning add-on in 1963, when AC in Cadillacs became standard.

The exterior colors buyers preferred were fire engine red and Carolina blue (both boasting white interiors, of course), both of which Black père personally owned, along with a snow-white model with houndstooth upholstery. Bill Black III explains the color preferences this way: “That generation grew up with black and white. Photographs, television, even clothing. So they were attracted to brightly-colored cars.” This generation grew up in loud, vivid colors. Ergo, “We drive mostly black, white, or silver cars.” He remembers, however, Greensboro’s decorating doyenne, Virginia Zenke, ordering a black Cadillac with brown leather interior. This anomaly took place in the late ’60s, and, “Everyone here was appalled” at that color scheme, including the manufacturer, who actually called the dealership to confirm the peculiar combination. “Now,” Black admits, “fully half of all Cadillacs are black with brown.” Zenke was a seer of style, even in the car she drove.

“Elvis came through,” recalls Black. “All the rock ’n’ roll stars drove Cadillacs and, when playing in Greensboro, brought their cars here to be serviced.” In 1958, one particular celebrity, in town for the Greater Greensboro Open, purchased his first Cadillac at Black Cadillac Olds: Gary Player. Black II and Player became good friends, and Black visited the famous golfer several times at his home in South Africa. 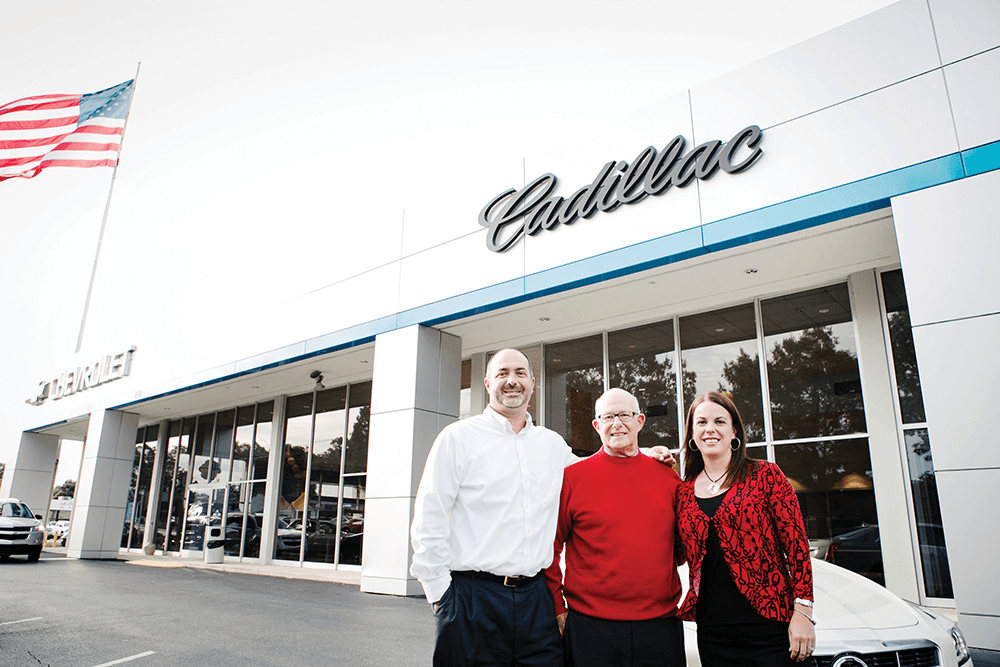 The size of Cadillacs began to shrink in the early ’80s, and the famous bench seat, the “sofa with a steering wheel,” became extinct. Blame airbag specs — not enough room in the dashboard — for its demise. But though the de Villes, the Sevilles, the Fleetwoods — most of the cars that people associate with Cadillac — aren’t in the showroom anymore, memories and anecdotes live on. A friend recalls his grandmother’s 1980 Fleetwood, so large that it had a jump seat. “When you passed a car, you could watch the gas meter go down,” he says. “There was a 10-second delay between the front and back tires crossing railroad tracks. You could have lived in the trunk. She drove it for so long that when she died — and left the car to me — it read FLEETWOO on one side and LEETWOOD on the other.”

Call it a boat, call it a canoe, but don’t call it a “Caddy.” Dealers disapprove of the diminutive. And they’re vigilant about their branding. Woe to the advertiser who touts a given product as “the Cadillac” of toasters, or blenders, or carpets. And a Cadillac remains the ultimate gift. A customer whose husband “had always driven awful cars that never worked” attributes her high blood pressure medicine prescription to the Christmas she bought him a navy blue Cadillac Seville in the early ’80s. “I was 28 years old and writing this huge check!” she still moans.

One wonders if she ran into Mr. Black himself, who, on Christmas Eve, annually hired a limo and went Christmas shopping along with his right-hand man, Charles Jeffries. Their first stop was always Schiffman’s Jewelers.

Bill Black II died in 2003. Today, three generations of Blacks have been behind the wheel, so to speak, at Bill Black Chevrolet Cadillac, which will celebrate its 60th anniversary in 2015. For all those years, the dealership has sold between one and two new or pre-owned Cadillacs every day. Do people truly buy cars on Christmas Eve? Is Bill Black Chevrolet Cadillac open on Christmas Eve? They do, and it is. There’s still time for a surprise in the driveway. Still time for that epitome of Christmas wishes, that ultimate Christmas gift. Best of all, you can have it wrapped.