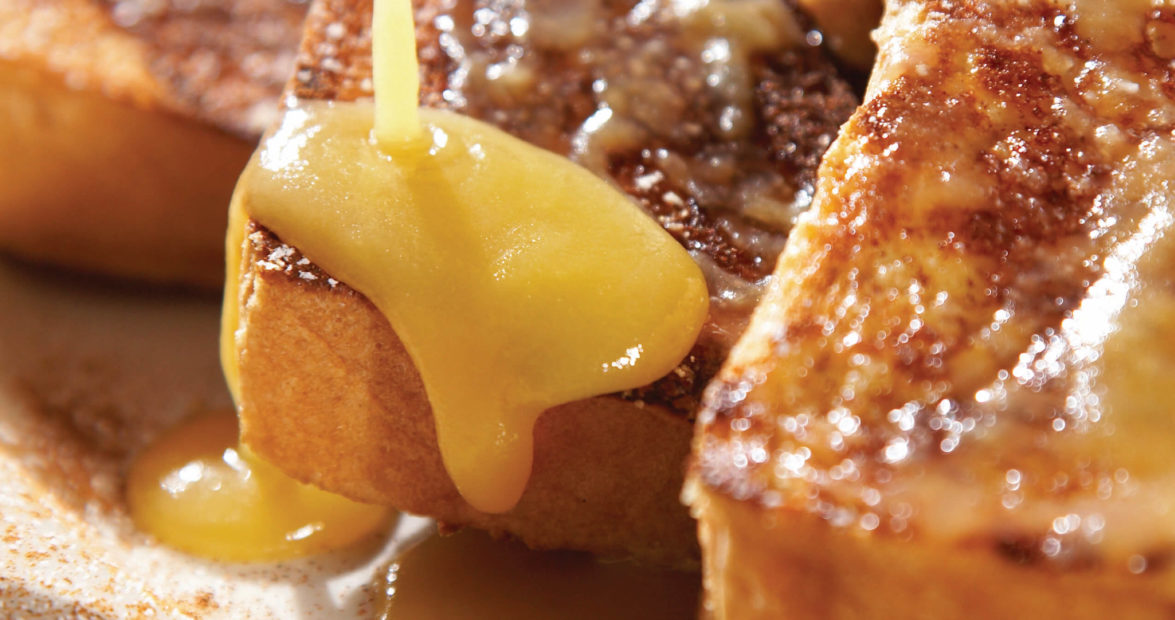 Sabre Littleton recommends the fluffy scrambled eggs. Kathryn Holcombe touts the homemade bread — “They bake everything fresh,” she says. Bruce Wise is all about the French toast with the restaurant’s signature butter-cream syrup — “You just gotta taste it yourself.” And Larry Cotton says to try the cinnamon buns.

Owner Ben Litwiller, who runs Baker’s Square with his wife, Lana, is appreciative. But he’s not surprised. After all, he says, good food and hospitality are second nature. Raised on a dairy farm in Michigan, Litwiller comes from a family of Mennonites. “I was raised on country cooking and come from a family that loves good food.” His wife shares a farming background. “We both really enjoyed having people over and dining at our house, so we kind of said, ‘Maybe we ought to start doing this as a business.’”

They began in Kentucky at a Mennonite restaurant called the Dutch Essenhaus — German for “House of Eating.” In 1999, they moved to a Mennonite community in eastern North Carolina near Vanceboro and opened Baker’s Square in the building that now houses Yoder’s Dutch Pantry.

In 2005, Litwiller decided that a country-casual cafe would fit downtown New Bern’s historic shopping district, so he renovated an abandoned building between the post office and Middle Street Landing. Preserving the 1911 facade, he and his brother, Josh, finished the interior with 14-foot ceilings, exposed beams and brickwork, heart-pine flooring,
and a rough-hewn cypress staircase.

In addition to freshly baked bread, biscuits and buns, Baker’s Square offers hearty breakfast fare, including the Baker’s omelet and pancakes. “The Baker’s omelet has everything in it except the kitchen sink,” Litwiller adds.