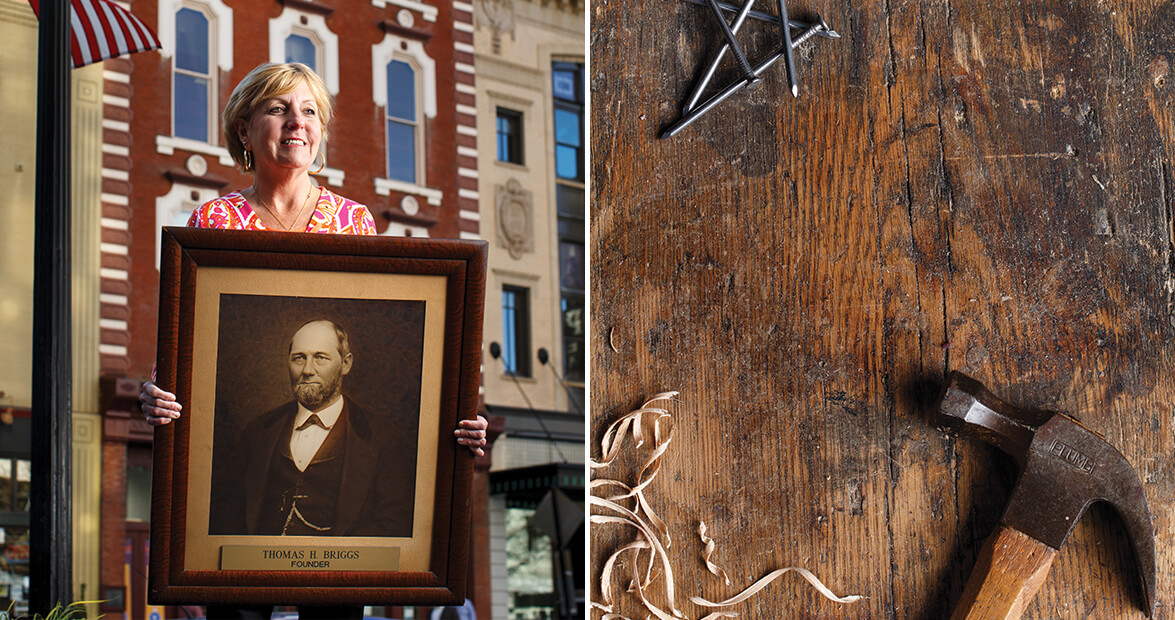 Briggs Hardware sells a lot of plungers. It can barely keep them in stock. Maybe it’s the old plumbing in the old buildings that surround the store in its cozy spot on East Hargett Street in downtown Raleigh. When Briggs opened there — its third location — in August 2015, the first person who walked in the door needed Weed Eater trimmer line. That was a head-scratcher. There aren’t any lawns downtown, right? On this day, a young couple comes in to buy a tarp and coos hungrily at a country ham for sale right near the checkout. The hams are good sellers, too.

What the owner, Evelyn Scruggs Murray, is trying to say here is that, in this incarnation of Briggs Hardware, she’s not selling the things she thought she’d be selling. Her business plan? Out the window. Her reaction to these confusing market forces is a chuckling, Who woulda thought? followed soon after by a head-wagging, You never know.

Today’s Briggs Hardware barely resembles the old Briggs that used to be out on Atlantic Avenue, or the even-older Briggs that opened in 1865 on Fayetteville Street. This one is narrow and jam-packed with a hodgepodge of sandpaper, Chapel Hill Toffee, left-handed aviation snips, North Carolina-made Bloody Mary mix, and birdhouses, which hang from the ceiling a few feet above head-whacking level. It’s hard to snap a picture of the whole store, because there are shelves upon racks upon stacks of things. On every space not laden with merchandise, there’s a reminder of the past: historic plaques or portraits of stern-looking gentlemen with the name Briggs underneath. 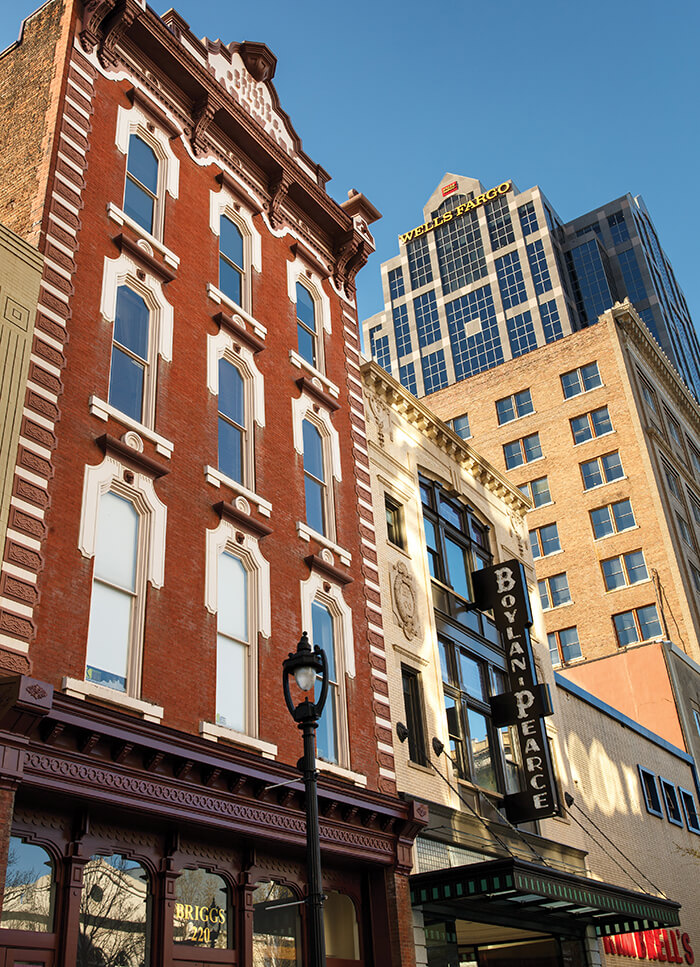 The Briggs Building, built in 1874 on Fayetteville Street, was Raleigh’s first “skyscraper.” The hardware store there was a landmark until it moved to a new location in 1995. photograph by Jerry Wolford & Scott Muthersbaugh

Here’s something you won’t notice just by looking around: Briggs is a great front for a handyman business. Stu Davis is manning the register today. People come in all the time, asking him if he knows someone who can hang a heavy mirror, or maybe assemble a complicated bed. Sure, Stu says. Me. “These people down here,” he says with a gentle grin, “can’t do nothing for themselves.”

These people down here reside in a new, younger downtown where most folks, traditionally, did not live. In fact, the Raleigh that Briggs Hardware inhabited for the majority of its long life was a far different place. In 1874, the store moved into Raleigh’s first (and now oldest) “skyscraper,” a four-story, red-brick building. But the business was always more than just a store. The Briggs family also built homes in the Oakwood and Mordecai neighborhoods, and did some of the detail work at the old State Capitol.

The store itself quickly became a mainstay in downtown, stocked with all that anyone could need to conquer the tasks of daily life. There were big rolling ladders on either side to reach the highest shelves. There were plenty of pots, pans, and paint cans. You could buy a single screw, or nails by the pound. Locks? In the basement. Contractors and carpenters milled about. Big trucks loaded and unloaded on the street out back.

Evelyn, now 55, couldn’t give it up. “I honestly couldn’t let it happen to my ancestors,” she says.

There was, for a time, no toy store in the city. Briggs was it. In the 1960s and ’70s, a young Evelyn spent Decembers wrapping footballs and bicycles that had been purchased on layaway. Raleigh’s collective Christmas presents filled the second and third floors (the fourth floor was inhabited mostly by pigeons). During the Christmas parade, Evelyn’s grandfather would throw open the big upstairs windows, and kids would sit on the ledges and gawk.

Then came reality. The Fayetteville Street pedestrian mall eliminated parking for a time, and business dropped off. Briggs moved to Atlantic Avenue in 1995, but closed in 2015. Five generations of family owners seemed to be the end of the line.

But Evelyn, now 55, couldn’t give up on the store. “I honestly couldn’t let it happen to my ancestors,” she says. So she pulled strings, pooled her money, and got the little store open again. Two weeks into it, her father died. He’d worked in the 1874 shop and managed the Atlantic Avenue location. At least he got to see the new store, she says, and, in a way, say goodbye to the old one. “A week before he died, I walked him back in there,” she says of the old Briggs Building on Fayetteville Street, now the City of Raleigh Museum. After he passed, Evelyn put a rose in front of the new store. “All of my days there made me who I am now,” she says. She didn’t particularly like wrapping all of those presents as a kid. But the experience certainly made her a hard worker.

The Briggs name, although fading, is still a nostalgic one in Raleigh. Grandpa — James E. Briggs, who was once Raleigh’s mayor — used to clack away on a typewriter in his office, sometimes holding court with News & Observer reporters. His wife, Agnes, ran the toy department, sometimes discounting bikes or sneaking a free doll to a needy girl.

Carrying on the tradition can be a heavy weight. “Sometimes I don’t feel like I’m living up to their expectations,” Evelyn says of her ancestors, “but I’m trying.” She spends every waking moment on social media, constantly posting pictures of everything from new Melissa & Doug dolls to air filters. It’s working. Last December, people made it a point to do their Christmas shopping at Briggs. They weren’t just passersby. They’d come in on purpose. This may not be the hardware store Raleigh grew up with, but even six generations in, there’s still some of that Briggs magic to go around.