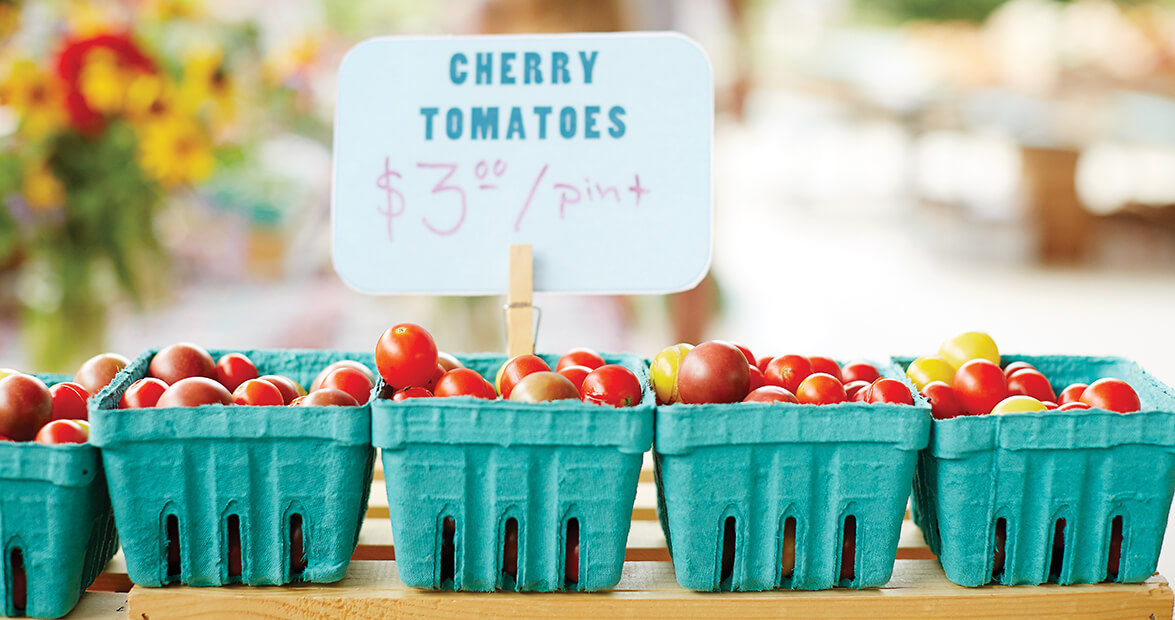 You probably shouldn’t trust a produce stand with pavement. Gravel, dust, ruts, yes. But asphalt? Be suspicious. And I’ll overlook a pyramid of grapefruit before the first crops come in, but, really, any North Carolinian knows there’s no citrus growing on the back 40. Joyful is the day when the handwritten signs appear on the highways, advertising strawberries, tomatoes, peaches, and corn Just Ahead.

Pull over. Overlook the rocks holding down paper bags, the dirt in the bottom of the bins, the wobbly table. At produce stands, a certain ramshackle quality is expected, and lends credence. Someone between the ages of 13 and 73 weighs your pickings on a counter that’s really just a slab of splintery plywood. The cash register is a cigar box. And, face it, the temps will be high, but the shelled limas and crowders in baggies will be packed on crushed ice in a cooler. The point being that presentation isn’t the point. Getting the okra that’s no bigger than your pinkie, the corn that was “pulled” that morning, and the cukes that still have warts — now, that’s important.

There might be a fan. There might be a spigot. There won’t be a bathroom. Like tomatoes, produce stands come in many varieties, from the humble structure the size of a kid’s lemonade stand, to fancier ones with drink machines and ice cream and picnic tables. (Though if the word “upscale” comes to mind as you park, make tracks.)

Just make sure they’ve got the Silver Queen and the sourwood.