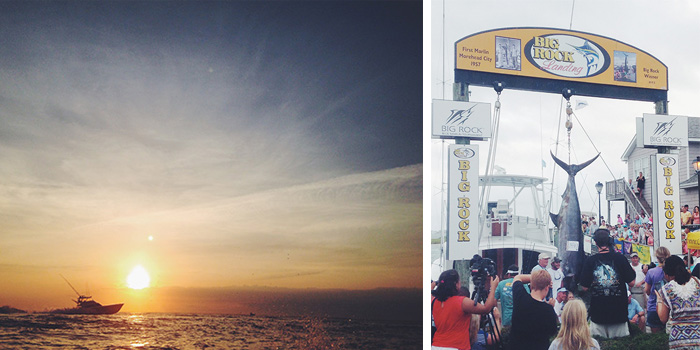 In the 1950′s the men of the Hillsborough Volunteer Fire Department decided to build a house in Morehead City, a getaway from the families where they could play cards and do whatever men in the 50′s did away from their families. Man stuff. Drinking brown liquor and smoking cigars like country versions of Mad Men characters. That house (and the one that replaced it after hurricane Hazel swept through in 1954), called lovingly by our extended family as “The Cottage” has been used as a vacation house by the descendents of the firemen (all of whom are part of our extended family) in the years since it was built. Like my dad and uncle and their cousins before us, my siblings and I grew up visiting Morehead City each summer, swimming in the marsh, fishing off the pier, boating over to Shackleford and Cape Lookout, buying books and candy at City News. 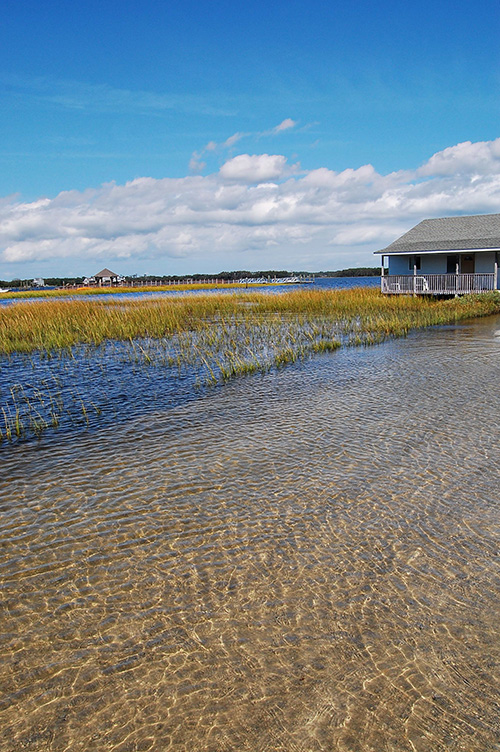 The summer after my dad graduated from the University of Richmond he and his friends came down to Morehead to hang out and unwind. According to the Capt’n after waking up and seeing the house in the light of day one of his friends exclaimed “what you’ve got here is a damn swamp house.” The house, which is situated on stilts over a low salt water marsh (not a swamp), is a structure that could only have been built before the CAMA and has stood strongly up to thunderstorm after hurricane. It has, affectionately, been called the Swamp House by our family ever since (the extended family, however, maintains that it should be called The Cottage).

The Swamp House sits on Calico Creek, which feeds into Calico Bay, the Morehead City Channel, the Beaufort Inlet, and finally the Atlantic Ocean. Growing up I mucked in the marsh, water skied in Calico Bay, stalked many a pony on the Cape Lookout National Seashore, and spent countless afternoons sitting on the bow of the boat as dad made us troll through a pack of birds diving into the waters with fishing lines cast. Later, once dad and I (and eventually most of the family) completed our SCUBA certification we explored the waters inshore and offshore in a whole new way, rolling off the sides of our 20″ Robolo onto the decks of shipwrecks.
This is all to say that Morehead, as much as any other place in North Carolina, is dear to me. Driving into town on 1-70 still gives me a giddy feeling, even though it’s a drive I do more often now than ever before. Sitting on the back porch of the Swamp House, drinking a cocktail and watching the sun set I am my most happy, my most at peace. It’s a little slice of heaven, Carteret County, which is why it was near impossible to pick one recipe, one story, one moment to encapsulate it for the Tasting North Carolina series. In fact, I put off choosing a recipe for almost two years because the task seemed too daunting. But then, as most things do, it all came together perfectly when my family converged on Morehead in early June for the Big Rock Blue Marlin Tournament, an annual big game sports fishing tournament held in Morehead City. 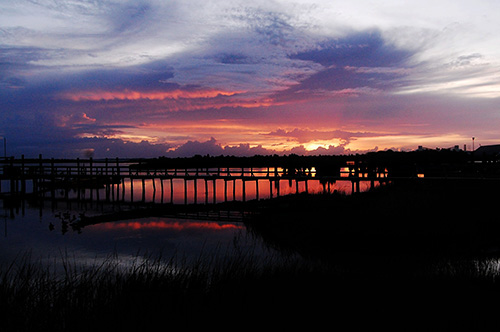 Saturday and Sunday we partook in some of our favorite Carteret County activities- floating in the waves at Radio Island, eating clam pizza at Beach Bumz, fishing and crabbing off the pier, floating on le tube in Calico Creek, grabbing a drink at Queen Anne’s Revenge (and dinner at their sister restaurant in Tight Lines in Morehead), bar crawling along the water front. It was relaxing and reminded me how lovely it can be to just unwind with family, just be together and enjoy each other’s company.

That Monday, the first day of the Big Rock Tournament, we woke up earlier than any human should, loaded the boat up with refreshments, and headed out to catch us some dolphin fish (not the mammal; the fish often referred to as mahi is called “dolphinfish” in these parts). It was a big day. Thanks to our guaranteed anti-seasickness formula (cold fried chicken, pickled okra, salt n’ vinegar chips, cold beer) we all fared pretty well, and we all had the opportunity to reel in a few big fish.

While we were on the boat we passed the time listening to the radio station that was giving updates on the tournament. Lines went in the water at 9am (it takes about 2-3 hours to get out to where the big fish live around the Big Rock), and shortly thereafter a boat calledInspiration hooked up a marlin. All day as the announcer on the radio would give the latest and greatest they would end with “and Inspiration is still hooked up.” After hours of hearing that the boat was still hooked on the same fish, we were having a hard time believing it. They couldn’t have seriously been reeling in the same fish for 3, 4, 5 hours, could they? They could. Right after 3pm the radio crackled again to announce that Inspiration had brought a blue marlin on board that they estimated weighed 600lbs. 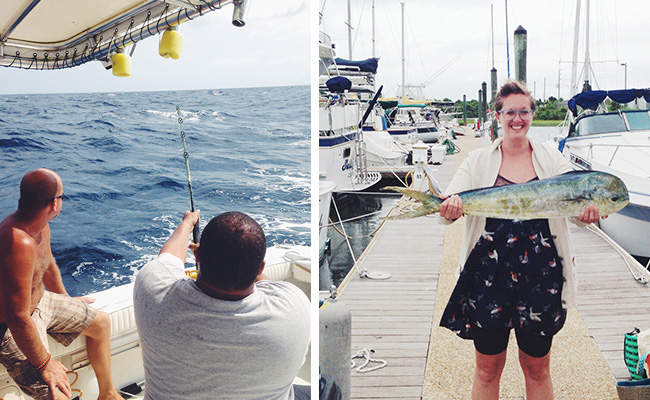 After showering and getting dressed we rushed downtown to the weigh station to see this fish for ourselves. We edged our way to the front of the crowd just as they were hoisting the marlin up in the weigh station. When the number was read, nobody could believe it- the fish weighed in at 754.3 lbs. It’s hard to describe just how gigantic that fish was and what a sight it was to see in person. This was the third largest marlin ever caught in the tournament, and the largest this century. Inspiration ended up winning the tournament on the first day, with the second largest fish weighing in over a hundred and fifty pounds less than the winning fish.

We spent a lot of time that night over dinner talking about how we would prepare our bounty of dolphin fish and dreamed up a perfect meal- dolphin fish stuffed with the crabs we had been courting off the back pier all week.

In reality, our little crab trap off the pier didn’t catch enough crab to feed all of us, so we supplemented with crab from the market. The dolphin fish, stuffed with spiced crab and roasted in a butter and wine sauce and served with cilantro lime rice and a fresh spinach salad, was the epitome of fresh local seafood. It was made even sweeter by the fact that we had caught the dolphin, walked the crab trap into the marsh, enjoyed it together at the big family table at the Swamp House that holds so many memories. 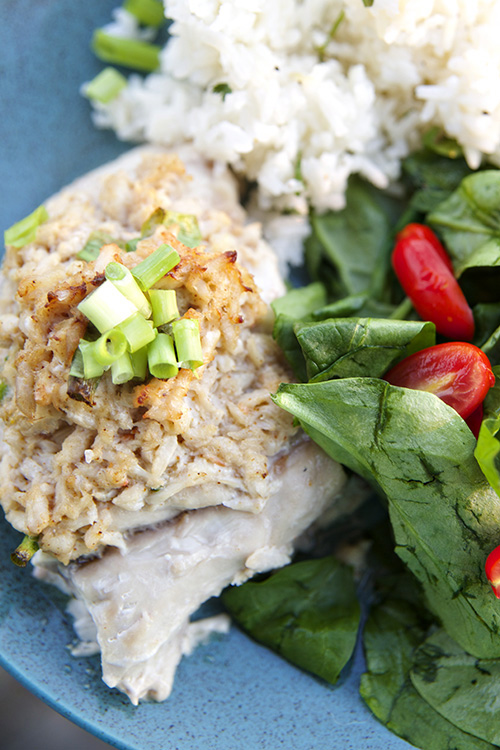