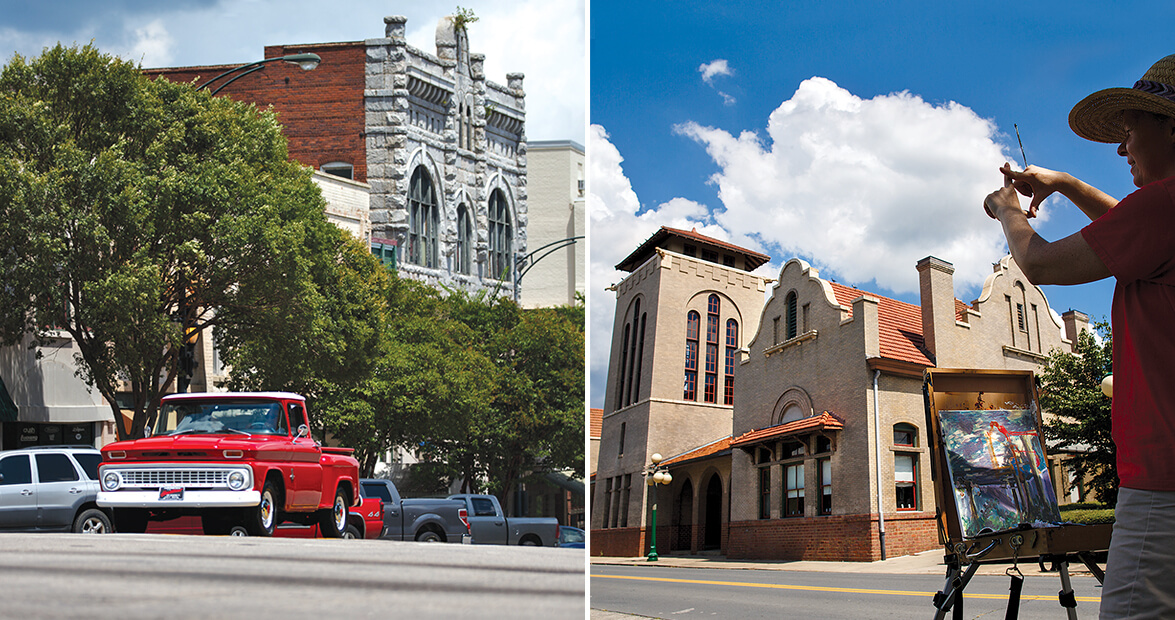 Two men pulled into the driveway of a tiny two-bedroom brick house on Faith Road, a few miles south of Salisbury. Zeda Barger, an 81-year-old widow with white hair and big, round glasses, was waiting for them in her living room. Her confusion was only beginning.

Catawba College needed $750,000 to renovate the oldest dormitory on campus, the men said. Stephen Wurster, the college president, had called Food Lion CEO Ralph Ketner to see if he knew of anyone who had that much money to give. Ketner suggested Barger.

Barger still didn’t know why Ketner and Wurster were now in her house. “I don’t have any money,” she said. To get by, her sister had been sending her money to supplement her Social Security checks. Still, Barger knew who Ketner was. She and her late husband, a druggist named J.J., had made a $500 loan to Ketner way back in the summer of 1957, when Food Lion (then Food Town) was struggling to open its first grocery store in Salisbury. 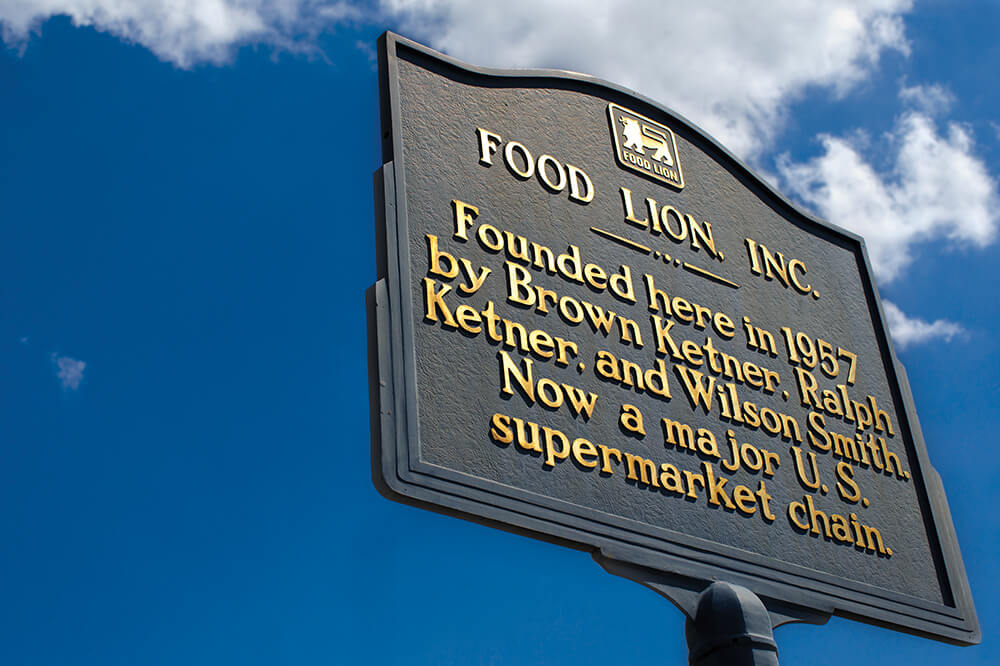 “Zeda, you didn’t loan it to me,” Ketner said of the money. “You bought stock in the company.” That $500 was now worth $2.5 million. The original stock certificates had been sitting in her dresser drawer.

Shortly after that day in 1986, Barger gave $750,000 worth of shares to the college, the dorm was fixed up, and that’s how Zartman Hall became Barger-Zartman Hall. In all, Catawba College raised $28 million during the 1980s. More than half of the donations — $15 million worth — were in Food Lion stock. “In this town you don’t ask somebody for money,” head fund-raiser Jim Hurley told Fortune in 1988. “You ask them for Food Lion shares.”

By that year, anyone who had invested at least $28 into Food Lion stock in 1957 was a millionaire, making it one of the most profitable investments in American history. The people who’d bought those shares were mostly working-class. Ketner and his business partners didn’t know anyone who might be able to give them a lot of money, so they went through the phone book, calling about 250 people who might be able to invest a little bit of cash at $10 a share. About half bought in. Names and amounts were written down on a legal pad. There were mill workers, a linotype operator, a doctor, a builder.

“When they realized their wealth, what better place to donate than their hometown?”

Food Lion struggled for its first decade, before Ketner hit on the low-price, low-overhead model that sent his company’s value skyrocketing. Soon, Food Lion became the nation’s fastest-growing grocery store chain, opening hundreds of stores across the Southeast. As Food Lion rapidly grew over the next two decades, Ketner and the company split the shares often to keep the stock price low to encourage more investment. Those splits exponentially increased the number of shares held by the original 1957 investors. Hence, by 1988, Food Lion had turned 87 of those investors into millionaires. At one point, small-town Salisbury had more millionaires per capita than any other city in the country.

Still, Ketner figured about one in four, like Zeda Barger, had no idea what their investment was worth.

Take Eli Saleeby, a Lebanese immigrant who came to Salisbury to open a small produce stand. He became an early investor in, and supplier to, Food Lion. Toward the end of his life, someone asked what he was going to do with all of his stock. I don’t have much, Saleeby said. No, he was told, you bought more than 50,000 early shares. Before he died in 1998, he was a multimillionaire.

Once people found out they were millionaires, a funny thing happened. They, and their money, largely stayed in town.

Salisbury is remarkably well preserved. Near downtown, hundred-year-old Colonial- and Victorian-style homes line the gridded streets of the historic district. One stretch of West Innes Street has a locally owned drugstore, an original Dairy Queen, the neo-gothic red-brick buildings of Catawba College, and a new hardware store in the same building where the original Food Town opened in December 1957. Downtown now features a blend of business, food, entertainment, culture, and urban living. Catawba College professor Gary Freeze says Salisbury reminds him of a grandfather clock whose innards have been refurbished. Many others remark that this is a new, old city.

Food Lion stock is a major reason why, as investors cashed in to renovate and preserve historic homes, buildings, and landmarks. Salisbury has a gorgeous Spanish Mission-style train station, still functioning, that was built in 1908. Food Lion stock helped pay for its renovation. Ketner built 24 homes for struggling families. Downtown, he renovated a seven-story building, the tallest in Salisbury, and donated it to the city to redevelop into shops and apartments. Ketner estimated that he gave away 35 percent of his fortune, and donated most generously to Catawba College, where he taught at the new Ralph W. Ketner School of Business after his retirement from Food Lion in 1991. 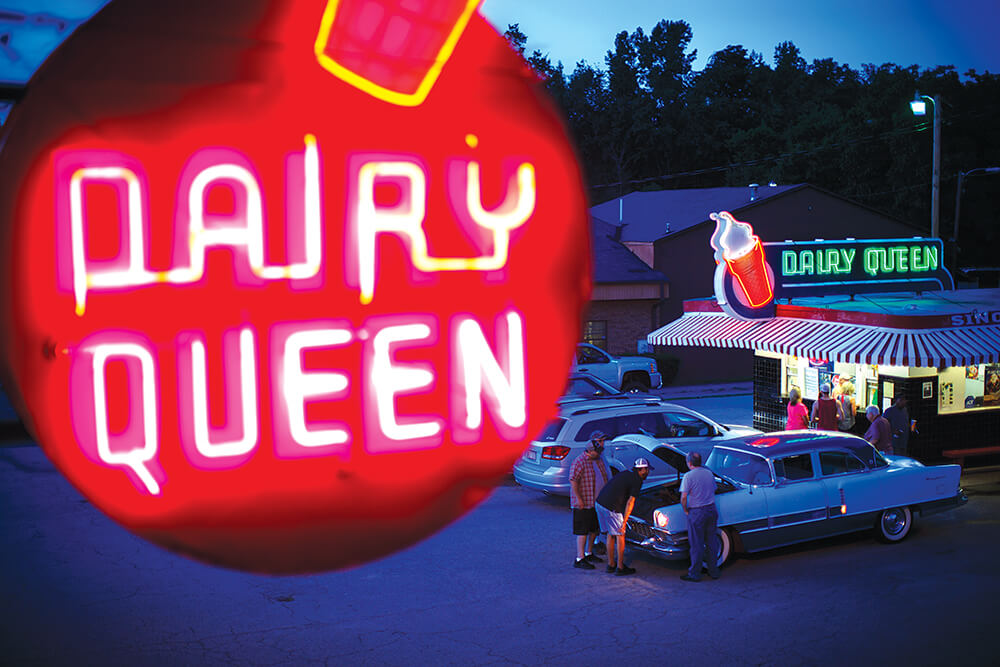 The Dairy Queen on West Innes Street has served up sweet treats since 1950. photograph by Jerry Wolford & Scott Muthersbaugh

The money also pushed Salisbury, a city of 34,370, ahead of its peers; Mayor Karen Alexander likes to call it the “Paris of the Piedmont.” There are three theaters in downtown Salisbury. One of them, the Norvell Theater, was paid for by the late Lucile Proctor Norvell, who called her Food Lion stock her “givin’ away money.” There is a symphony. There are statues and art installations scattered along the streets and sidewalks near the square downtown. Some, like a little bronze bullfrog, were made permanent. A YMCA east of town is named for Eli Saleeby. Another one is named for the Hurley family, who also paid for half of the $4 million renovation to Catawba College’s football stadium in 2003. While other cities of similar size across North Carolina have slowly receded from the glory days of textiles and tobacco, of furniture and farming, Salisbury is still, largely, intact. “If it wasn’t for Food Town stock,” says Ronnie Smith, the son of cofounder Wilson Smith, “Salisbury wouldn’t be the community it is today.”

The new millionaires could have left town for prettier places, or spent their money lavishly on themselves. Some did. But most of them, Smith says, stayed the same hardworking, community-minded people they always were. “Most of them are just plain-old people. They never had anything in their life,” he says. “When they realized their wealth, and the tax advantages of donating, what better place to donate than their hometown?”

Smith has seemingly endless stories about those original investors, each tale better than the next. You won’t believe this story. Listen to this. Here’s another for you. This is a crazy one.

Smith’s childhood pediatrician, Dr. Glenn Kaiser, bought $1,000 worth of stock. After his death, the Rowan Medical Center received a check from his estate — for $17 million.

Fred Stanback ran a headache powder company, but he was also a big early investor, and was later the best man in Warren Buffett’s wedding. He and his wife donated more than $2 million to preserve Chimney Rock as a state park.

In the mid-1970s, Smith and others created an employee stock purchase program. Some high school kids and bagboys bought in. And today, some of them are millionaires.

The energy here emanates from the spirit of the people who quietly became more than just millionaires.

Everyone who bought and held that original stock has cashed in at least a portion of it, meaning there are no more undiscovered Salisbury millionaires. And while the money continues to roll in, still funding foundations, scholarships, and projects around town, it is finite. Ketner died in May at age 95. The majority of the people he first made into millionaires are also gone, and their estates have been divvied up among their children. Food Lion, which is still headquartered here, eventually became wholly owned by Delhaize, the Belgian firm that bought into the company in 1974, leading to the first skyrocketing rise in its stock price. This past summer, Delhaize merged with another company, Dutch-owned Ahold, but long before, a share of Food Lion stock stopped being ridiculously profitable. A change will eventually come, Smith says. “The Food Lion era is coming to an end.”

The Food Lion era was about more than just cash. Salisbury learned a lot from Ketner, a hardworking math whiz who was motivated by making everything more efficient for his customers (for years, even after Food Lion became wildly successful, Ketner’s office always had cheap linoleum flooring). Hap Roberts, an early employee and shareholder, took money and know-how from Food Lion and started his own thriving business in Salisbury, and he’s far from the only one in town who’s done so. “He gave in more ways than just money,” he says of Ketner. “I think about something I’ve learned from him every single day.”

The energy here, still, emanates from the spirit of the people who slowly, and quietly, became more than just millionaires. They were already invested in the community, and when they became rich, their next investment was in Salisbury itself. They all understood just how far a little faith can go. “I am blessed beyond measure,” says Smith, who, back in 1957, received 50 Food Lion shares from his father. He, like so many others, knows the value of holding on. 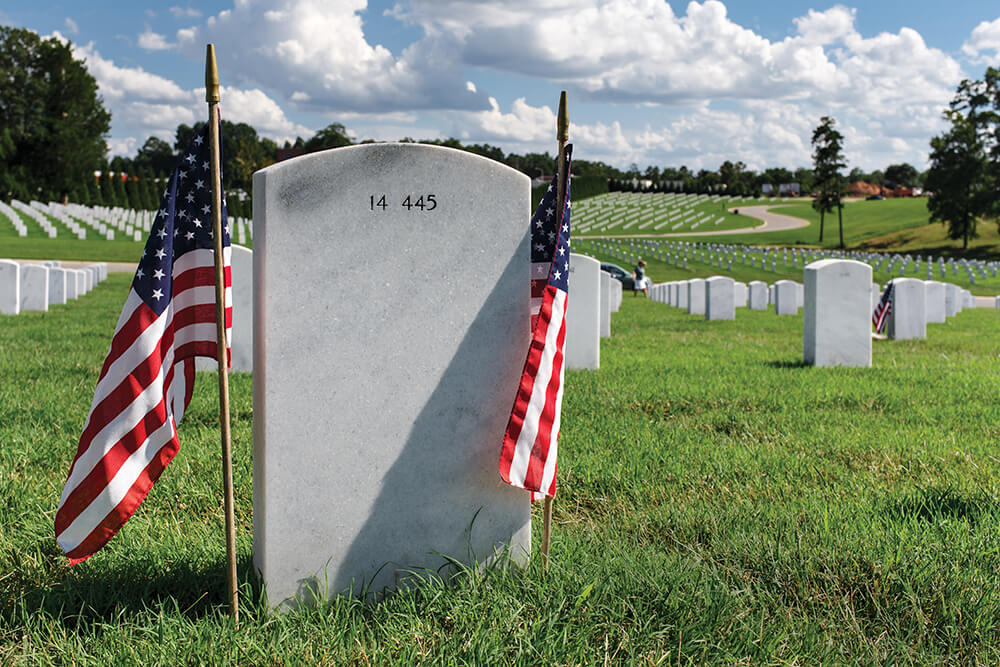 5 More Things to Know About Salisbury

Founded in 1753, Salisbury has a long, rich history. You can catch glimpses of its well-preserved past all over the city, if you know where to look.

Cheerwine
The cherry-flavored soda was founded here in 1917, and it’s still bottled by a family-run company that’s based in Salisbury.

The National Sports Media Association and Hall of Fame
For more than 50 years, the NSMA’s awards banquet has brought famous writers and sportscasters to town, and its hall of fame includes more than 80 sports media legends.

Livingstone College
This historically black private school hosted the first African-American intercollegiate football game on its front lawn back in 1892. 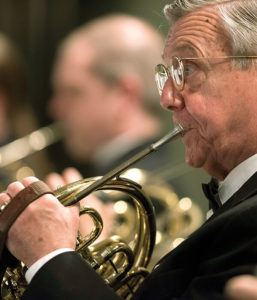