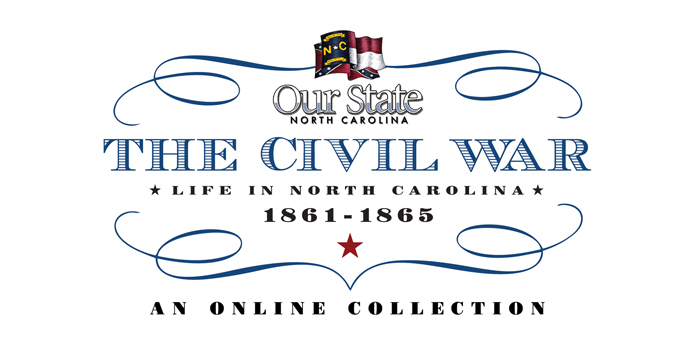 Since May 2011, we have been offering monthly stories about the ongoing human drama of the Civil War in North Carolina from 1861-1865.

I say “we” because, while I have written the series, my work has depended on the help of a talented and well-schooled cadre of professional historians, archivists, historic-site interpreters, and citizens across the state who have shared with me their ancestors’ letters, diaries, photographs, and other artifacts.

My method has been to write in the present tense with only the knowledge of the time — not the historian’s omniscient hindsight. Because, at the time, the people I’m writing about didn’t know how things would turn out. Their fortunes, their ways of life, their very lives, were on the line. That was their staggering gamble.
It was not possible to do this in a neat, sequential order, since each through-line of story transcended the present moment and arced into the future, often tangling with other story lines. So the effect has been somewhat impressionistic, as we’ve explored the strangely jubilant day of secession, the brave naïveté of the young recruits, the daring acts of runaway slaves, the plight of the women left behind on failing farms, the brassy ebullience of musicians, the grim sorrows of prison camps and atrocities, the dash of a mountaineer legionnaire, and the determined heroism of a black spy.

It is always their own words I come back to, written in the glow of hope, the dark night of despair, the moment of held breath between battles.
So whenever I sit in a quiet library in Charlotte or Chapel Hill or Wilmington and read a letter penned by hand, by lamplight, on the eve of battle, I remind myself that the fellow writing it doesn’t know if he will survive tomorrow’s action. He feels anxiety, longing, suspense, dread, fear that he will not comport himself with bravery, fear that he will never see his family again. That is what is in the faded ink or the faint penciled lines with such whimsical spelling, the beads of sweat staining the page, the brown discoloration made by a drop of chicory coffee.

After all these months, the war has become so real to me that it is almost unbelievable in its vivid melodrama, surreal in its physical and emotional intensity. For me, the series has been — and will continue to be — an adventure of discovery. I still have a lot to investigate: the workings of the crucial railroads, the shipbuilding enterprise, how the families and soldiers handled bereavement, the uncanny beauty of structure they achieved in their candid letters, and of course Sherman’s final march — to name only a few.

As a writer I believe that there are plenty of things happening in the world that defy easy explanation and that I must be humble in claiming to know exactly what happened and why. So I am careful to draw lines around what little I know for sure, content to allow the greater part of history to remain mysterious.

The voices in the letters and diaries have entered my head. Their struggle feels visceral, personal, anguished. I laugh at their jokes and argue with their politics and listen to their campfire songs, captivated. I watch their surgeons wield their terrible tools with such delicate violence that I can’t turn my eyes away. I watch the women bear up under terrible hardship. I watch the slaves endure and then, some at least, prevail, and my heart leaps with their triumph.

So I will keep writing their story for a very simple reason: I can’t wait to see how it turns out.

One hundred and fifty years ago, our nation faced a trial by blood and fire.

The American Civil War tested every founding principle; clarified every political loyalty to family, state, region, and nation; and called upon citizens in every state to sacrifice for their cause. In the North, the cause was preserving the Union; in the South, it was preserving a way of life that included slavery, the economic driver of Southern wealth and power. Indeed, the war can be seen as a struggle between two economic theories existing in two separate moral universes governed by two very different ideas of states’ rights and the lawful powers of the federal government. North Carolina’s Legislature was the last of the 11 states of the Confederacy to adopt an ordinance of Secession from the Union, and the state remained bitterly divided throughout the war.

In North Carolina, the conflict was a civil war within the Civil War, as “secesh” sympathizers were bushwhacked by Unionists — their neighbors — in the western counties and parts of the east, and retaliated in kind. People were kidnapped and lynched, homes were burned, the innocent and the not-so-innocent alike exiled from their homes.

Before war’s end, more than 125,000 North Carolinians would fight for the Confederacy, and more than 30,000 would give “their last full measure of devotion” — the greatest loss of any Southern state. Five thousand slaves, mainly from the coastal counties, would enlist in special regiments in the Union Army, and 10,000 white men would also fight in blue.

The port of Wilmington served as Robert E. Lee’s lifeline until it fell in 1865, as North Carolina was invaded from the sea and by Sherman’s army from the south. The arsenal at Fayetteville made precious weapons for the Confederate cause. In a hundred other ways, North Carolina was at the center of the conflict. We all remember Lee’s historic surrender at Appomattox Court House. We forget, however, that the war continued in North Carolina for 17 more uncertain days until Gen. Joseph E. Johnston surrendered the last Confederate Army east of the Mississippi to Gen. William T. Sherman at a farmhouse near Durham, and the war truly ended.

In this series, the battlefield will never be far off, and the major events of the war will unfold more or less chronologically, but our focus will be at once more personal and more thematic than a catalog of campaigns. In these stories, we address the lives of the common soldier, the families left behind, the slaves and free blacks caught in the cultural sea change wrought by the war.

It’s a rich and complex story, and many of its facets remain surprisingly relevant to contemporary life. The war magnified the best and the worst of the human spirit and bequeathed us a legacy that, a century and a half later, we still ponder. 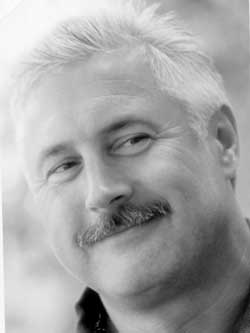 Philip Gerard is the author of two historical novels set in North Carolina: Hatteras Light and Cape Fear Rising. He has just completed a novel about Paul Revere and his famous ride on the eve of the American Revolution.

Gerard’s nonfiction books explore topics as varied as the history of the schooner yacht Brilliant (Brilliant Passage) and the adventures of a top-secret band of artists and engineers who staged a campaign of deception against the Germans in World War II (Secret Soldiers), which led to multiple appearances on The History Channel’s military series, “From Tactical to Practical.”

Gerard is the chairman of the department of creative writing at the University of North Carolina at Wilmington. He lectures widely on the art and craft of writing history-based stories. His book, Creative Nonfiction: Researching and Crafting Stories of Real Life, is a standard in college classrooms across the country.

His writer’s credo: “I believe in the writer as a witness to evil, as a reporter of injustice, as a chronicler of human compassion, even on occasion of greatness, as one whose skills illuminate the Truth with a capital T, without irony. I believe it is the job of the writer to put into words what is worst — and also what is best — about us. To light up our possibilities, discover the finest lives to which we can aspire, and to inspire our readers to greatness of soul and heart.”

To view all stories from Our State‘s Civil War Series, visit https://www.ourstate.com/topics/history/civil-war-series