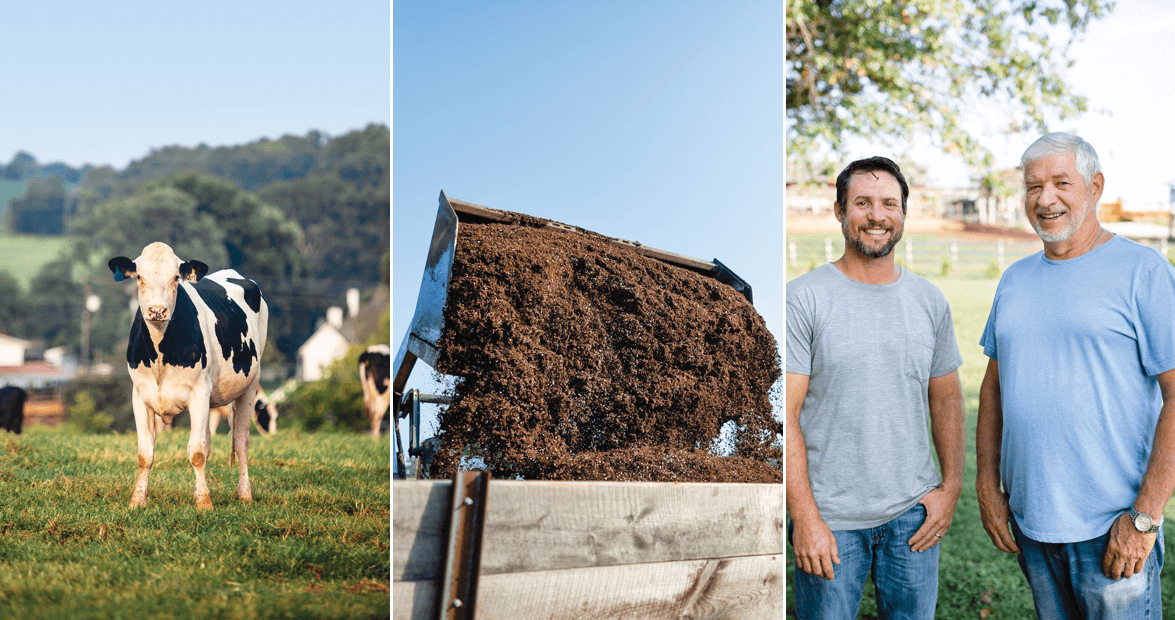 Why Joseph Alan Smith was nicknamed “Daddy Pete” is a question that even his great-grandson Alan Smith doesn’t know the answer to. But the name stuck to the 102-acre farm that Joseph bought in 1907 to raise beef cattle, and today, the historic Century Farm outside of Statesville is known as Daddy Pete Farms. Second-generation Sledge Smith began raising turkeys, and third-generation Gar Smith maintained the farm as well.

A distinctive, familiar tang scents the air on Daddy Pete Farms. That’s because, no matter what else happens — weather, prices, tariffs, trade deals, taxes — one product on any livestock farm is a constant: manure. In the late ’80s, Alan began exploring cow manure compost. Scientists and colleges came calling to see what he was doing with his cows and his triangular, four-foot-high windrows of compost, carefully tended and turned inside former chicken houses. “We were composting before it was cool,” he says. By 1991, the Smiths shipped their first package of Daddy Pete’s Plant Pleaser. Today, the farm produces 22 kinds of certified organic manure compost — including Mushroom Compost and Kickin’ Chicken — carried in more than 400 independent garden centers and nurseries. You can’t miss the white bags splotched with black, designed to resemble a Holstein’s hide.

Mere feet from Daddy Pete’s office windows, the actual Holsteins wander contentedly between daily visits to the milking barn and their individual sawdust beds. “We pamper them real good,” Alan says. “Got to keep the ladies happy.”

For information on where to purchase Daddy Pete’s Plant Pleaser, call (704) 585-2355 or visit daddypetes.com.