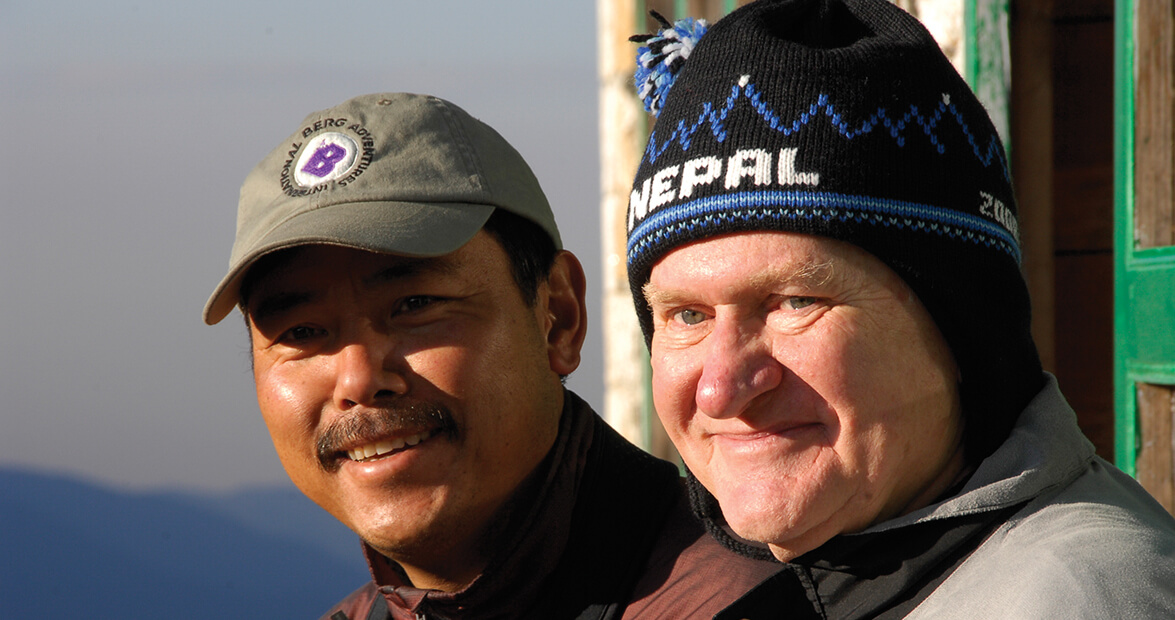 Charles Martin is the kind of pediatrician who doesn’t mind taking calls from concerned parents when he’s off-duty. Sometimes, he takes those urgent calls while he’s halfway up the world’s tallest mountains.

Martin, 78, has treated generations of people in Jacksonville. Currently, his oldest patient is 48.

“No, really,” he says. Martin may be the only pediatrician in the state who might need to consider accepting Medicare.

“I can’t imagine he would ever turn anyone down,” says Linda Davies, a good friend.

He’s always had a listed phone number. “I’ve always liked taking those calls,” Martin says. “I feel closer to my patients that way.”

And they keep calling, no matter where Martin might be. At the wedding of his godchild nearly 15 years ago, a friend asked about Dr. Martin’s summer plans. He didn’t have any.

“What about climbing a mountain?” the friend asked.

That mountain was Kilimanjaro, which, at 19,341 feet, is the tallest in Africa. Martin has climbed it five times, summiting three times. He’s visited base camp at Mount Everest, which stands at 17,590 feet. He’s climbed the 16,854-foot Mount Ararat in Turkey, where Noah’s Ark is believed to have come to rest. He’s climbed the highest peak in Europe, Mount Elbrus in Russia, which rises 18,510 feet. He’s been climbing in Bolivia and Argentina, too.

Some climbers seek to be the first in their group to the summit. Martin moves more slowly — by choice. On one trip, he lingered near the back so he could enjoy the journey with a photographer, to get a new point of view. On another, he served as team doctor for a group of special-needs climbers from Canada who were summiting Kilimanjaro, an experience he still calls “one of the most unbelievable I’ve ever had.”

When you ask Martin about the trips, he doesn’t talk about the mountains. He talks about the people. 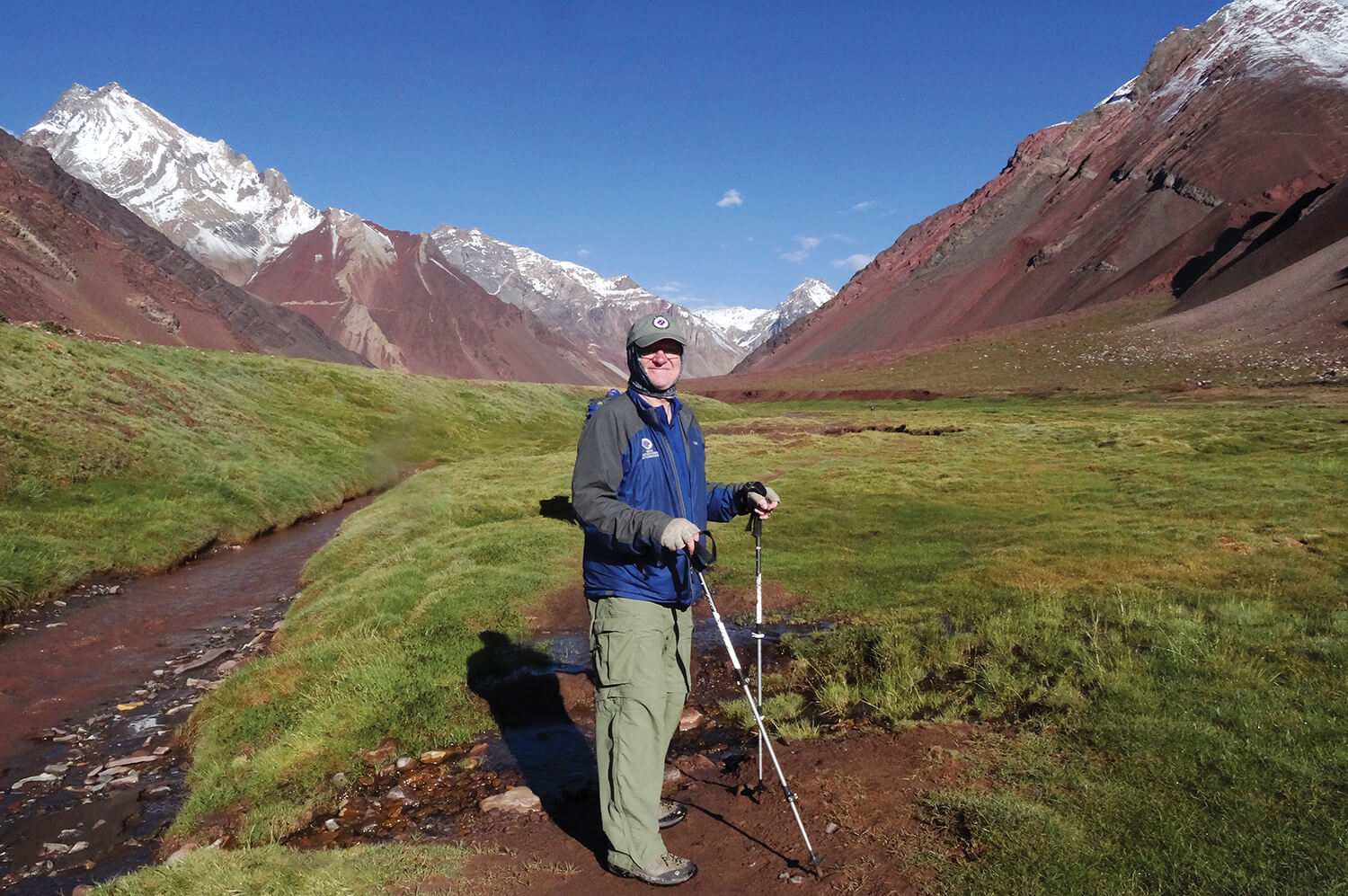 Martin prepares for a 13-mile ascent toward Camp Mulas in the Andes Mountains in Argentina. photograph by Charles Martin

The former 82nd Airborne paratrooper has slept in the crater at Mount Kilimanjaro. But he’d rather tell you about the perspective he’s gained from making friends around the world.

“The people have had such a profound impact on me,” Martin says. “Many of the people in these countries who help us climb the mountains do it just to survive. I gave a porter a tip and he told me, ‘This will buy me 100 pounds of rice, which will take care of my mother and two children.’ How can you not be affected by that?”

That impact continues long after Martin leaves the mountain. In Tanzania, he watched as schoolchildren hauled water in a wagon for four miles on a dirt road. When he returned home, he joined some friends to raise money to dig a well near the school.

Deke Owens is a Jacksonville attorney who grew up as one of Martin’s patients. Over the years, he’s been on six climbing trips with him. “He is truly amazing,” Owens says. “I have never been on a single trip with him where he hasn’t connected deeply with people who he still keeps in touch with today.”

The duo has a simple goal for the near future: When Martin heals from a broken leg, they plan to return to Nepal. As he approaches 80, Martin has mountains left to climb and new friends to meet.

“I can’t think of anyone in the world with whom I’d trade my life,” Martin says. “If I was going to have a heart attack right now, the last thing I would say would be, ‘Thank you, God.’”