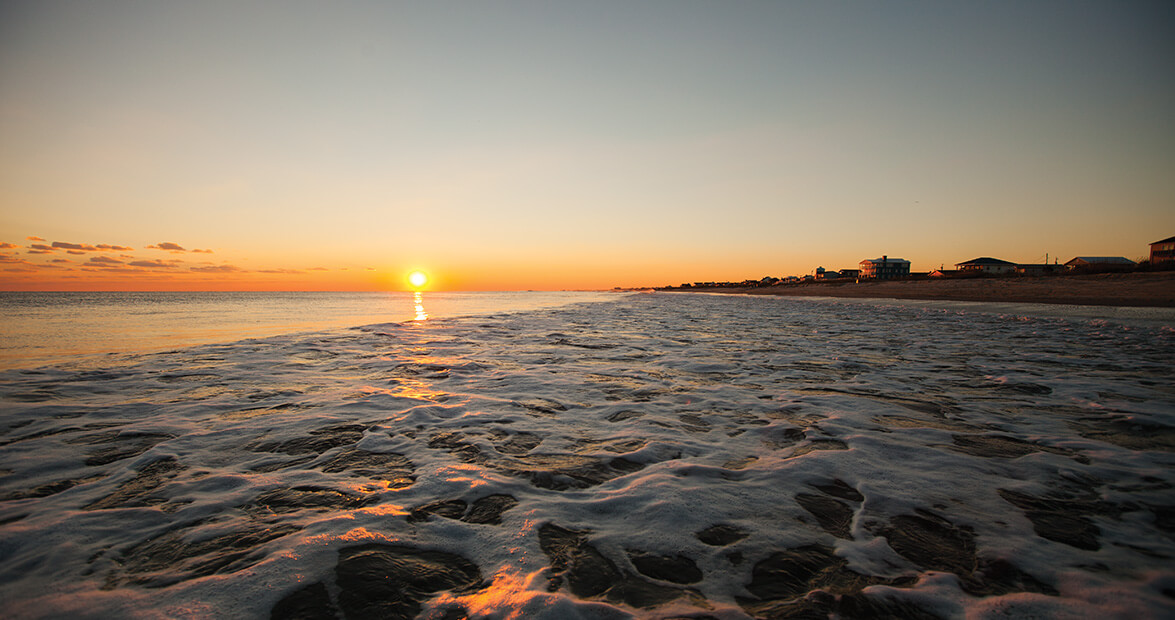 If you’re not thinking all that hard about it, Sunset Beach won’t strike you as having an unusual town name at first. It sounds quite idyllic, actually. Then you take into account its location on the Eastern Seaboard, where — by all logic — you should be able to watch the sun rise but not set.

The Earth spins toward the east. The sun sets in the west. These facts are ingrained in our brains. So surely, you’d have to go to the West Coast or the Florida Gulf Coast to witness the magnificent ball of gas descending at the edge of the ocean, right? But if you ask year-round Sunset Beach residents, who plant themselves in patio chairs many evenings, you’ll get a different answer.

When you pull out a map to look at Sunset Beach, you’ll notice it runs east-west, as do others, including Oak Island, Atlantic Beach, and Bald Head Island’s southern beach. When night falls, spectators on the eastern side of beaches are actually witnessing the sun setting on the western side.

But don’t forget that the Earth’s tilt is a curious thing. Just as it is responsible for the changing seasons, it also plays a role in where exactly the sun falls. While the sun sets due west during the first evenings of spring and fall, it is a different story during the summer and winter solstices.

In the summer, the sun sets at a position that’s 23.5 degrees higher than when it is at its equinox, which doesn’t lend itself well to sunsets. But in the winter, the sun follows a path that’s 28 degrees south of west, making vivid bursts of evening color viewable from equally beautiful beaches. For those unaware, watching the sun set on the East Coast is quite the surprising site but always a welcome one.